From musician to mortician: Catching up with Danno O'Shea

With COVID-19 restrictions halting live entertainment, the Sault-born drummer for My Son the Hurricane and band manager is making the most of his downtime
Oct 23, 2020 3:30 PM By: Frank Rupnik 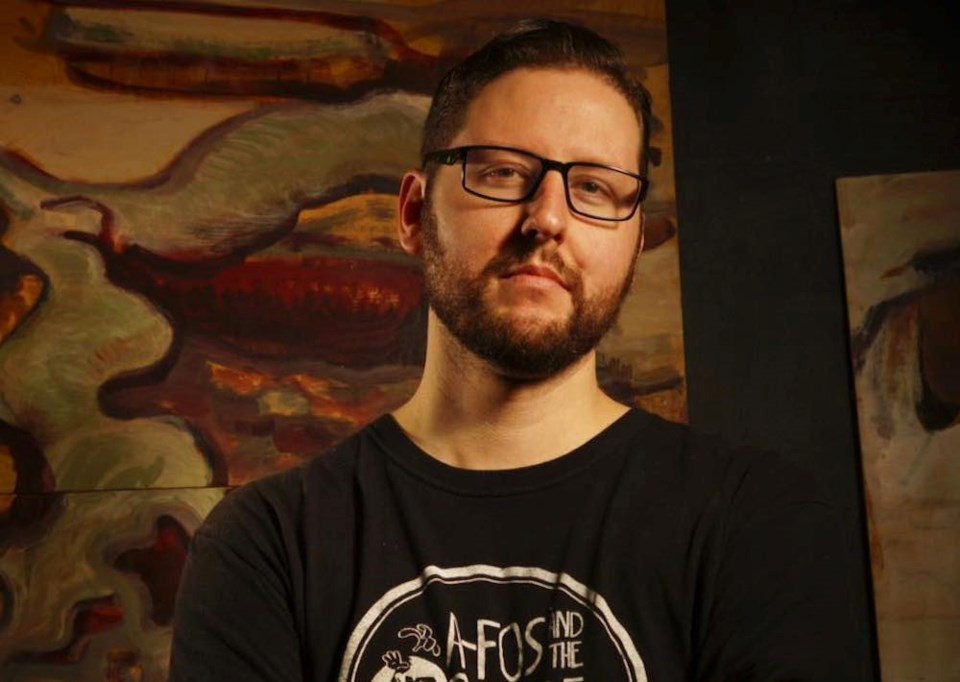 The band’s music has been described as a New Orleans style, funk, jazz, hip-hop mix and when My Son the Hurricane performs its high-energy show, you hope the fun never ends.

The fun may not have ended, but it was certainly interrupted.

A 90-day world tour just got rolling when COVID-19 stopped the Hurricane in its tracks.

“We should have been in Slovenia today,” said the band’s drummer/agent and Sault native, Danno O’Shea.

They did a drive-in concert and a few socially distanced shows, but eventually decided to put things on ice.

“Next year is well planned, but there’s only so much speculating you can do,” said O’Shea.

“We’re not in the worst position. We got to play a lot more than a lot of people did, but it’s been a tough year to chew on,” he added.

COVID hit the performing arts community particularly hard. O’Shea said people in the industry are the first to go and the last to come back.

My Son the Hurricane has been around for more than 10 years. That’s an advantage at a time like this. “It’s particularly difficult for groups at the beginning of their careers,” said O’Shea, who is an agent for 16 other acts and the owner of a record label called Vegas Funeral Records.

“I think I had 400 shows booked and I think eight of those shows happened,” said O’Shea.

He also worries about some of the smaller venues where performers cut their teeth and hopes these will be able to weather the pandemic.

Currently, members of the band – which includes more than a dozen musicians – have taken the down-time opportunity to do some writing, among other things.

For example, O’Shea is pursuing another passion, which is the funeral business.

You read that right. The funeral business.

“Ever since I was young, I wanted to be a funeral director/mortician,” said O’Shea. “A close family friend worked at Arthur’s Funeral Home when I was younger and I vicariously followed her career through mortuary school to becoming a funeral director. We all get to the end of life and when that time comes, someone needs to be there to help.”

O’Shea works at two funeral homes in St. Catharines and he’s in mortuary school. He hopes he’ll be able to do both funeral work and music.

He admits it may be a pipe dream, but the gaps of time between touring may allow him to fulfill this goal.

“It’s been a nice change for me,” said O’Shea. “People assume folks in the mortuary field are sullen and dark. I usually find it to be kind of opposite. I have a pretty big personality.”

That personality and the unusual blend of working as a musician and mortician will be on full display in a CRAVE TV series that focuses on such unique stories. Taping for the yet-to-be-named show begins in a few weeks. O’Shea expects it to be aired some time in the summer of 2021.

It’s obvious he doesn’t shy away from the spotlight. This is also true when it comes to talking about the personal issue of alcoholism.

There’s no anonymous in O’Shea’s experience as an alcoholic. He’s been sober for over six years and is willing to tell anyone who’ll listen about the joy of recovery.

“I wanted to be out," said O’Shea. “I wanted people to know recovery was not only possible, but very doable. It’s not my job to save anyone’s life. My job is to deliver the message.”

He’s very aware of how the pandemic can create fertile ground for substance abuse.

“I think people are starting to see why touring musicians often over drink and over use. It’s because we’re battling things like boredom, anxiety and loneliness. In a pandemic year those things are hitting more people. Some for the first time,” he said.

O’Shea normally talks to one or two people a month about their substance abuse, but since COVID he talks to people every other day.

“It’s hard to know how to react to a situation like this. There’s no guidebook to this.”