There are no indications as to when the Gore Street facility, which has been hailed for its approach to social issues, will reopen
Jun 25, 2020 2:34 PM By: Frank Rupnik 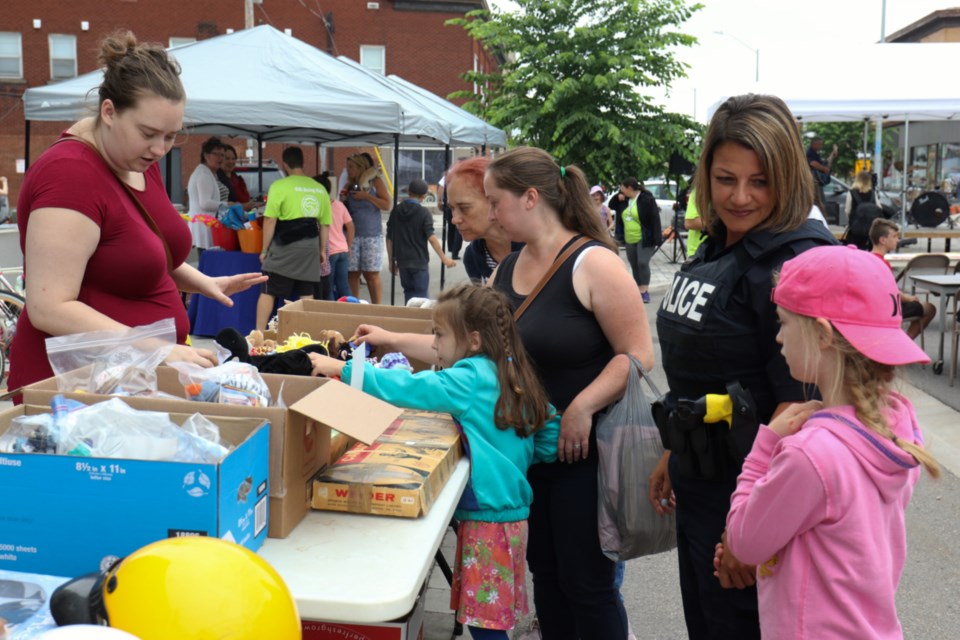 A street party on Gore Street was held about a year ago to celebrate the fifth anniversary of The Neighbourhood Resource Centre (NRC).

The centre brought together more than 40 social service agencies to take a proactive community approach to deal with crime and poverty.

“It’s common sense if they come in here and get support,” Police chief Hugh Stevenson told Sootoday’s James Hopkin at the time. “They’re not in crisis, no one’s calling about them and they get the support they need, so the police are dealing with more immediate issues – more long-term issues – and we’re not dealing with a crisis situation that was averted by the resources and partnerships that are here.”

Today, the NRC joins the rest of the world in dealing with a crisis called COVID-19.

The centre is closed and Sault police spokesperson Lincoln Louttit said there’s no timeline in place for reopening.

The NRC was one piece of community policing. The police are staying in touch with the agencies that made use of the centre’s services. Those in the community who need services are encouraged to contact agencies directly.

One agency which made the most use of the centre is the John Howard Society.

However, not having the NRC has an impact.

“We were very involved in the resource centre,” said Lajambe. “We were there every day.”

She said having a place where you could meet groups of people in an informal setting over a cup of coffee provided excellent access, but with COVID, group gatherings are not possible at NRC or at the John Howard offices on King Street.

The John Howard office is in the process of reopening pending the arrival of plexiglass. Some clients who had no other access were trickling in to the office, but it was very limited and the setting is not the same as what was offered at NRC.

“Our office sees people by appointments, so NRC was a good avenue to reach people who didn’t have a case manager,” said Lajambe.

Lajambe has no idea when the resource centre will resume its former role. She said it may be a year, or more, but the work and partnership with police continues.

“We have a very close working relationship with the police,” said Lajambe. “We continue to have that relationship. We hope to develop a strategy to reach out to those higher needs clients.”

Sault City Councillor Luke Dufour addressed the topic of policing and social services at a recent meeting of the District of Sault Ste Marie Social Services Administration Board. The board issued a statement in light of recent debates across North America on reallocating police funding.

Dufour, who is chair of the board, said the NRC is a good example of the type of community work already being done by the police in the community.

He said the success of NRC in getting the attention of so many service agencies is a result of the police involvement in leading the initiative.

He described the police as an organization that commands community respect, especially among people who work in non-profit.

Dufour said the work done by an organization like the NRC is important because it brings information about a wide array of services in one location.

“It’s a real problem on the ground for people to try to access services,” said Dufour.

He said when someone is in a vulnerable situation and they are referred from one agency to another, they may just give up.

“Through things like the NRC, we try to develop more of a one-window approach,” he said.

Dufour sees organizations like the NRC helping the police move away from roles that should be filled by social workers.

“Police have a very specific and very important job to do,” he said.

Dufour has heard stories about police officers spending a good part of their shifts helping people look for housing or find other services they need.

“I commend the officers for going the extra mile, but from a governance standpoint, I look at that and say that’s not how it’s supposed to work.”

Dufour said the COVID crisis may by a jumping off point to new ways of delivering social services built along the lines of what NRC offered before COVID hit.