Sault Michigan Mayor Don Gerrie looks forward to the border reopening
May 21, 2020 11:30 AM By: Frank Rupnik 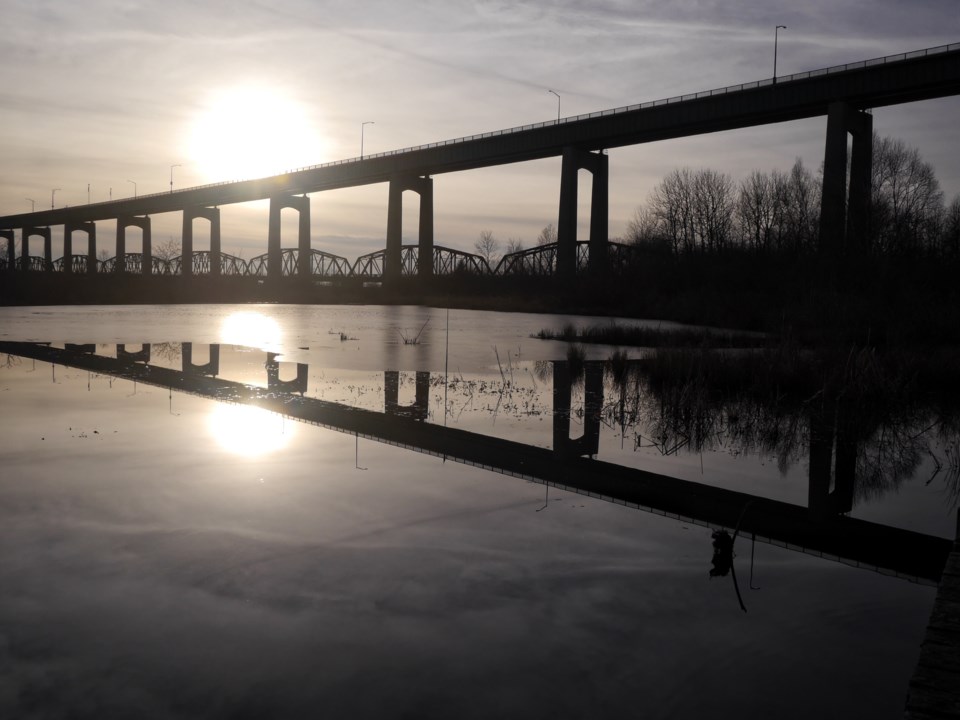 The International Bridge is pictured in this file photo. Michael Purvis/SooToday

While it will be at least a month before the regular routine of commerce and friendship with our sister city across the river returns, reopening the border can’t come soon enough for Sault Ste. Marie, Mich. Mayor Don Gerrie.

“We miss our Canadian friends and neighbours,” said the mayor, who has only been in his post since November 2019.

Along with the friendships, Sault Ste. Marie, Michigan is feeling the financial sting of separation brought on by COVID-19.

“Some businesses reflect 50 per cent of revenue from Canadian shoppers,” said Jeffrey Holt, executive director of the Sault Ste. Marie Economic Development Corporation. “It’s had a devastating effect on us from a COVID standpoint, but it’s kind of a double whammy for us with the Canadian border being closed.”

Holt said as a border town, the city has been hit twice as hard.

“My understanding from my colleagues in Detroit and Port Huron is they are feeling the same.”

But things are starting to open up for Michigan residents.

Gov. Gretchen Whitmer issued an order allowing bars and restaurants in the Upper Peninsula and the northern part of the Lower Peninsula to begin serving in a limited capacity more than two months since issuing a blanket ban. Retail stores can open at 25 per cent capacity. Masks and social distancing protocols will also be part of the program.

“Given our low infection rate in the Upper Peninsula and in Northern Michigan, she (Whitmer) is going to let us kind of start resuming life into what they are calling the new normal,” said Gerrie.

Because of state travel restrictions, the mayor does not expect to see a “huge influx of downstate people.”

The latest statistics show that Chippewa County has two cases of COVID-19. The state of Michigan has more than 52,000.

Holt says future economic development will change because of COVID-19. He says the main focus will be on retaining existing businesses.

“That will be our bar-none top priority,” he said. “We always try to attract new business with our foreign trade zone status, but at this point we’re going to shift into a survival mode.”

He gets calls weekly from people who say they’ve been in business 20 to 30 years who may have to permanently close their doors. Businesses in the area have applied for in excess of $30 million in COVID stimulus grants.

“I wish my grandparents were alive because they could relate to all this a little better,” said Holt. “Folks our age have a little trouble relating to all this craziness. I’ve never seen anything like this.”

On an institutional level, Holt said Lake State University is a huge economic driver for the city.

“As the university goes, so goes the community,” he said.

A study was done showing that for every student on campus, an average of $35,000 was injected into the community.

To cope with the situation, the university has developed plans to maintain face-to-face learning safely.

According to its website, Lake Superior State University announced that “in addition to planning for face-to-face instruction for Fall 2020 they are also adjusting the academic calendar. Instead of beginning classes on Aug. 24, instruction will commence on Aug. 10 and the semester will conclude prior to the Thanksgiving holiday. Many of the safety considerations and protocols under consideration can be greatly enhanced if the university enables students to travel to campus early and complete the semester by Thanksgiving.”

Like the university, Mayor Gerrie and others at city hall have some big decisions to make.

He said the city has found creative ways to deliver services, but the tax base has taken a hit and the city is currently hard at work on its next budget which will see cuts in areas he was hoping would not be affected.

Challenges aside, the mayor says we’ll get through this on both sides of the river.

“We always think of the Sault Ste. Marie as one community,” he said. “We want to get together again. Hopefully that’s soon, but we have to do it smartly.”