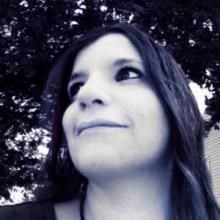 Kalena resides in Branford Ontario with her husband Rob Ferguson, who is Deputy Leader of The Ontario Libertarian Party. She has served as her husband Rob's campaign manager Municipally, Provincially, and Federally. She has also served as Secretary for The Libertarian Party of Canada Brant Riding association. Kalena was born in Brantford Ontario but spent most of her childhood and teenage years in the breathtakingly beautiful city of Elliot Lake Ontario.

She enjoyed going to (Porridge or Nordic) Lake on a trail through the woods that her mother, grandfather, and herself had made. (Porridge or Nordic) Lake was not too far from her home on Esten Drive South. Kalena attended Elliot Lake Secondary School better known as E.L.S.S. She was a member of the band in high school and played the trumpet, later switching to clarinet. At the age of 14 Kalena began volunteering at the Society for Animals in distress aka S.A.D till she was 17 years old. Kalena enjoyed uranium festival a community gathering event and fun With Family, and other people in the community every summer. she also enjoyed going to the city dump to "feed the bears."

Kalena is a animal rights activist and holds animals near and dear to her heart. Kalena hopes to help and aid in the abolishing of the bsl (breed specific legislation) ban against pitbulls in Ontario. As she considers animals to not just be pets but true members of her family.

She is very passionate about her family and things she loves and enjoys. After her grandfather who helped her mother raise her had a brain stem stroke and started suffering the effects of dementia Kalena and her husband Rob stepped up in helping her grandmother care for her grandfather a highly decorated WWII Veteran so he could remain "in his own home" as his wish was. While Rob helped her and her grandmother care for her ailing hero Kalena (realized) just how daunting the current health care system is and went "to bat" against the current government for her grandfather's basic needs she thought her grandmother would have no problem acquiring since her grandfather fought for the rights and freedoms of our country. Such simple things such as a hospital style bed, etc. were covered in red tape and big government labels of not entitled.

Kalena enjoyed the true beauty and nature of Elliot Lake and holds the whole community in her heart. Kalena is a promoter of liberty and the rights of every individual person is placed high on a pedestal to her. Kalena wants rights returned to people where they should be. She wants everyone to have the freedom they deserve and choices left for each individual person to decide based on their own individual needs and wants. She wants you to have the right and freedom to decide what's best for you. On June 7th Kalena is  hoping you will support her fight against big government for your liberty, rights and freedoms by voting for her.

The Sault Votes: Live local results from the 2018 provincial election