What your post-coronavirus City Council is going to look like

New seating configuration will make some councillors back-benchers
May 12, 2020 9:47 PM By: David Helwig 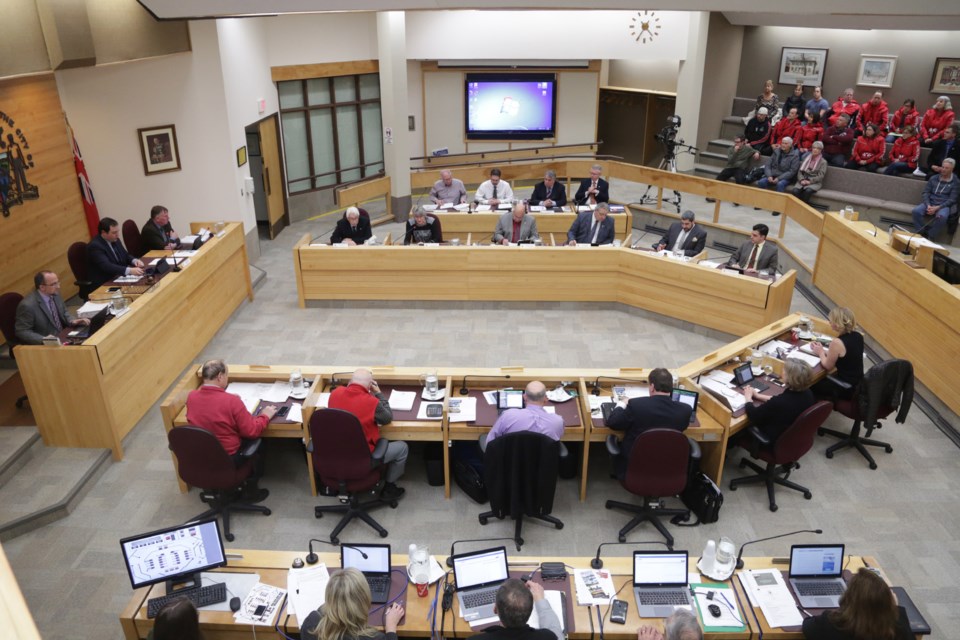 This overview of the City of Sault Ste. Marie's Council Chambers was taken in 2016. After the 2018 election, in which the number of ward councillors was reduced from 12 to 10, two of the council desks in the middle-right of this photo were sawed off, so just five councillors now sit on either side. Under a proposed post-coronavirus configuration, councillors will be split into front and back rows, with senior city staff sitting in the spectator gallery. Kenneth Armstrong/SooToday

When Sault Ste. Marie City Council met via teleconference on Apr. 27, Mayor Christian Provenzano expressed hope that "come May, potentially late May, we will be able to be in the same place at the same time."

"I can certainly tell you that I will look forward to that," the mayor said.

When councillors Zoomed (the verb formerly known as Skype) into another meeting last night, Provenzano was expressing similar optimism.

"Hopefully we'll be together in a couple weeks," he said.

Today, Premier Doug Ford announced that the provincial pandemic emergency will be extended until June 2, but some 'good news' about Ontario's re-opening plan can be expected this Thursday.

Whether or not it happens this month or at some other time in the future, tentative plans for post-COVID City Council meetings are being made.

"It may be ambitious but if it's permissible to do so, the May 25 council meeting will be in person," Tessa Vecchio, the city's corporate communications officer, tells SooToday.

"The intention is to have council seated at every other desk including the second row where staff usually sit," Vecchio says.

"Staff will then be seated in the gallery while maintaining physical distancing."

"For physical distancing requirements, access to the council chambers will be limited to council and staff that are required to be there."

Vecchio says it's a 'fluid' situation and she expects to have more details next week.