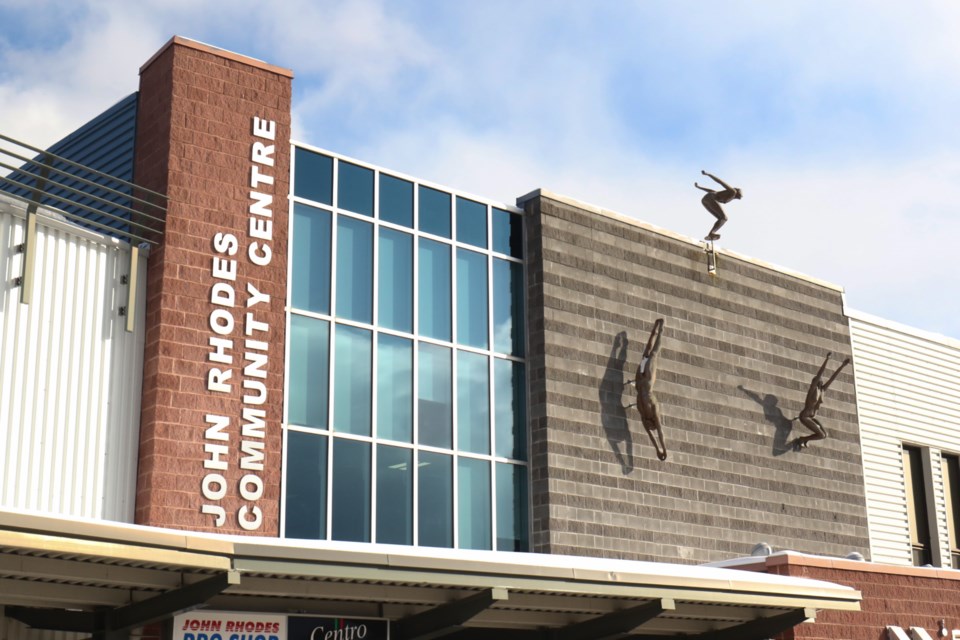 City officials are hoping to re-open the John Rhodes pool in two weeks' time. Anyone wanting to use the building's ice pads will have to wait for Stage 3

July 13 has been set as the target date for re-opening the John Rhodes Pool, city councillors were told Monday night.

When the Bellevue Park Splash Pad will be available for public use will be finalized after an Algoma Public Health inspection scheduled for next week.

Part of the Northern Community Centre will open this summer for use as a YMCA day camp.

But Saultites hankering to get back on our ice rinks will have to wait a while longer, White said.

While GFL Memorial Gardens is closed to accommodate a temporary COVID-19 field hospital, and the McMeeken Centre is closed as it usually is this time of year, the John Rhodes Community Centre ice surfaces are expected to reopen on a limited basis when Stage 3 is announced by the Ontario government.

"Staff is preparing for this and will be able to accommodate limited use on a timely basis," White said in a written report.

Local seniors looking for a little recreation are being sent to the back of the COVID-19 line.

Our seniors' centres will remain closed with re-opening tentatively scheduled for autumn.

"Due to the higher-risk nature of the senior population, these will be the last facilities to offer in-person programming," White said.

"To fill the service gap, staff have implemented comprehensive on-line programming which has been received well."

While the city's parks are open, playground and outdoor fitness equipment will remain closed, with permitted use being considered in Stage 3.

"Outdoor sport facilities are open for casual use and, when permitted by the province, will be ready for team play as governed by the various sport associations," White said.

Whether full teams will be allowed to use the Sault's hockey arenas will depend on whether the province loosens its current 10-person gathering limit.

"Certainly, the province has indicated that's what they will consider in Stage 3, that team sports will be able to start having some activity," White told councillors.

That activity will not only be subject to restrictions set by the province, but also by sports governing bodies, he said.

"The governing bodies carry the insurance that protects the participants and they have a lot of guidance as to how the sports will be played."

The Ontario Hockey League, White said, has already issued a 22-page document setting out its rules for return to play.

As for whether local ice surfaces will be available for rental, White said: "I don't think we will be able to open enough ice to meet the demand."

"We won't be able to offer the participants change rooms. The participants will have to show up in full gear and just put their skates on at the side of the rink, and then leave right after."

It may be necessary for Saultites to sign waivers to enter parts of some sports facilities, White said.

He described local sports fans as "starved for content."

"We've been through many weeks of the pandemic now. People have not had their usual avenues for recreation that they've had in the past. We know there's a lot of desire in the community to have new opportunities that they haven't had the past 10 to 12 weeks."