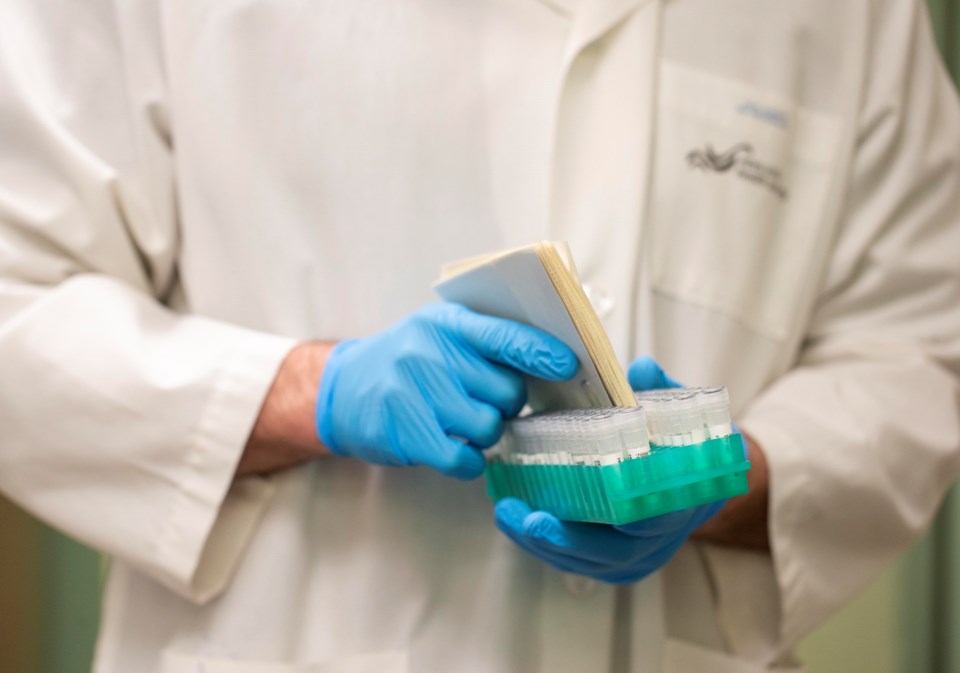 Patient samples are taken for testing at at the QEII Health Sciences Centre’s Microbiology Lab in Halifax. (Photo courtesy of Communications Nova Scotia)

Public Health Ontario has confirmed 95 new cases of COVID-19, and 134 more recoveries in the province today.

For the first time since Saturday, the province has also confirmed a new death related to the coronavirus. The individual was over 80 years old.

A breakdown in new cases per health unit shows there were 96 new cases reported today, but one health unit removed a previously-reported case from the list, bringing the total increase in cases to 95.

For the month of August, the province has reported fewer than 100 new cases nine out of 12 days.

The data included in the daily summaries from Public Health Ontario is collected from health units at 4:30 p.m. the day before the report is released (today's new cases were reported by health units yesterday).

About 67 per cent of the new cases reported today were individuals between 20 and 59 years old.

According to the data provided in the provincial epidemiological summary there are 912 lab-confirmed active cases of COVID-19 in Ontario, and 49 of those individuals are hospitalized. There are 20 patients in intensive care with COVId, including 10 patients on ventilators.

The province has confirmed a total of 40,289 cases of the coronavirus since the pandemic began, and has reported 36,590 of those cases resolved (90.8 per cent). Ontario has reported 2,787 deaths related to COVID, which is 6.9 per cent of all lab-confirmed cases.