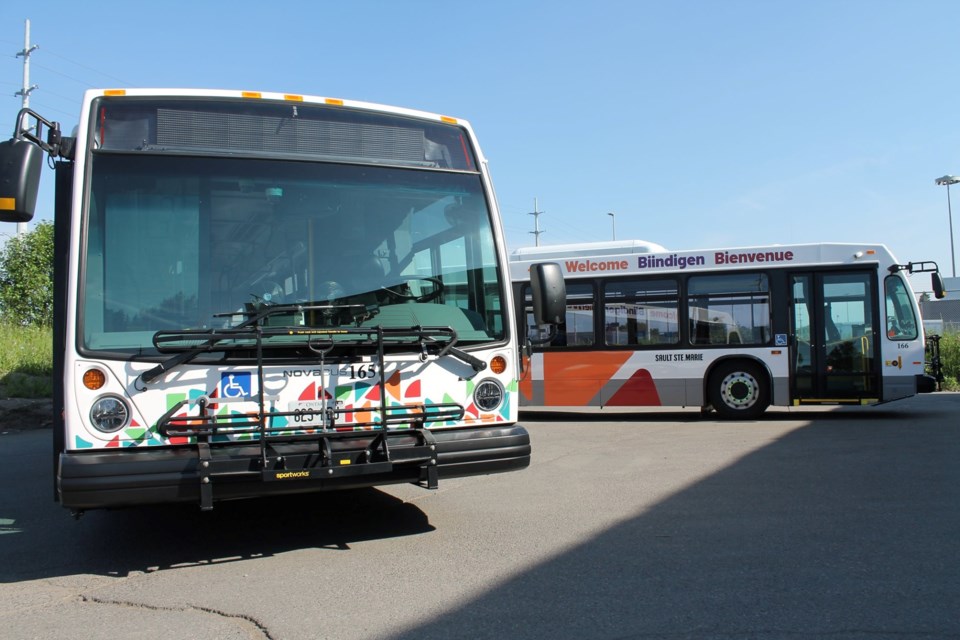 Sault Transit riders are being advised this afternoon that implementation of this change will not occur next week. Tessa Vecchio, the city’s corporate communications officer, says it has been rescheduled to Monday, July 13 to complete custom retrofitting of plexiglass shields on each bus and to allow transit users more time to make payment arrangements. Vecchio says full details of the changes will be announced on Monday, including increases in the number of riders allowed on each bus.

Those free rides on Sault Transit buses, brought to you courtesy of COVID-19, are about to end.

After many weeks of providing free emergency pandemic service through bus rear doors, the regular cash fare of $2.95 or a bus pass will be required as of Monday, July 13.

"The transit division has continued to adjust to providing services with rear entry, physical distancing provisions and foregoing fare collection while designing solutions and retrofitting the buses to meet these challenges," Malcolm White, the city's chief administrative officer, said in a report presented at this week's City Council meeting.

And, riders will once again be entering buses through the front doors.

"The retrofitting of plexiglass shields and adoption of new protocols is almost complete with front entry and fare collection targeted to resume July 6," White said.

Bus passes are available at the following locations:

The loss of bus fares due to the coronavirus has been a major drain on city finances.

In other news, Brent Lamming, the city's director of community services, is expected to present information at City Council's next meeting on July 13 about more changes to bus routes, related to the proposed new downtown terminal at Huron and Queen, and the new Sault College transfer point.

"If our downtown has a weakness, it's that it's two kilometres long. It's difficult to traverse the whole thing," Dufour said.

Lamming responded that ridership on the Sault College route in February was 52,000.

"The next closest was Riverside-McNabb at 36,000. That's where we're seeing most of the growth," he added.

On another subject, Lamming disclosed that nine city buses now have bike racks.

"You may notice around town that people are using the bike racks more and more."

Sault Transit is looking for opportunities to educate the public about how to use the racks.

They had planned to park city buses at now-cancelled summer festivals like RotaryFest to provide bike-rack seminars.