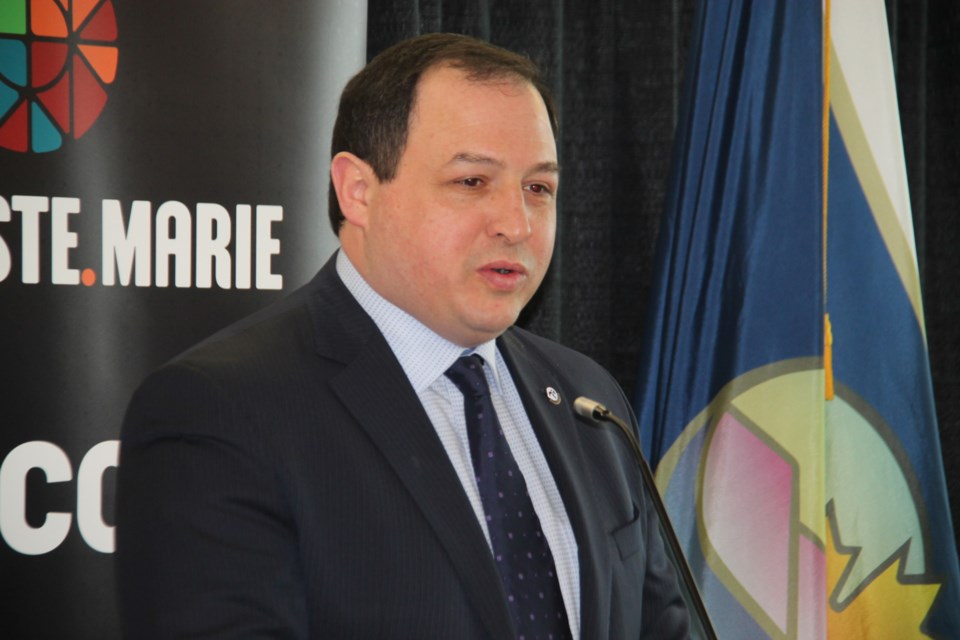 The Sault’s elected leaders from the three levels of government took questions from the local business community in a virtual Sault Ste. Marie Chamber of Commerce Town Hall Friday.

Sault Mayor Christian Provenzano said the city has transitioned during the COVID-19 crisis, prepared for a surge of the virus but also recognizing the need to rebound and get back to business.

Still, Provenzano said, “there are going to be some really challenging economic issues coming out of this and we really have to work with and support our business community.”

The local tourism business, for the mayor, stood out as a big example.

“We need to work with the business community in that sector to finalize a strategic plan.”

Provenzano said cancellation of the Agawa Canyon Tour Trains until Sept. 1, considered necessary by Algoma Central Railway owner CN Rail to limit the spread of COVID-19, will have a dramatic effect on the local tourism industry.

“We’re focused on making sure that cancellation doesn’t go through the fall,” the mayor said in Friday’s teleconference.

“We’re in constant contact with CN. We really want to salvage the remaining part of the season so we get some hotel nights here and get some activity in the community...we’ll be incorporating and including our tourism community, ultimately, in the final decisions we make.”

“We’re particularly concerned about tourism and the effect this is having on our accommodation partners. It’s having a pretty dramatic effect on the hotels and the motels. So we’re looking at the (strategic) plans that we have and we’re looking at adjusting those plans to take into consideration the effect COVID’s had and what we can focus on and capitalize on coming out of COVID,” Provenzano said.

Provenzano said the city will be continuing with tourism projects it started before the COVID-19 crisis struck.

It was announced, in March, $500,000 in federal funding will go toward Sault Ste. Marie Economic Development Corporation (SSMEDC) efforts to build up to 75 kilometres of new, high quality, multi-use mountain bike trails extending from the Sault’s city limits to the surrounding Algoma region.

Provenzano said that is a prime example of eco-tourism the city and its partners can work on to attract visitors to the Sault.

“We’ve looked at other communities in the States and in Canada whose population really jumps up during the spring, summer and fall months because people travel there to engage in mountain biking and different trail activities, so we’re hoping to model that here.”

On another COVID recovery topic, Provenzano said he would like to see the decrease in electricity rates for businesses and individuals, introduced by the province as a COVID relief measure, “continue for a longer period of time for our community.”

That will be a provincial government decision.

Sault MPP Ross Romano responded by stating he will be discussing such matters more with the cabinet, pointing out COVID-related electricity rate-cutting measures are temporary but have saved ratepayers “many hundreds of millions of dollars” over the past 24 days.

Chamber members inquired as to when campgrounds will open up for travellers passing through the area, with such travellers currently forced to stop and rest in parking lots or truck stops.

“I’d be happy to see campgrounds open because I think it’s an activity people can engage in safely, in a social distancing way,” Provenzano said, though he recognized that too as a provincial decision.

“The approach is a gradual approach to reopening,” Romano said.

“There will be swift changes...we will get ourselves back to a full reopen mode and I do anticipate that will happen in the next few months in a very staged approach.”

“For very, very specific safety reasons we don’t want to just open everything. You can’t turn the economy back on by flipping a switch...we don’t know if there will be a fall wave (of COVID).”

Another question which arose dealt with seasonal workers and entrepreneurs who would not normally qualify for federal, COVID-related aid programs such as the Canada Emergency Response Benefit (CERB).

“We cast our net quickly and as far as we could to catch as many entrepreneurs, business owners, people affected by COVID-19,” said Sault MP Terry Sheehan said, stating employees will be getting back to work, from part-time to full-time, in a gradual way.

“Going to the IT (information technology) sector we heard loud and clear from the Chamber and the Innovation Centre a lot of the ITs are startups...we’ve made special provision for startups, we know how it’s very challenging for startups.”

“Seasonal workers will be able to access our programming, as well as youth. A big portion of our seasonal workers are young people who did not qualify for CERB but now do qualify for a special CERB program which began May 1,” Sheehan said.

Stating Ontario’s provincial government has come up with “a very thoughtful plan” to reopen, Sheehan said, “I just remind people, start getting ready, you’re going to be doing business differently over the next little while.”

The MP urged business owners and employees returning to work to keep health and safety measures, such as hand washing and social distancing, in mind.