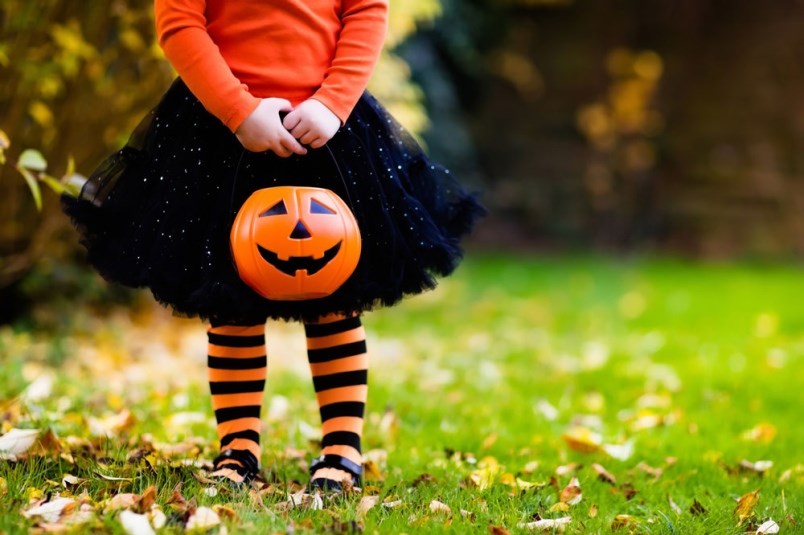 While it’s not yet certain what measures the provincial government and public health authorities will decide upon in regard to Halloween this year in view of COVID-19, families have begun to shop for costumes and decor, parents and children buying up merchandise and/or planning for Halloween house parties.

“We won’t be going to a club or anything like that,” said Andrew Linde, speaking to SooToday at Spirit Halloween at Station Mall Friday, having travelled from Marathon to do some Halloween shopping with his family.

“We’ll be having a house party of nine people,” said Amy Christianson with a good-natured chuckle, after the Ford government announced Thursday it has cut back social gathering limits (in COVID hotspots such as Toronto, Peel Region and Ottawa) to 10 people indoors and 25 outdoors after a spike in new COVID cases.

“Normally we would go out to a club, because next to Christmas, Halloween’s the next biggest event to have,” Linde said.

As for trying to keep a social distance from children gathered at the door for ‘trick or treat,’ Christianson said “I think putting a big tube, a PVC pipe at the top of your doorstep and sliding candy down to them would be perfect. They’re kids and they still need to have fun. This is a happy thing for them. With life being so tough for them right now, giving them a little bit of joy would be good.”

“If my daughter goes out for trick or treat, it would be with people who are in her circle. For the people who make the rules, I can’t imagine how easy it’s going to be for them (to enforce), said Tylor White of Thessalon, at Spirit Halloween with his daughter Sadie.

“It’ll probably just be myself and one friend, three at most, people in my class at school,” Sadie said.

Sadie said she’ll be wearing a mask, which won’t interfere with her plans to dress up as a nurse.

“It’ll still be exciting, especially because we were locked down for months. They’re trying to make things go back to normal, even though it’s a bit confusing,” Sadie said.

The fitting rooms at Spirit Halloween are closed for the safety of customers and staff, mask requirements and social distancing in place with a maximum of 80 customers allowed in the store at a time.

“We’re not 100 per cent sure yet about what we’re going to do. We’ll try to make it fun for the kids no matter what. It’ll depend on what the government decides to do...everything’s different this year,” said Felica MacIntyre, shopping at Spirit Halloween with her daughter Azaliah.

“We are still waiting direction from the province on Halloween and any recommendations that they have,” wrote Leo Vecchio, Algoma Public Health (APH) spokesperson, in an email to SooToday, adding the public health unit anticipates the province will make a Halloween-related announcement “in the next week or so.”

“The City (of Sault Ste. Marie) has no official policies concerning Halloween – we have no authority over its observance. We are aware that Algoma Public Health, in coordination with Public Health Ontario, is developing guidance material for the public for Halloween. Once that material is ready for messaging, we will amplify the communication as we have been with all APH pandemic related communications,” wrote Malcolm White, City of Sault Ste. Marie Chief Administrative Officer (CAO), in an email received Friday.