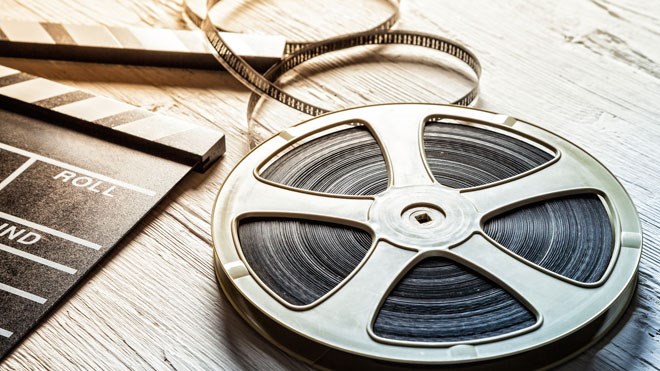 Algoma Public Health (APH) isn’t keen on the idea, but filmmaking in Sault Ste. Marie won’t be banned due to COVID-19 restrictions (for now at least).

“The film industry has gone to enormous lengths to have the protocols (adhered to), including a full time staff member on each set to be there only for COVID protocols and contact tracing,” said Robert Peace, Rolling Pictures community relations director, speaking to SooToday.

Peace relocated to Sault Ste. Marie from Rolling Pictures (a Toronto-based post production film company) in August to assist, in a communications capacity, Rolling Pictures North in production of films and television series in our region, working with the Sault College Digital Film program, the Indigenous film community, local productions, and film festivals.

Peace said he contacted representatives from APH, the Sault Ste. Marie Chamber of Commerce, Sault Ste. Marie city councillors and Alliance of Canadian Cinema, Television and Radio Artists (ACTRA, the union representing performers in the film, radio, television and new media industries), held a meeting Friday and resolved to get the message out to any film production company they are welcome to shoot here providing they observe provincial COVID-19 protocols.

A film production company, Peace said, was having second thoughts about shooting a film in the Sault.

That company reportedly wanted to start production in the Sault in February.

While not divulging details as to the name of the company or the nature of its project, Peace said “I only know they are rescheduling (their plans to shoot in the Sault).”

“The fear was that a health department (such as APH) was going to either not look at those (film industry measures to obey COVID protocols) or call them into question, when they (the film industry) have been actually celebrated throughout North America as being almost 100 per cent effective in containing any COVID on set.”

“When you (in this case, the Ontario government) send a signal out that you’re shutting down, even if it’s just for now, the industry gets very afraid. It’s a multi-billion dollar industry, just in Ontario alone,” Peace said.

“Everybody (on a movie set) is in masks, behind screens, wearing gowns, gloves, it’s pretty crazy to see a set these days. There are minimal people brought in for film production. Everybody on set does COVID swabs twice a day. It looks like a medical set.”

“You go from your hotel room to the set out in the woods or wherever and you come back with the same crew. It’s a bubble, definitely.”

“We have a massive amount of shooting that’s supposed to be rescheduled for this summer from last year (when the pandemic struck), so the backlog is big. We’re not asking anybody to do anything that’s against the law. In the newest regulations by the province (the film industry) is deemed an essential service, believe it or not. We were concerned a local organization was going to paint the whole thing (as negative and dangerous to public health). It seeds doubt, and if you’re looking at spending $10 million to come here you’re probably going to put the brakes on and go to Sudbury instead,” Peace said.

Clearly, that’s not what Rolling Pictures North wants for the Sault.

APH provided SooToday with its point of view in an email Friday.

“The filming industry is deemed essential under the provincial legislation and Algoma Public Health has reviewed their plans and protocols, which are not in contravention of current provincial regulations. However, given the current state and increased cases in our region, Algoma Public Health is encouraging everyone to follow the provincial order and remain at home unless requiring essentials (going to the grocery store or pharmacy, accessing health care services or exercise),” wrote Chris Spooney, APH manager of environmental health.

“Algoma has seen a dramatic increase of COVID-19 cases since the end of December 2020. The increase in cases is impacting our ability to respond to case and contact management.”

Notwithstanding, filmmakers, their industry considered an essential service during the pandemic, are still officially welcome to shout ‘lights, camera, action!’ on Sault Ste. Marie streets.

“Everything that was supposed to be shot last summer, and it was triple the number of things shot the year before, has all been rescheduled for this spring, summer and fall. We’ll just have to see. Obviously, the pandemic, nobody can control that, so we’ll just have to see how that goes. Everybody understands if it went off the edge that things will have to be reviewed. Nobody can promise today what happens five months from now, for anything. We just wanted to clarify this is not a shutdown (for filmmaking in the Sault),” Peace said.