There's no sense letting outrage get the better of you 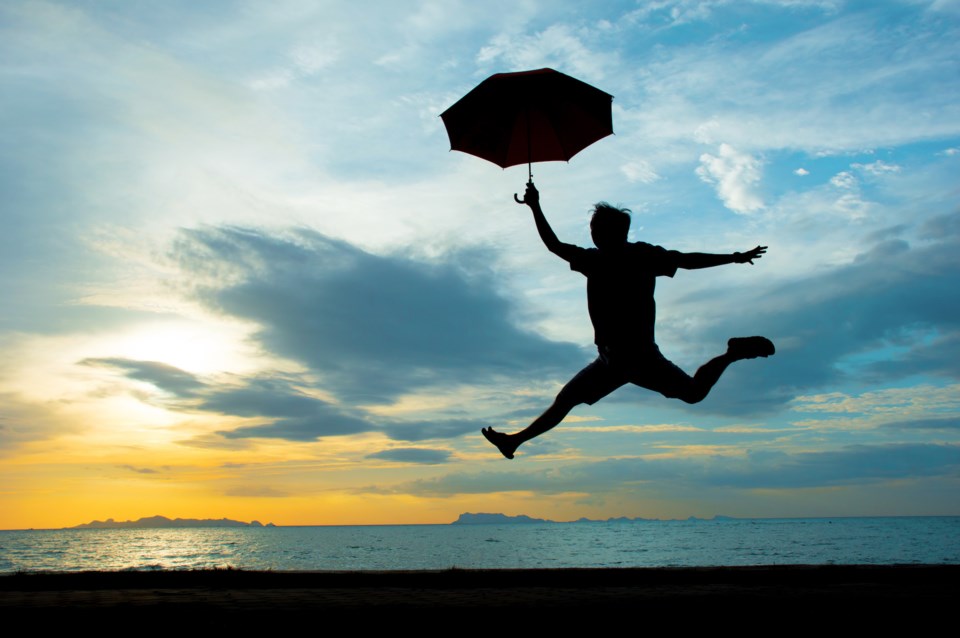 I have a number of friends who don’t watch tv news, and don’t read the paper or online news sources. Not because they believe it to be “Fake News”, but because they do not find the news to be very uplifting.

We all have heard the saying, “If it bleeds, it leads,” in reference to print news sources. In other words, what grabs and holds peoples’ attention is fear-based programming and news stories.

Some have suggested that they prefer good-news stories.

It’s hard to say whether there are enough good-news stories to populate a print newspaper, or a scheduled segment of television news.

Certainly we do see the occasional good-news story from time to time. But the overwhelming majority of news items do seem to deal with violence and conflict, crime and abuse, and other less uplifting topics.

Of course, as with beauty, the quality of news stories is often in the eye, or ear, of the beholder. What might to some seem like an innocuous story about a recent happening, whether locally or from further afield, can be viewed as very irksome, or worse, to some readers.

The term these days for those who are easily offended or upset by such news is “triggered”.

I will admit, there are some topics which will trigger me. But overall, I find that I have a choice whether to allow myself to be triggered or not. I often will ask myself, “Will getting angry change the situation in any way?” or “How does this really affect me, personally.”

More often than not, I would fail to find a legitimate reason to be outraged.

I have spent a lot of years quietly suffering from depression. Occasionally I would seek pharmaceutical relief, which would not restore my mood, but did level out the peaks and valleys. That would make it easier for me to be mindful of my mood and my reactions, and I could choose to find the positive in many situations, rather than remain mired in the negative.

In other words, I had to choose to be happy.

But even in every day situations, without relying on anti-depressants, I find that I have the ability to choose whether or not to be happy.

Certainly it helps when you have a good support network of friends and family.

We can always find excuses for our bad moods, but I believe that there is no point in seeking to blame others, and in most cases external forces are not sufficient reason to deny oneself the opportunity to be happy.

It is coming up on two years since I was diagnosed with a brain tumour, and was flown to Sudbury for neurosurgery. Surely this would have been reason enough to feel depressed and dejected.

However, I found that my mood was fairly level, and tending to the positive. After all, the tumour was discovered early enough that the surgery was successful.

In looking back, I can see that I was not as worried as I probably should have been. Nor did I see my condition as serious as it really was.

I was relieved. I was told before hand of the diagnosis, and that I would be having surgery to remove the tumour. There are a few brief flashes of memory of the time between this and waking up in the ICU, but essentially that is my next vivid memory.

To realize I had had that diagnosis, had undergone surgery, and survived was reason to celebrate, not a cause for dismay.

Even facing the prospect of radiation and chemotherapy was not as concerning to me as perhaps it should have been. Worrying wasn’t going to help the outcome. I have known enough people — family and friends — who succumbed to cancer, but I didn’t dwell on that aspect.

I knew that I had to remain positive.

I was fortunate, in that it was a course of oral chemotherapy. I had friends undergoing treatment of their own who were receiving intravenous chemotherapy; it was very hard on the bodies and made them quite sick for days after.

Similarly, the radiation was not as harsh a treatment as others described theirs as being. I did not lose much hair, and suffered no topical burns.

All in all, I knew that I had fared well.

The most difficult part, and it seems trivial now, was having my Drivers’ License suspended. As you will know from my previous column, which remained posted far longer than I intended, this resulted in my developing an intimate knowledge of the inefficiencies of our local transit system.

I always valued my independence, and being able to hop into a vehicle and drive wherever I needed or wanted to go was central to that.

I am pleased to say that it has ben reinstated, although I no longer have a vehicle to drive. But knowing that I can drive has made a huge difference.

I would have to say that through this whole ordeal, it has been the last 6 months that I felt most down. Although my treatments had ended, and all my MRIs have come back clear, being off work and watching my bank account get depleted did not help my mood.

It has been a rather discouraging time, for me.

Recent events, however, have helped me to change my outlook.

I reconnected with a friend after quite some time, and we have built a new friendship on that foundation. She has her own challenges, but chooses to find the positive in every situation.

She is also one of the friends who deliberately avoid the news, so as to keep from being discouraged.

A former life coach, she has helped me to begin to focus on the positives, to strive to set goals and develop a plan to achieve them.

She has convinced me that it is within my power to choose to be happy.

Yes, it sounds rather glib. “Just choose to be happy.” But that is eminently within our power to do. It comes back to the questions I ask myself: Will getting upset change anything, and does this affect me, personally.

Besides, being happy is so much more fun than being grumpy.

More The Root of it All