Women in the mill: How a persistent summer student spurred a societal shift at Algoma Steel 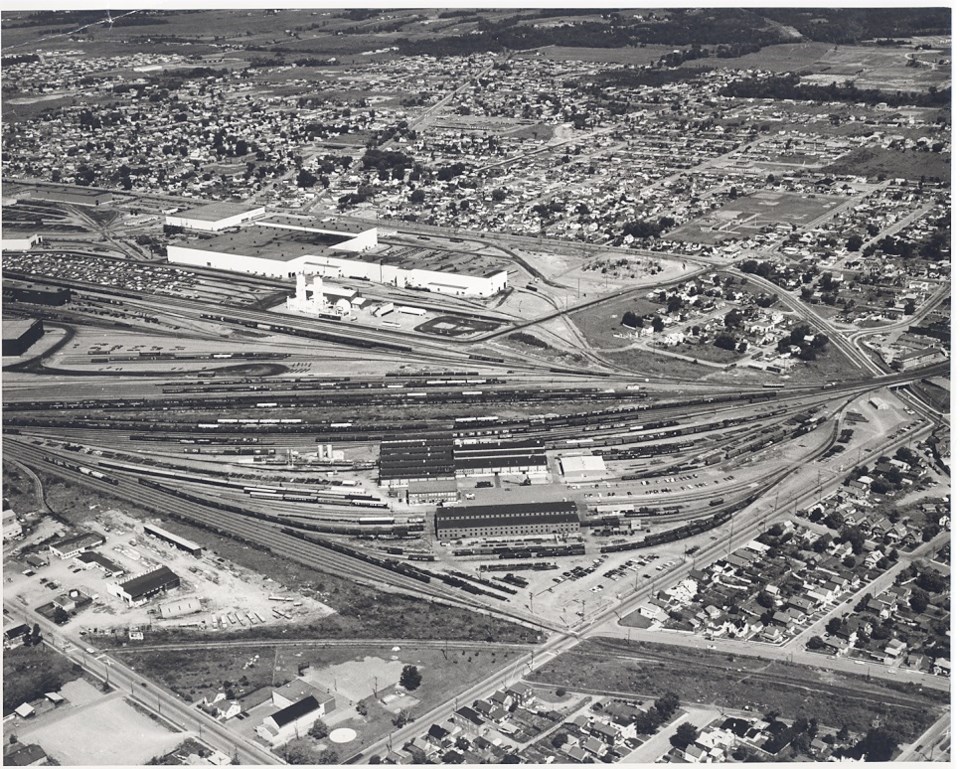 In 1974, Algoma Steel refused to hire a summer student and quickly found itself at the centre of a human rights complaint.

The applicant was a 19-year-old female student who attended Wilfrid Laurier University, majoring in anthropology and biology. She applied for a summer student position, working in the mill, and while she was qualified for the job, she wasn’t hired.

The reason she was given was that there were not appropriate washroom facilities – specifically, while there were facilities for women who performed clerical jobs as well as in the electrical shop, there were no women’s washrooms in the mill itself.

Under government regulations of the time, if there were five or more employees working in a business, and the workforce consisted of both men and women, the business had to provide separate washrooms. Algoma Steel explained to her that because of their policies regarding seniority and the risk of being bumped to different areas, if Algoma Steel was to employ her in a labour job, the company would have to build as many as 18 additional washrooms in the building, each costing roughly $1,000.

This was a relatively new issue that had presented itself. According to Algoma Steel representative James McIntyre, the student was only the second woman to apply for a labour job that summer, and no woman had ever done so in previous years. Algoma Steel had offered her a clerical position, however the newspapers reported that she only was interested in an unskilled labour job and had already found work elsewhere.

The student, however, took issue with not being considered for a labour job at the plant. She presented to the Ontario Status of Women Council in Sault Ste. Marie. From there, she filed a sex discrimination complaint with the Ontario Human Rights Commission.

In an attempt to rectify the issue, Jack O’Neill, who worked as a manager of community relations at the plant, outlined what Algoma Steel would be doing going forward. He told the Globe and Mail that Algoma Steel was willing to purchase mobile washrooms at a cost of $20,000 that could be moved where needed – “if and when” the number of female employees required it.

That threshold was evidently reached in March of 1975, less than a year after the complaint, when Algoma Steel purchased a trailer, equipped with washrooms and lockers. With that trailer, they could accommodate up to 50 women. They began considering women for more job postings immediately.

A follow-up article in the Globe and Mail in July of 1975 described how women were eager to work at the plant, with 30 having been hired recently. They also provided a tongue-in-cheek warning that women might be expected to work as “hookers” – the colloquial term for a person who hooked steel so that it could be lifted by crane.

They interviewed a new female hire at the plant who told the Globe and Mail that, as she said to Algoma Steel during the interview process, she wasn’t “a women’s-libber . . . just a woman who want[ed] to work.”

There were some employees who felt that women shouldn’t be working at the mill and that mixing genders there could only cause problems. However, the newly-hired employee took a positive view, describing how while things were a little awkward at first, the dynamic with the men in the department was getting better and the atmosphere was getting more relaxed: “At first there was some reluctance to let me carry things. I got responses like ‘You’d better let me carry that.’ They appeared to be a little embarrassed at first, but now it’s OK.”

Despite the process it took to get the women’s washroom facilities up and running, the woman interviewed in the Globe and Mail didn’t use the women’s change room – it was located at the opposite end of the mill from where she worked, so she found it easier to just go home and change out of her greasy clothes there.

But all things considered, the woman seemed to be happy to work there, telling the Globe and Mail that she would happily let a hypothetical future daughter work there, “if that’s what she wanted to do and she was qualified.”

It was hardly the first time that women had worked at Algoma Steel – the company had brought in female employees during times of worker shortages, such as during the Second World War. However, it was a case of lasting change, and a representation of a societal shift regarding women in the workplace, particularly in previously male-dominated roles.