Wilfrid Laurier goes to church in the Sault. Controversy ensues

This edition of Remember This looks back on an incident that took place just a couple years before Laurier would become Prime Minister
Jun 9, 2019 11:00 AM By: Remember This? 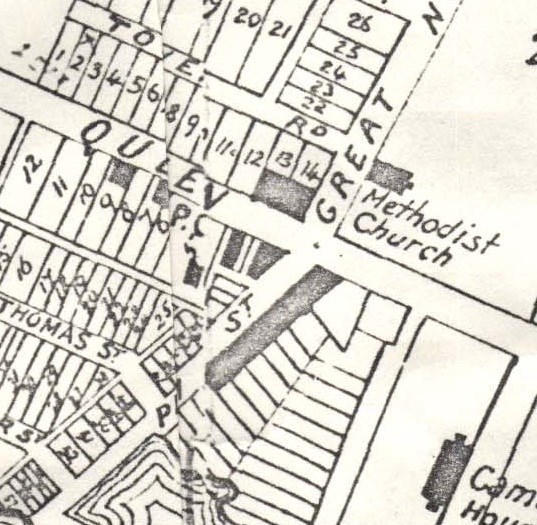 In 1894, Sault Ste. Marie found itself at the centre of a political controversy, with The Globe reporting accusations of people “making political capital.”

It all boiled down to one day, in September of 1894. Wilfrid Laurier was not yet Prime Minister of Canada – that would come two years later in 1896. However, he was still a prominent political figure, and, while visiting Sault Ste. Marie, he was spotted at a Methodist Church.

The church in question was located at the northeast corner of Queen and Pim Streets, near the Algonquin Hotel. The frame building was small and simple by design, but over the past decades it had expanded with a steeple and additional space added as the congregation had grown. At the time, Reverend C. E. Manning was the minister.

Politically, there were tensions between members of the Catholic Church and those of Protestant denominations such as Methodism. The Orange Order, for example, was a strong pro-Protestant, anti-Catholic force that counted amongst its members Sir John A. Macdonald.

Laurier, by contrast, was Catholic and, while some of his political stances were unpopular with the clergy, he saw himself as somewhat of a champion for the church. In this environment, his appearance at a Methodist Church raised some eyebrows. Multiple Catholic newspapers made a complaint of Laurier’s attendance at the church, questioning his motives, and accusing him of trying to win favour with the Methodist Church for his own political gain.

The Globe, however, came out swinging in Laurier’s defense, writing that “it may be that while at the Sault Mr. Laurier was in the company of friends who were in the habit of attending the Methodist Church, that he was asked to go with them, and consented, without any thought that he was dishonoring his own church, and with as little thought of bidding for the favor of the Methodist Church.”

Some comments from a Sault Ste. Marie local – one of the residents who had invited Laurier to the Methodist church in the first place – cleared up the issue. Mr. Meir spoke to a Globe reporter, explaining how he, like everyone else in Sault Ste. Marie, was “anxious to show all of the courtesy [he] could to Mr. Laurier.”

Accordingly, he invited Laurier to the Methodist service, in the hopes that he would enjoy the “exceptionally able preacher” and the “splendid singers” that the church had to offer.

Laurier accepted the invitation – “indeed,” the Globe reported, “he could not very well have declined without giving annoyance to those who requested him to attend,” which furthered the argument that this was not for political gain but rather a courtesy. And, to top it all off, Laurier only attended the Sunday evening service. On Sunday morning, he had attended the service at “his own church” – presumably Sacred Heart Roman Catholic Church, now known as Precious Blood.

The Methodist church would later move to a larger building, becoming what is today known as Central United Church on Spring Street. Wilfrid Laurier, of course, would go on to become Prime Minister of Canada. However much of a flurry his church attendance caused in the papers, it clearly didn’t harm his political standing that much.