When authorities put a stop to canal-diving kids

This edition of Remember This looks back on the dangerous phenomenon and how it ended
Aug 18, 2019 11:00 AM By: Remember This? 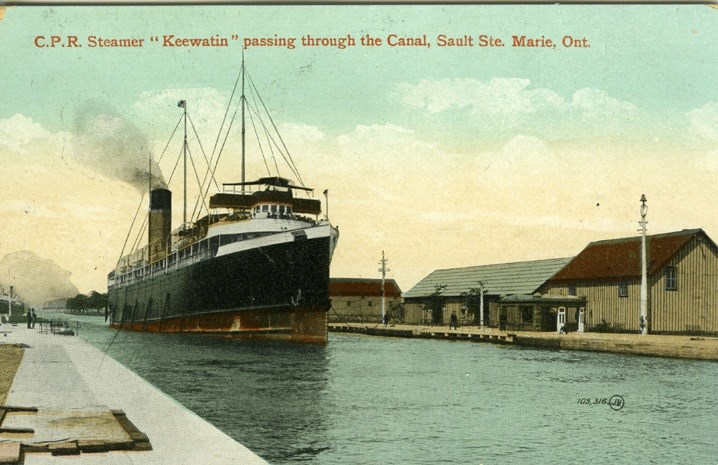 Haven’t we all had the urge to do it? It’s a popular practice and it seems that the desire to throw money into man-made bodies of water such as fountains or wishing wells is universal.

We’ve all thrown a coin or two into the water, especially when we’re visiting a new place. The flipside of this action might be that you’ve also had the urge to try to retrieve the small treasure that another person has freely offered.

During the 1920s in Sault Ste. Marie, it was a known practice for young boys to dive into the deep waters of the Sault Canal, showing off their dangerous stunts for visitors on the boats that were locking through. Their reward for thrilling the on-lookers was the tossing of nickels and dimes, accompanied by admiring cheers and applause!

Quiz the older generations around you. It’s likely that they’ve heard of these stories. They may even have known a young fellow who was a part of it all.  Or perhaps your grandpa or great-grandpa performed such entertaining stunts!

One can imagine how exciting this might have been for both the onlookers and the daredevils . . . however this didn’t go over so well with the authorities. Repeated warnings were given by the then Lock Watchman, William Gillian, but the warnings fell on deaf ears.  The excitement of the stunts kept the young performers breaking the law.

On July 5, 1927, Magistrate A. Elliot announced that he would be enforcing a $5 fine to any boy under 12 years of age who was found unaccompanied by his parent or guardian on the grounds of the canal. Since this would be over $75 in today’s economy, this would have been a significant amount of money for any family in 1927.  Parents were also responsible for ensuring that their boys weren’t up to mischief.

Elliot related that incidents where children had been crushed between boats and the walls of canals had also been reported elsewhere and stressed that “this practice must stop here.”  Several other drownings had already happened under similar circumstances, and so rules needed to be put in place to prevent this from happening in our own backyard.

One young fellow was made an example of and was brought into the police court and charged with trespassing.  This was the first case that had been brought into court. The magistrate was lenient, letting the boy off with just a warning. He told the boy to “tell all your chums they must keep away from the locks . . . Others brought in here won’t be let off.”

It would appear that future offenders would not be able to escape the punishment of the law, and passengers on the boats coming through the lock would have to find another source of entertainment!