There used to be a scrap yard downtown. Here's how it got moved

This edition of Remember This looks back 25 years, to when the city hatched a plan to create a 'Gateway' for visitors entering from the International Bridge
Dec 22, 2019 11:00 AM By: Remember This? 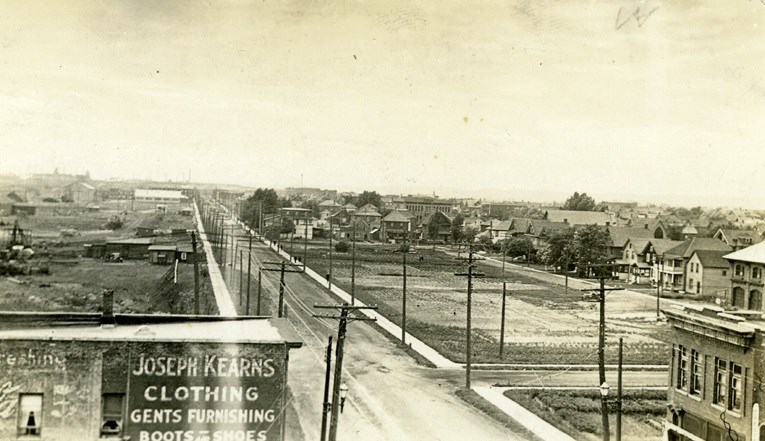 Twenty-five years ago our city was looking toward the future with optimism.

A vision had been developed for improving the waterfront area. The existence of a scrapyard in the downtown waterfront area did not fit with the new vision.

Therefore the city began to enter talks with property owners to find a solution. After lengthy negotiations, the agreement to move Traders Metal from the downtown core to improve area aesthetics had been set.  The term ‘Gateway’ was being used to describe the area with plans to develop a ‘welcome mat’ for visitors entering the city from the International Bridge.

Traders Metal was started in the early 1900s by Benjamin Cohen.  Cohen moved to Sault Ste. Marie anticipating business opportunities that the new steel industry would create.  His grandson, Robert contributed an interview to the Oral History of Sault Ste. Marie Project - OHSSM. In the interview Robert Cohen discusses the family businesses along with stories about life in Sault Ste. Marie, including skiing at Finn Hill with the rope tow; the Beth Jacob Synagogue; and the accuracy of Morley Torgov’s book A Good Place to Come From.

As Sault Ste. Marie grew, the desire to move the scrap metal business became a topic of discussion at City Hall. Since 1913, Traders Metal was located on land south of Queen Street and west of Andrews Street. According to a Sault Star article from March of 1979, the city wanted the scrapyard moved principally for aesthetics and area development. The vice-president of Traders Metal, Jack Cohen, was open to the idea of finding a new location with the potential to expand. Criteria for a new location was zoning for industrial use and a direct rail link.

In 1985 ACR (Algocen Realty) proposed rezoning 36-acres of vacant rural land on Landslide Road at Sixth Line to accommodate the relocation criteria for Traders Metal.  It was reported that if the rezoning was approved then the ACR could negotiate relocation with Traders Metal potentially allowing ACR to expand the Station Mall (located on Bay Street).  At the same time, the rezoning for expansion of the Station Mall was being decided by an Ontario Municipal Board hearing. Queenstown Association was opposed to the mall expansion. Nick Hirt, vice president and general manager of Algocen Realty stated “If the rezoning [for the mall expansion] is not approved and expansion cannot go ahead, there is no point in negotiating with Traders Metal.”

The 1985 request to rezone the area off Landslide Road was met with opposition from Hospitality and Travel Sault Ste. Marie – HATS.  HATS president Jim Hilsinger said, “The highway corridor between Fourth Line and the city limits is undeveloped and is our prettiest access point.”

In 1990, Mayor Joe Fratesi and Traders Metal Vice-President Robert Cohen started making progress on talks for a new location. One possible site was 11-acres located near Base Line which was owned by Algoma Steel Corporation. The city was in negotiations to purchase a 100-acre parcel from ASC that included the proposed location. The site met zoning and environmental criteria but it did not have a rail link.  The profit loss associated with lack of a rail link needed to be determined.

By 1991, the city had agreements in place to acquire 10.88 acres of land from Algoma Steel that would be developed then sold to Traders Metal at cost recovery.  It was agreed that the city would compensate Traders Metal for the lack of a rail link and costs incurred due to the relocation. Costs incurred by the city were funded in part by the provincial Community Economic Transformation Agreement – CETA.  The relocation completion date was set for October 1994, and by 1995, Traders Metal was in its new home on Yates Avenue. The scrap metal recycling company is still located on Yates Avenue today, although it now is known as Triple M Metal.