The (sometimes contentious) history of the Group Health Centre 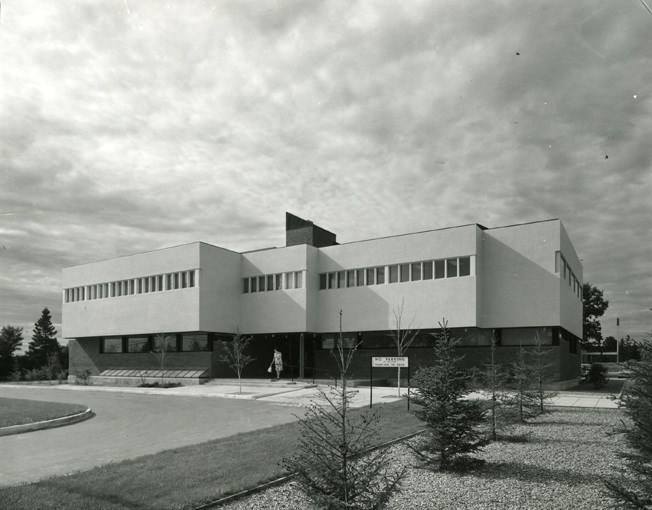 Sault Ste. Marie’s Group Health Centre has a history in the city spanning over 50 years – one that is equal parts visionary and controversial, a story of what the Sault Star, at one point, reported on as “radical work” performed by “misfits and renegades.”

In the late 1950s, the concept of establishing a community health centre in Sault Ste. Marie, sponsored by the United Steelworkers of America, was first considered. There were some union-led clinics in the USA, but no examples to go by in Canada. However, the United Steelworkers felt that something needed to be done. There was no government health plan in place at the time, meaning that people either had to rely on insurance coverage, if they had access to it, or pay out-of-pocket for medical service. A shortage of doctors locally meant that it was a challenge to access medical care, especially when it came to specialists.

Additionally, doctors in Sault Ste. Marie regularly charged more than private insurance would cover – and more than would be charged elsewhere. High medical prices meant that a routine visit would cost $4.80 in Sault Ste. Marie, while that same visit would have been over a dollar cheaper in Toronto – approximately $41 vs. $32 by today’s standards.

While there was a myriad of reasons for this price discrepancy, part of it could be attributed to the higher average income in Sault Ste. Marie, part to less competition to drive down prices, and part to the expensive nature of operating solo medical practices.

In light of that, several Canadian steelworkers, including three from Sault Ste. Marie, toured union-sponsored medical clinics in Pennsylvania. It was the beginning of the creation of the Group Health Centre: a group practice in which people would pre-pay for healthcare, a model that promised to encourage preventative medicine, increase access to medical care, and limit hospital stays.

One of the people touring the clinics was John Barker, a man with a reputation for getting things done. According to one person who knew him from negotiations with Algoma, “You know, when John Barker said he was going to do something, he was bloody well going to do it.”

Barker became strongly linked with the establishment of a community health centre; many even began to call the project “Barker’s Dream.” As a prominent figure in the steelworkers’ union, he would be tasked with organizing the union-sponsored clinic and over the next several years, was the driving force behind the project, fiercely advocating for it, and defending it against controversy.

And there was controversy. The clinic was not without its critics and its detractors within the medical community. Among their fears was that it would place medical care in the hands of laypeople, leave patients with less choice in terms of which doctor to see through a closed-panel model, and possibly even result in reduced numbers of specialists in the community – and those doctors who would be attracted to this new health centre model might only be “misfits and renegades,” according to the local medical association.

There was also an unspoken fear among doctors that if the steelworkers – people with steady employment and funds to pay for medical care – all went to this new union-led health clinic, the independent doctors would be left with patients less able to pay for their services.

This played out, in part, through the media, with open letters and full-page ads appearing in the Sault Star from the Sault Ste. Marie Medical Association, the United Steelworkers, and the Group Health Centre Committee.

The Ontario Medical Association had previously slammed closed-panel healthcare models as being “unethical.” After meetings with the Group Health committee, they came to an uneasy truce, but the OMA still expressed concerns. The dynamic with the Sault Ste. Marie Medical Society, however, was fraught with more discord. In 1962, it refused to allow its members to be hired on staff at the clinic, saying that it was “not in the best interests either of the union members and their families or the community at large.”

Nevertheless, the project went ahead later that year with the sod-turning for the Group Health Centre at Willow Avenue and McNabb Street – an event that the United Steelworkers of America’s national director referred to as “trail blazing.”

And when it came time to staff the clinic, hundreds of applications poured in from doctors hoping to be chosen for the salaried positions. Ultimately, the Group Health Centre, as it came to be known, hired 12 doctors, including family doctors, a heart specialist, and surgeons.

But, of course, the clinic would be nothing without its patients. The union underwent a major educational campaign, spreading information about the clinic and its benefits – including tea parties to try to engage the wives of the men working at the plant. Thousands of citizens paid a $135 fee to join the clinic; that money covered the cost of construction.

The union negotiated for Algoma Steel’s involvement in the centre; steelworkers could opt to join the centre, with their monthly premiums being covered under their welfare plan. This came at a cost, though: they settled for a lesser hourly wage increase in exchange for this coverage, a testament to how much they believed in the health centre.

Doors opened in September of 1963 – a rushed opening that saw the Sault Star reporting that “mud still [graced] the doorway.” The clinic started with over 4,000 steelworkers across several unions; adding in their dependents, the clinic would cover an estimated 15,000 people when they opened. In the first twenty years, they grew to over 45,000 patients, steelworkers and other community members alike.

In the midst of that growth, a 1970 report by the University of Toronto evaluated the effectiveness of the Group Health model. It found the results were in keeping with the goal of the plan: patients who went to the Group Health Centre spent less time in hospital than those who went to local private doctor practices. The GHC would also gain the attention of the federal government and the World Health Organization, as studies looked to examine the impact of the community health model.

It started as what Fred Griffith, administrator of the Group Health Centre, described as “an experimental challenge – a funny little abnormality up in the north.” However, it grew to something much bigger and more influential.

The Group Health Centre has survived numerous changes throughout its history, from the adoption of a provincial healthcare system to the increasing digitization of records and services. It’s proven itself to be an innovative force in the community, what the Sault Star described in 1986 as a model across the continent.

In the book, First and Foremost in Community Health Centres, Paul Krmpotich is quoted describing the creation of the Group Health Centre as “the finest hour of Local 2251, United Steelworkers of America” and the “instance when our membership was at its best.”