In this edition of Remember This, we read about an unrepentant Charles Napier Smith
Feb 16, 2020 11:00 AM By: Remember This? 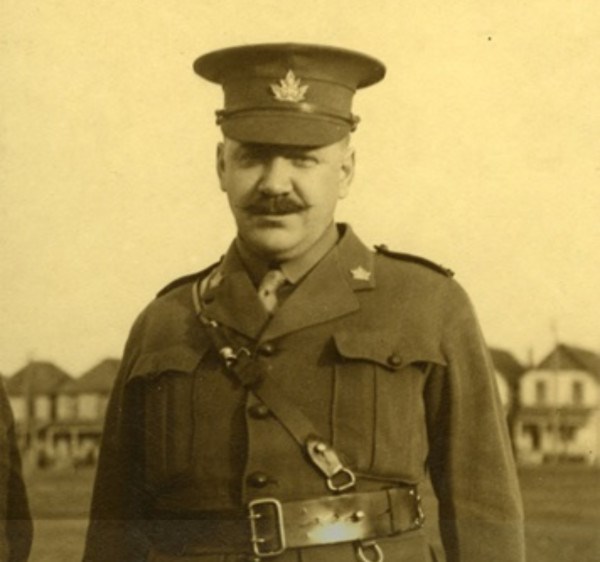 In 1916, the Sault Express came under fire for an anti-war editorial that it ran. What initially started as the Postmaster refusing to deliver the issue soon escalated into something much bigger.

It started when sentries from the 227th Battalion marched to the Sault Express office at 519 Queen Street East. Posted outside the door, they prevented anyone from entering or exiting. Following them were the Acting Chief of Police, Detective Fortune; Chief of Police Vincent; Colonel Jones, commander of the 227th Battalion; a number of officers from the battalion; and Lieutenant-Colonel Ernest John Chambers.

Chambers was Canada’s Chief Press Censor, a position that had been created just over a year previously under the authority of the War Measures Act. A former journalist, Chambers’ job was to suppress news media that was critical of the military, supportive of the enemy, or generally interfering with the war effort. Chambers would remain in this position until 1919, when the job was dissolved, but he would continue to advise the RCMP after that.

Chambers had arrived from Ottawa by train. And evidently, he, much like the MP and postmaster, took exception to the Sault Express’ editorial.

The officials told staff that the Sault Express was being seized “for infraction of the press censorship regulations.”  The police escorted Sault Express editor Charles Napier Smith to the publication’s office for further explanation.

Chambers later elaborated that this censorship was because the editorial was “likely to cause disaffection to His Majesty, to encourage the enemy, and . . . to prevent, embarrass and hinder the successful prosecution of the war.”

The printing presses and other machinery were seized and the business was suspended for three months. While the soldiers left their posts at the door, the business would still fall under the control of the police and the military.

Smith and Chambers came to somewhat of a compromise. Smith could continue “to use his job plant for ordinary commercial work.”  However, publication of the Sault Express was strictly forbidden for the next few months, with the exception of a brief fly sheet to fulfill obligations for legal advertising. This fly sheet would have the additional effect of making it very obvious to the public that the Sault Express was under suspension and not printing as normal.

In an article in the Steelton News titled “C. N. Smith airs his Grievances,” Smith was highly critical of how his newspaper was treated, particularly when others shared his views, saying, “We are not in Serbia.”

Despite all of the controversy, he was unrepentant and would not guarantee what his behaviour would be going forward.

“I can’t say what my line of conduct will be when I am permitted to print my paper again,” he said, adding that “when a man has firmly-fixed convictions which he knows to be founded on the welfare of the people, it’s hard to keep him from making them public.”

Check in next week to read the conclusion of Charles Napier Smith’s story.