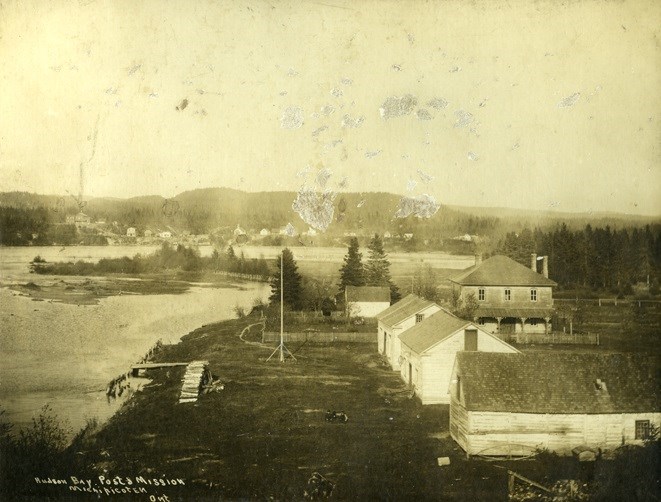 Fur trade played a vital role in the development of this region in the 1700s and 1800s.  Many European companies established a series of forts along major waterways during this time in order to move the furs back to European markets.

The history of the fur trade on the Michipicoten River began in 1725.  The French built a fort on the south bank of the river and operated on the site until 1763.  Its’ location at the crossroads of the water routes north to Hudson Bay and east to Montreal made it a strategic site for their fur trade operations.  When the French withdrew from the fort, independent traders moved in and operated the site from 1767 to 1783. In 1783, the North West Company took control of the site and continued operations until 1821.

Fast forward to August of 1969, when the Sault Star highlighted the archaeological excavation of one of the Hudson’s Bay Company Posts, located at the mouth of the Michipicoten River on its’ south bank.

The original fur trading post had burned and two Canadian archaeologists Bob Steinhauser and Bob Pammett were given the project of examining the ruins.  The team began by surveying the site and compared their findings with old documents in order to mark out the buildings. They discovered 16 buildings that were arranged in a square with a large open centre court.  The archaeologists unearthed a number of artifacts at the site including hand forged nails, bullets, a musket ball, pipe stems, an old Edison battery and an intact handmade wine bottle. Based on their discoveries they determined that the fort was quite the centre of activity due to a large number of glass shards located at the site, similar to those used in wine bottles.  The archaeologists made plans to unearth more substantial museum grade artifacts, however they realized that some historical evidence had already been lost due to river erosion in this area and there was some concern that this could complicate plans for future excavation. They also found evidence that this land had been used for farming purposes in subsequent years, which would further compromise the “integrity” of the original site.

This area has had several archaeological digs.  In addition to their work on the Hudson’s Bay Company Post, Bob Steinhauser and Bob Pammett also excavated an Indigenous burial site and camp near the mouth of the Michipicoten River indicating that this particular area has been used by the Indigenous population for centuries with artifacts dating as far back as 1100 A.D.