The hanging of Frederick Schultz: A dark past emerges 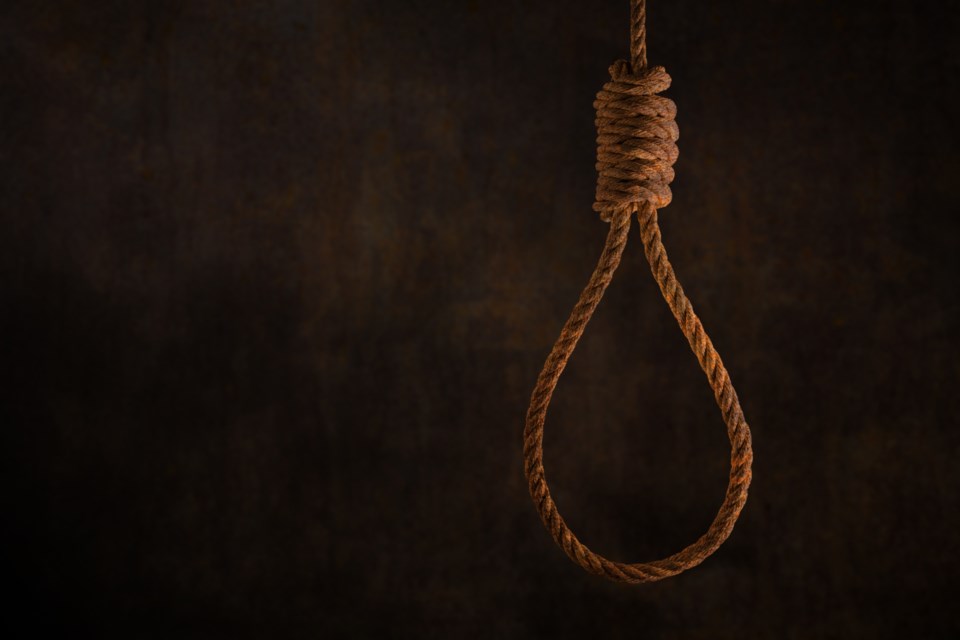 In the wake of this crime, the rest of Mrs. Craig’s family – her actual husband as well as a son by another marriage – arrived in town and revealed some details about Shultz.

Specifically, Frederick Shultz was not Frederick Shultz at all. His last name was actually Lindsley or Lindsay, and he had also used the alias of Beyer. Along with those aliases, he also had a criminal past that came to light. In Michigan, he had been accused of murder; he was acquitted because the man he had killed was having an affair with his wife. In Wisconsin, he spent time in jail for stealing horses, broke out, and came to Sault Ste. Marie from there.

When the victim’s family was brought in to see Shultz, the Globe reported that they became “so enraged at the sight of the prisoner that they tried to break down the iron bars to lay violent hands on him.”

Over the course of the trial, Shultz represented himself, claiming that Mrs. Craig had fired first and he had only shot her in self-defense. He also claimed the shooting was accidental, something clearly refuted by witness testimonies and the letter he left. He was ultimately condemned to death by hanging and would face the gallows in February of 1902.

He revealed, prior to his death, that Lindsley was also not his name. He refused to provide his real name to any other than the Minister who visited him in jail, and the Sault Star felt it was “not worth enquiring what his real name was.”

Since this was the first hanging to occur in the town, some construction work was required to be done on the scaffolding, with the Sault Star reporting that the condemned man was “[listening] to the hammering and sawing resignedly” from inside of the jail.  Rope, of course, also had to be purchased from a hardware store in town, and the hangman had to work to remove any stretch. They also prepared to fly a black flag over the jail once the hanging was completed.

Shultz, in preparation for his execution day, composed a will, leaving his gun and some trinkets to one of the jail guards.

The official hangman, Mr. John Radclive, was brought into town. Radclive had spent some time with the Royal Navy, hanging pirates and honing his execution skills. He would then train under the infamous English hangman, William Marwood, subject of the famous children’s riddle, “If Pa killed Ma, who’d kill Pa? Marwood.”

Radclive soon found a job with the government as a hangman, receiving a $500 salary per year with a $50 bonus for every execution.  For a period, he worked simultaneously as the steward at Toronto’s Sunnyside Yacht Club, a position that he lost when his job as an executioner became known. His career as a hangman would also destroy much of his life: his marriage was left in ruins, he suffered the emotional effects of the many executions he was responsible for, he drank heavily, and he ultimately died at the age of 55 from cirrhosis of the liver. When he showed up to hang Shultz, he had a black eye from a bar fight he had recently been in.

Nevertheless, the Sault Star described him as “the most efficient hangman the country has ever had.”

Radclive also had a great degree of confidence in his abilities: “he slapped Lindsey on the back, and told him to be of good cheer as he would ‘do a good job for him.’”

The Sault Star described how the mood dropped as the time of the execution drew near, with Radclive “[lamenting] his business in a loud voice” prior to marching Shultz out to the scaffold.

He gave a “muffled shriek” as the trapdoor dropped from underneath him.  His neck was quickly broken, and the Globe described Radclive as having “performed his task in a satisfactory manner.”

The body of Frederick Schultz was laid to rest on the jail’s burying grounds.

The great Alona Bay uranium rush of 1948
Feb 2, 2020 11:00 AM
Comments
We welcome your feedback and encourage you to share your thoughts on this story. We ask that you be respectful of others and their points of view, refrain from personal attacks and stay on topic. To learn about our commenting policies and how we moderate, please read our Community Guidelines.