This edition of Remember This also examines rumours of a radioactive deposit in downtown Sault Ste. Marie
Feb 2, 2020 11:00 AM By: Remember This? 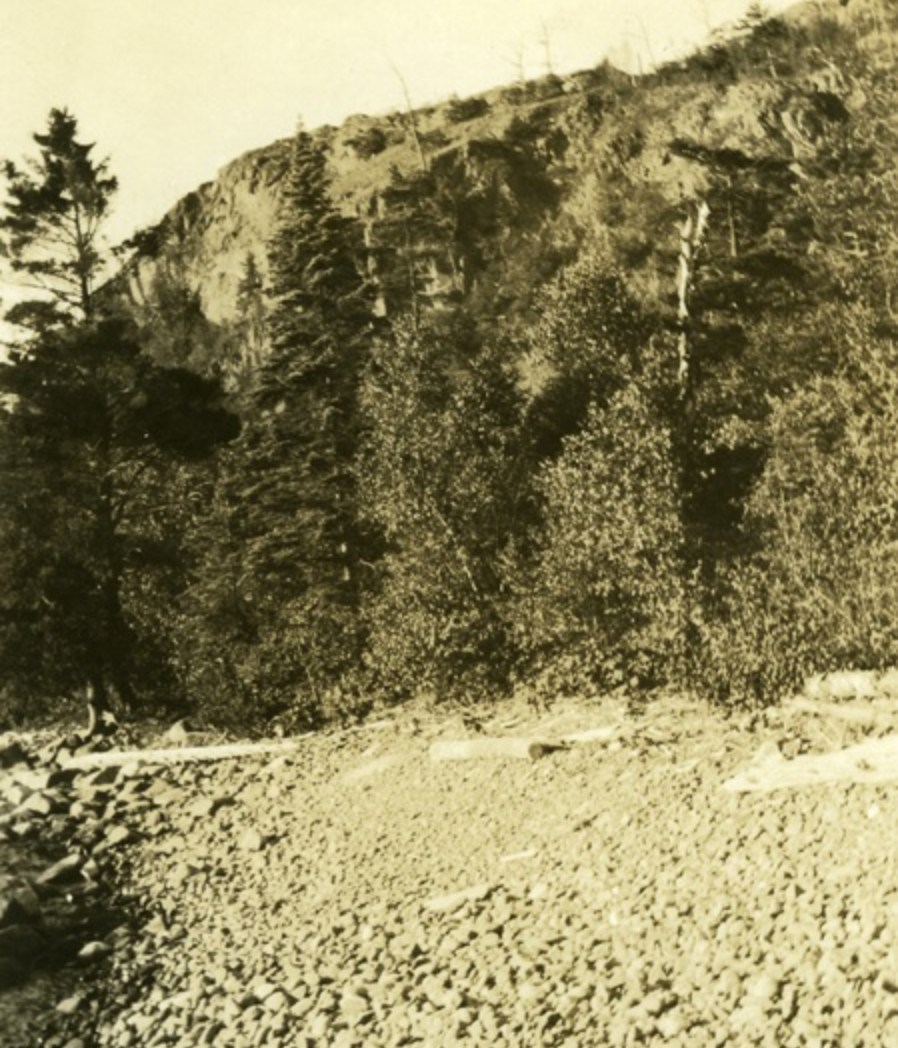 The beach at Alona Bay is pictured in this Sault Ste. Marie Public Library archive photo

When you consider the history of uranium mining in Northern Ontario, Elliot Lake likely comes to mind.  However, there is a radioactive connection further north as well, dating back almost 175 years.

In 1847, a Mr. Stanard, likely an American schooner captain, reported that radioactive material could be found along the shores of Lake Superior, near the area now known as Alona Bay. This information, reported by geologist J.L. LeConte in the American Journal of Science, marked the first recorded instance of radioactive material being discovered in Canada. LeConte described the radioactive material and identified it as being related to pitchblende, a radioactive ore from which uranium is extracted. He named it coracite, a reference to the raven-black colour of the mineral.

While there was some attention paid to coracite over the following years, interest in the source eventually petered out – mainly because prospectors were unable to find the exact location, due to conflicting reports and lack of sufficient equipment. For over 100 years, the radioactive materials lay dormant.

Enter Robert Campbell, a prospector from Toronto. He had had an interest in mining from the age of seventeen, sparked by an uncle’s career in the field. However, his journey was far from easy: Campbell told the Globe and Mail of how he struggled with his schooling, found himself unable to find success in a logging career, and was viewed as “deadwood” by his family.

However, in Campbell’s words, “there’s a rainbow at the end of every trail,” and that rainbow came in 1948.

After several years in mining and prospecting, some difficult financial periods, and time spent serving in the Second World War, Campbell decided to focus his attention on uranium.

He recalled reading a document about uranium north of Sault Ste. Marie – likely one of the reports about coracite from the 1800s. He spent time researching at the various libraries, uncovering other information leading him to believe he could find radioactive materials in that area.

And so, armed with a Geiger counter, he set out.

The Globe and Mail printed excerpts from his diary detailing his trip: “. . . went over several high hills where we had boat wreck . . . lake rough . . . I got some real kicks on Gieger [sic] counter . . . got rather excited because I believed that I had found it.”

He ultimately found a shiny, black seam of pitchblende, running through the coastline – a discovery that he described as “the greatest thing that ever happened to [him] in [his] whole life.”

Campbell staked out approximately 30 claims before word got out, and then a uranium rush began. Within a month of Campbell recording his claims, the overall number of claims had jumped to over 200; by a year later, there were several thousand. The Globe and Mail described the forest north of the Sault as being “a madhouse of activity,” full of tents and Geiger counters.

It wasn’t all serious business, however. In December 1948, a few months after the discovery of pitchblende at Alona Bay, “the grapevine got busy” about uranium in downtown Sault Ste. Marie.

According to the Globe and Mail, a practical jokester had posted signs in “the snowbanks in front of two of the city’s leading hotels.”  The signs looked, for all intents and purposes, like the signs used to stake a mining claim – except that writing on the posts referenced local beverage rooms. The joke was quickly revealed, but not before rumours spread as far as Detroit about uranium on the city’s main drag.

The unearthing of uranium north of the Sault was a process that spanned over 100 years. It involved a shipwreck, a rush of attention, and a flood of new claims in the north. Today, a plaque stands at Alona Bay, commemorating the discovery.

But even the wildest of stories has its limits: there was no actual uranium in downtown Sault Ste. Marie.