This edition of Remember This continues the story of one of Sault Ste. Marie's most infamous murders
0
Mar 17, 2019 11:00 AM By: Remember This? 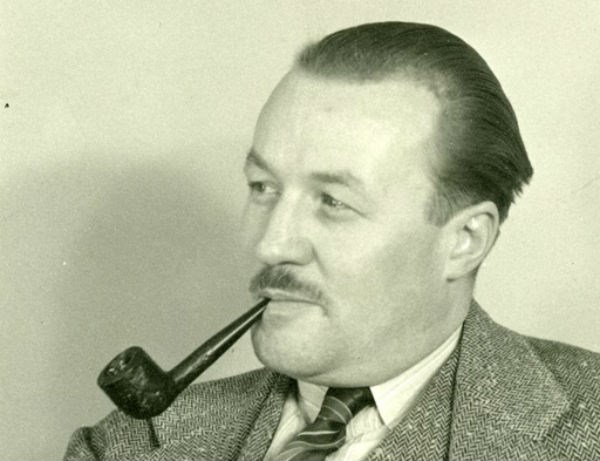 When Algoma Steel executive Dalton Barber was charged with the murder of his wife, Marjorie, the city quickly took note due to the prominence of the citizens involved. But perhaps no details sparked the interest of onlookers in the courtroom quite like the mystery woman who was involved.

Over the course of the trial in May of 1966, it was revealed that Dalton Barber had an ongoing affair with a married woman, Irene Chapman. Irene and Dalton had become close thanks to a shared interest in books. Dalton was an amateur mystery writer, and Irene typed up the manuscripts for his two unpublished works: Answer in the Negative and Death and the Dark-Haired Maiden.

Forensic scientist Douglas Lucas recalled in his memoirs My Life of Crime that he read the entire manuscript of Death and the Dark-Haired Maiden to look for clues. There were none, and he described the work as being “dreadfully written.”

Writing prowess aside, Irene and Dalton’s relationship soon grew beyond just the literary, with Barber spending time with her in Toronto, or Irene coming to stay with him in Sault Ste. Marie when his wife was out of town. It was repeatedly established over the course of the trial that they had “normal sexual relations.”

Indeed, shortly after he had left the hospital, approximately a week after the death of his wife, Dalton Barber skipped town with Irene. The two met up in Sudbury, then travelled to Toronto, then to Quebec before returning to Sault Ste. Marie.

On Christmas Eve of 1965, she moved into his house on Barber Boulevard. Barber admitted over the course of the trial that he told people he was living alone. He kept the bedroom door closed, and she would hide inside when people visited; he claimed the room held too many bad memories, hence his decision to keep it inaccessible. As an additional precaution, in the event that Irene was discovered, he rumpled the sheets on the cot in the den, in an effort to make it look like he had been sleeping there instead.

On Feb. 12, 1966, prior to Dalton’s arrest, officers including Inspector Bob McEwen dropped by his house and asked to inspect the home. Barber allowed them in, and they looked through the residence. When they got to the bedroom door, however, they found it locked; neither Barber nor the officers were able to open it with the key. When they went outside to gain entry to the bedroom, an officer waiting outside, picked up Irene Chapman as she attempted to leave the house covertly. Officers brought her in to the station for questioning, and Dalton soon followed.

Despite his protests that he “thought it was all cleared up,” Dalton agreed to retell his side of what had happened – and in doing so, he contradicted his previous story about his wife’s death, which officers called him on.

While he had been attempting to toy with police officers, treating the investigation as a game or something out of his mystery novels, things took a turn. According to Barber, he was told by police that the only way he could avoid involving Chapman in the investigation was to provide a statement. At this point, he stood up and declared, “I killed her, Bob.”

He followed this up by an outline of how he had killed Marjorie. He’d found her on the ground in the garage, next to one of their cars with its engine still running. He put her head by the exhaust pipe and then went inside. A short while later, he returned to the garage and carried Marjorie up to their bedroom. He then started the other car in the garage, and left both of them running, with the fumes going into the house. He then went to lie down himself, remembering little until he was in the ambulance on the way to the hospital. The confession led to his arrest and to the laying of charges.

By that time, however, police had already questioned Irene Chapman, who had provided details about their relationship. Learning that she was already involved, he asked that police rip up his confession so that he could make a new statement; the police retained his confession and charged him with murder. Furthermore, the police denied that they had ever used her as leverage to get a statement out of Barber.

A police search of Barber’s home had revealed documents that discussed him “getting along . . . happily” in the wake of his wife’s death, and how he didn’t feel “troubled by memories” in the house.  Finally, they found a will, written up less than a week after Marjorie’s death, which left all of Dalton’s possessions to Mrs. Chapman and listed her as the sole beneficiary to his life insurance money.  He described Irene Chapman in the will as his “beloved companion and wife in common law,” a phrase he used to try to prevent other family members from making any claim to his estate when he passed away.

When Irene Chapman arrived in the courtroom for Dalton’s trial, her presence satisfied the curiosity of many of the spectators. However, according to Douglas Lucas’ memoirs, her appearance was “somewhat less than attractive,” apparently prompting the men in the courtroom to wonder what Dalton had seen in her.

On a less superficial front, the big question that remained was how exactly Marjorie had been killed, and how the house had filled with fumes.

An examination of her body revealed that she had died lying in bed. This was also consistent with some of the details noted during the trial – including that Dalton’s brother felt that he could not possibly have carried Marjorie into the house, since she was the bigger and stronger of the two.

However, if she had died in the bedroom, there had to be some explanation for how the carbon monoxide levels had gotten that high. The furnace, for example, was in working order. While one of the Barbers’ vehicles had been found with a warm engine, the other was cool, contradicting Dalton’s confession. Either way, experiments showed that the vehicles running in the garage would not have effectively created a deadly level of carbon monoxide in the bedroom.

Then, evidence from the Barbers’ cleaning lady proved to be a turning point.

Check back next Sunday for the conclusion to the story of this tragic murder . . .