Tears and song: The night they closed 'The Vic'

Its owners could immediately recognize customers, remember their names, and bring them their beer of choice. If you left a tip, it would be waiting for you the next time you came. This edition of Remember This looks back on the the Chow family and 'The Vic'
Nov 25, 2018 11:00 AM By: Remember This? 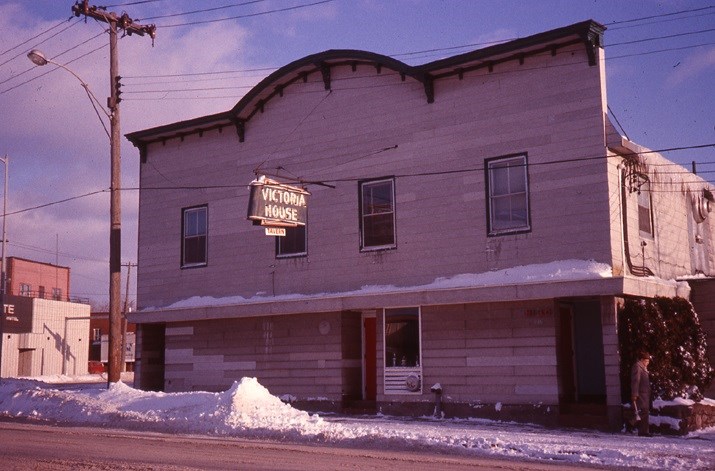 Hong Chow – also known as Charlie – was born in Canton, China. According to a 1972 Sault Star article, he arrived in Canada at a young age; his parents had passed away, and he moved to Canada to live with other family.

Charlie cut his teeth on the hotel business when he briefly managed the Windsor Hotel’s food department. In 1913, he left the city to run a dairy farm in the Timmins or Schumacher area. However, this was short-lived due to the Spanish Influenza outbreak.

The government ordered him to destroy his cattle. With their livelihood gone, he and his family returned to Sault Ste. Marie.

In 1920, the Sault Star reported that Charlie and Fu Hong purchased the Victoria House at the corner of Pim and Queen Streets. It was reportedly purchased for $5,000.

At that point, the hotel had already been in operation for at least 30 years – the Chows were able to find records showing that the hotel was in operation in the 1880s, and land records that potentially tracked the ownership of the property as far back as the 1850s.

The Victoria House, which was later known as simply “The Vic” was located in a bustling part of town. With the Government Dock nearby, the area was a popular place for businesses. Hotels particularly found success in the area, with the corner of Pim and Queen Streets also finding itself home for the likes of the Albion, Algonquin, and Queen’s Hotels.

In 1951, with Charlie Chow’s passing, several of his sons took over the business. For the next decades, Albert, Jimmy, Joe, John, and King Chow ran the hotel and bar. Eventually, the role of manager was passed on to Don Chow, Charlie’s grandson.

Stories abound about the Chow brothers’ excellent customer service. The Chows could immediately recognize customers, remember their names, and bring them their beer of choice – even if the customers were from out of town and only occasionally drank there. When asked about it, however, Jimmy Chow said there was no real trick to that kind of memory. After two or three times serving someone, “it’s automatic,” he told the Sault Star.

At its busiest, during the 20s and 30s, the Vic catered to Abitibi workers, passing through on their way north. The workers would fill the hotel to capacity, often sleeping two to a room or spending the night on the floor.

Hotel work could also be gruelling. At one point, Joe Chow was working seven days a week, for 16 hours a day. The Chow Brothers didn’t accept tips either: any money someone left at the Vic would be waiting for them when they came back.

The building underwent renovations and expansions throughout the years, adding and expanding the beverage rooms. The room for ladies and escorts was added once women were legally allowed inside; it was known as the Jade Room. The men’s beverage room was the Hi-Lo.

The Vic closed in September of 1989, with the Chow family citing increasing competition – including from bars and clubs in Soo Michigan – for its eventual demise.  The Chows sold the building to Howard Tishman, a developer from Toronto.

The Vic’s last night was an emotional one, with Joe Chow crying as he made the rounds through the bar. Hundreds of patrons turned out, children and seniors alike. Speaking with a Sault Star reporter, John Chow described them as his friends, and expressed how saddened he was to be losing contact with them. The crowd sang Auld Lang Syne and gave the Chows a standing ovation just prior to the doors being closed on the Victoria House for the final time.

At the time of its closing, The Vic had been running as a hotel for over a century, and the Chows had owned it for almost 70 of those years. According to John Chow, it was the oldest still-operating hotel in the city, with regular customers that spanned across generations – sometimes as many as four generations.

The Victoria House was demolished in 1990. Today, Algoma Insurance Brokers stands where the hotel once did.