Remember This? The Royal Hotel

Originally it was called the Grand Central Hotel because of its location. It would later house a restaurant known as the best in town
Apr 2, 2017 11:00 AM By: Remember This?

The original hotel built at the corner of Gore and Queen Streets was called the Grand Central Hotel. Built in 1899 by contractor John Hall for brothers Joseph and Patrick Kearns, it contained 24 guest rooms and no basement due to the damp soil conditions it was located on. The name Grand Central was chosen because, at the time, Gore Street was the centre of town. The building also housed a clothing store and real estate office.

For a short time after 1899 the hotel was managed by the Walkerville Breweries, whose agents, Stephen and Company, had offices on the south side of Queen Street at East Street.  In 1905, the hotel was sold to Scott Misene, and six years later, to Michael Keenan.  Keenan was also the proprietor of the Park Hotel, which was on the west side of Hudson Street, south of Superior Street (Queen Street West).

Keenan’s ownership brought about several changes including adding a basement and renaming it the Royal Hotel.  Keenan, his wife and three sons lived in the hotel until Keenan’s death in 1918 when Michael Keenan’s brother, Charles, bought the business. Charles brought his wife, Teresa, and his children to live in the hotel.

Due to prohibition following World War I, the men’s bar was closed. It was located behind the clothing store with an entrance off of Gore Street. The bar didn’t get licensed to sell alcohol again until 1935.  During the same year a ladies’ beverage room was opened. 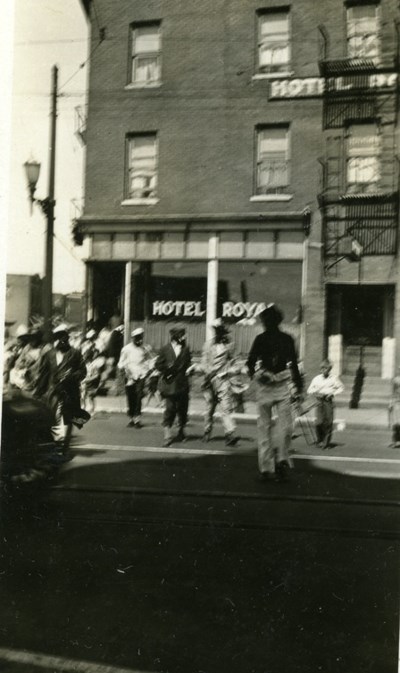 Charles Keenan managed the hotel until his death in 1932, at which time his wife Teresa took over managing the hotel until her death in 1944. Bernard Keenan inherited Royal Hotel from his mother in 1945, when he returned home after serving overseas with the Air Force.  Bernard’s wife, Margaret (Peggy) McGee, assumed management after he passed away on September 7, 1962. It was under her direction that the award winning hotel restaurant, The Red Lion, was established. Known for its British and European atmosphere it was recognized as one of the best restaurants and a favourite destination for locals and visitors alike.

Included in the long list of guests staying at the hotel throughout the years was American editorial cartoonist and Pulitzer Prize winner William Henry 'Bill' Mauldin.  Mauldin actually stayed at the Royal Hotel several times and even came back to spend part of his honeymoon at the hotel. One-time leader of the New Democratic Party, Donald MacDonald stayed at the hotel while visiting in the city. 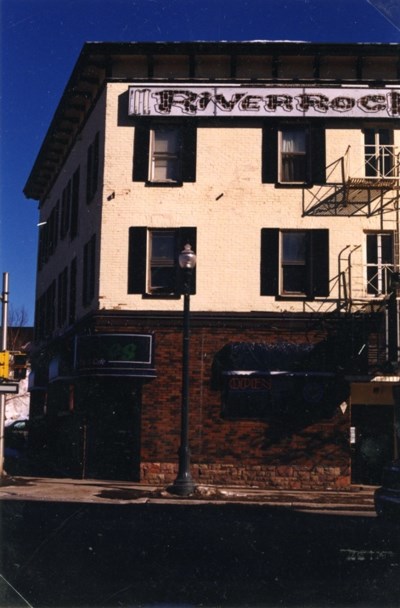 In late 1988, three local businessmen, Jim McAuley, Carmen Greco and Ferd Clostermann purchased the hotel and it underwent many different names and its future became more turbulent. There were many plans proposed for this grand old building.  However it continued to change hands several times until its demolition in 2009. According to the City Directory, the property at the corner of Gore and Queen Streets was known as the Royal Hotel until 1987. The Red Lion Dining Lounge operated until 1991. In 1991, the hotel was renamed the Sault Ste. Marie International Hostel until 1994. In 1992 the restaurant was renamed Tie Breakers Sports Club and Eatery. The River Rock Bar took over the building in 1994 and the O’Aces Bar and Café opened in 2000.

The O’Aces Bar continued to operate at this site up until 2009. In 2009, the condition of the building had deteriorated and the decision was made to demolish the 110-year-old building to make way for a federal office building.

Despite pandemic, Driverseat continues to help drive the Soo forward

Keep your cash in the Sault and share the wealth