Mysterious letters and mysterious strangers. Had the notorious Black Hand arrived in the Sault?

This edition of Remember This looks back on some quick thinking by a local shoe store owner
May 31, 2020 11:00 AM By: Remember This? 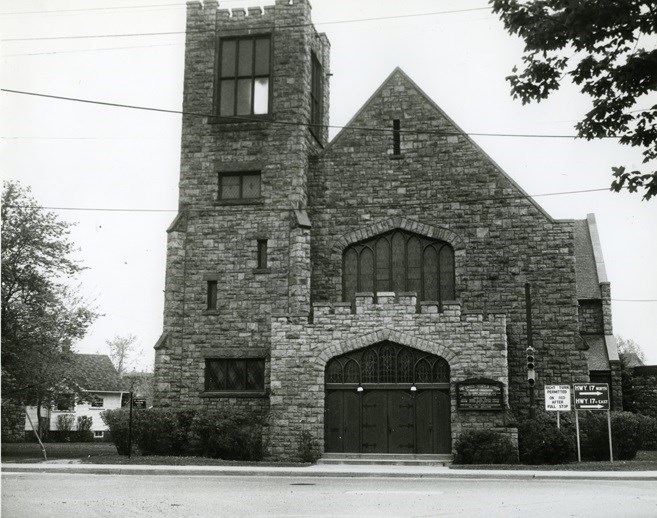 In October of 1907, mysterious letters arrived in town for three prominent Sault Ste. Marie residents, all postmarked in Medicine Hat, Alberta. All of the letters were the same — they demanded the recipient leave $700 on the Presbyterian Church steps on a specified night.

The letter also included, according to the Sault Star, “the most dire threats of the awful fate that would quickly follow if the money was not produced as directed, the least of which was the use of dynamite.”

The police were quickly notified, worried that this marked the arrival of the Black Hand in town, a notorious Italian criminal organization that originated in Naples in the mid-1700s and was slowly making its way through North America. Victims of the Black Hand would often receive threatening letters demanding money; these letters were often signed with a symbol of a hand, held up in warning, in black ink.

Chief Downey and Crown Attorney McFadden got to work, along with other city police detectives. McFadden was even given permission from the province “to hire as many other men as were needed,” and he quickly had four more men sworn in to work the case.

On the night specified in the threatening letters, police arranged to have a dummy package deposited on the church steps, at what is now St. Andrew’s United Church at Wellington and East streets. Police watched from a distance, but no one arrived to take the bait.

McFadden, however, refused to believe that the letter was a joke. He had too much other information to go on — including a mysterious woman who had arrived in town and was rumoured to be connected.

Police worked on the case for two weeks. And then, a breakthrough happened, in the form of shoe shopping, an incident that the Sault Star called “about as interesting as any that has ever happened in the police annals of the Soo.”

Two men walked into Megginson’s Shoe store, near Queen and Gore. Megginson and his clerk helped one of them, who was interested in buying boots but claimed to only have a cheque on him, no cash.

Megginson asked to see the cheque, and when he looked at it, he quickly realized that it was a forgery. The man had signed P.H.B. Dawson’s name, in an effort to make it appear that the cheque was from the paymaster of the Lake Superior Corporation. However, he had signed it as “B.H.B. Dawson,” a mistake that the Sault Star reported would be easy for “an uneducated person” unfamiliar with the quirks of Dawson’s signature to make.

Megginson, thinking on his feet, told the two men, “I don’t think I have enough money here to cash this cheque.” He offered to run out and cash the cheque for them, instructing his clerk to continue to assist them in looking at boots.

His clerk quickly realized something was up and proceeded to show the men “a great number of pairs of boots that wouldn’t fit . . . but which took time to try on.” And while the men were busy looking at ill-fitting boots, Megginson tracked down a police constable, then hurried back to his store.

As Megginson returned to the store, one of the men whispered a warning to the other and bolted out the door. The other, who went by the fake name of Chandler, kept a cool demeanour. Megginson told him that he had the money, apologized for having kept him waiting, and then asked where he had gotten the cheque from.

Chandler did not respond. Instead, he reached for his hip pocket and pulled out a revolver — just in time for Police Chief Downey to arrive and tackle him.

The Sault Star reported on the words that were exchanged at this point, something that must have sounded straight out of a crime novel of the day. “Don’t make any trouble, my man . . . or I’ll choke the wind out of you,” the Chief said.

“You got the drop on me this time, young fellow . . . but sometime I’ll — ”  Chandler’s threat was cut off by his imminent arrest.

As police searched and processed Chandler, they found him to be in possession of skeleton keys, knives, several forged cheques with different names . . . and Black Hand letters — “of the same variety as those received in town.”

As for his accomplice who ran off, Chandler sold him out and reported that they had been staying at the Queen’s Hotel. Police found him there, as promised, and arrested him.

The baggage that police found at the Queen’s Hotel was also quite telling. In addition to “a very complete assortment of burglars’ apparel,” the Sault Star reported that police found “fuses, detonating caps . . . disguises, some literature giving hints to burglars and other stuff of alike character.”

The Globe added to that list, with reports of “nitro-glycerine and other explosives” also being in their possession; the paper referred to the pair as “walking arsenals.”

The Police Chief described it as the most complete criminal equipment he had ever seen.

As it turned out, the men behind this attempted Black Hand extortion weren’t Italian at all: they were from England. They gave their names as Smith and Howard; American authorities indicated that they had spent time in jail in Soo, Mich. a few years prior.

According to a diary one of them kept, they had been in Medicine Hat, Alberta at the time the letters from the Black Hand were posted; a trail of crime seemed to follow their travels across the country. They had arrived in Sault, Ont. later than expected, hence why they hadn’t shown up to pick up the decoy money that was left for them.

And apparently, they gave “damaging” confessions in jail, although police refused to give exact details.

It was the end to a gripping turn of events, one that the Sault Star declared to be the “best police story Soo has had.”