In this edition of Remember This we learn about the harrowing journey of Milford Vanik
May 5, 2019 11:00 AM By: Remember This? 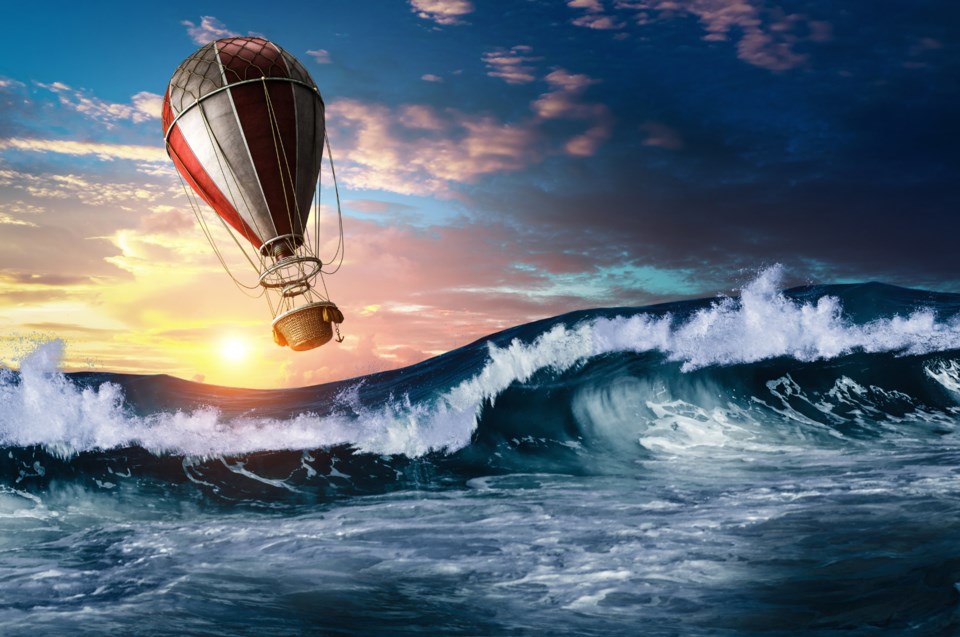 What started as a balloon ride over the Great Lakes turned into an epic tale of survival for one man when he underestimated the power of a November storm.

On November 20, 1931, the 25-year-old aeronautical engineer Milford Vanik left Cleveland, Ohio by balloon. He was bound for Ann Arbor, Mich., with the goal of seeing a football game there. Once he was over Lake Erie, however, things started to go wrong.

He hit a sleet storm, then a blizzard. Ice formed on the rigging, causing his altitude to rise and fall all night. Buffeted by the weather, he found himself flying over open water. He would later discover that he had flown over Lake Huron and Georgian Bay, far north of where he intended to be.

When he spotted the shore, he brought the balloon down for a landing, in what he would later describe as “the most God forsaken country I ever saw.”

Travelling at over 50 kilometers per hour, he crashed into as many as twenty trees, knocking them over, before coming to a halt, lodged in the branches of another.

He was entirely alone in the forest: no houses were in sight.

He had no food with him – apart from some gum, which he told the media tasted “mighty good.”

For defense, he had only a hatchet and a knife. He had a short nap when he first landed, then woke up to see what he thought was a police dog nearby. It wasn’t – it was a wolf.

He knew he had to find people, so he set off into the woods, hiking for hours on end, sometimes having to wade through waist-deep water, only stopping briefly for rests.

After approximately eighteen hours by himself in the woods, he collapsed and was found shortly afterwards by a nearby farmer.  Jack Rutledge, of Iron Bridge, took Milford Vanik in, gave him a meal, and let him stay for a couple of days until he got his strength back.

Vanik declared him “a prince of good fellows.”

Once he had recovered, he travelled to Sault Ste. Marie – by train, not by balloon. From there, he went back to Cleveland by way of Detroit and Ann Arbor.

This was apparently not the first wilderness experience for Milford Vanik – nor was it his only connection to Sault Ste. Marie.

According to Mrs. W. Seymour, of Sault Ste. Marie, she had met Vanik on several occasions through her daughter, one of Vanik’s classmates at the University of Michigan. She had heard of a similar balloon crash approximately a year earlier, when Vanik and another pilot had hit a storm over New York State, found themselves lost for several hours, and eventually landed in Vermont.

Even after his harrowing experiences, Vanik continued to go ballooning – including two trips across the Swiss Alps, the first occurring when he was already 72. He also served as the mayor of Bellevue, Washington for two years. He passed away in 2003.