Ernest Hemingway and the Sault's 'wild nightmare kind of fishing'

A trip to the area by the famed writer and his description of it have certainly not been forgotten. This edition of Remember This looks back on how it might have come to be
Aug 2, 2020 11:00 AM By: Remember This? 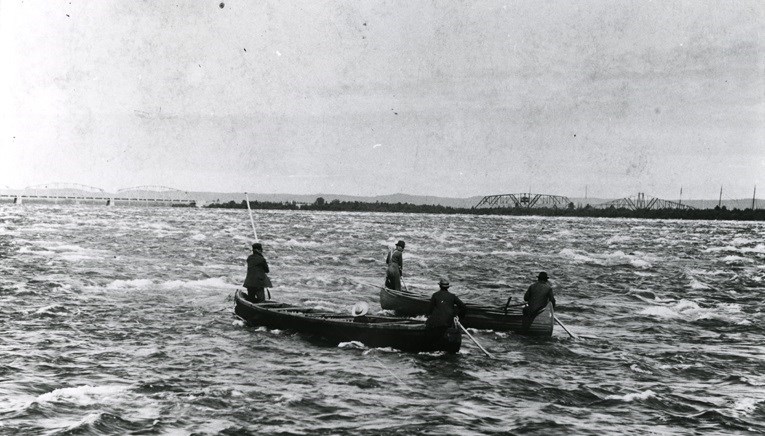 Ernest Hemingway is best known for his literary contributions. A winner of the 1954 Nobel Prize in Literature, he wrote such classics as The Sun Also Rises, A Farewell to Arms, For Whom the Bell Tolls, and The Old Man and the Sea.

He also served in the First World War, worked as a journalist, married four times, and was a prolific sportsman before ultimately taking his own life in 1961. But did you know he has a Sault Ste. Marie connection?

Hemingway had a strong connection to Michigan. As a boy and young man, he spent his summers at Walloon Lake, near Petoskey. This time spent at his family’s cottage would continue for over two decades, and it would shape his love of fishing. In 1919, recovering from the trauma of the war after having been wounded in mortar fire, he went on a backcountry hunting and fishing trip in the area of Seney, Michigan. This trip became inspiration for a short story titled Big Two-Hearted River.

Around this time, he travelled to Sault Ste. Marie, although the exact date is not known, nor is where he would have stayed. Still, in 1920, while working as a journalist in Toronto, he penned an article for the Toronto Star weekly about the fishing in this area: The rough, tough, mauling game of catching rainbow trout with a fly.

In his article, Hemingway wrote of the fishing to be had in the St. Marys River, declaring that “the best rainbow trout fishing in the world is in the rapids of the Canadian Soo.” He wrote of the struggle of landing a fish — as big as fourteen pounds — in the rough and rocky waters, saying it could take as long as two hours to do so. “The Soo affords great fishing,” he wrote. “But it is a wild nightmare kind of fishing.”

He went on to recount a fishing trip he took “not forty miles from the Soo” in a place he said was “called the — well, called the river.” He provided some tips for fly fishing for rainbow trout — recommending “a fly that looks like a yellow jacket” — and warned of the fishes’ jumping abilities.