This edition of Remember This looks back at the strange tale of a troubled newcomer to Sault Ste. Marie
Apr 7, 2019 11:00 AM By: Remember This? 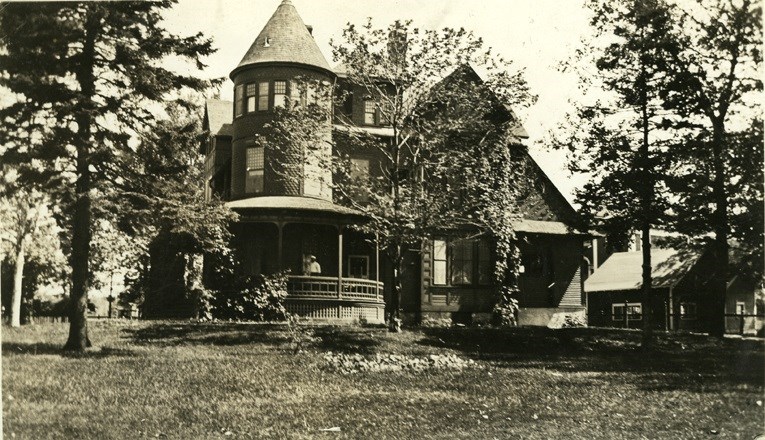 In 1928, the Plummer Hospital became the starting place for an unusual investigation involving an apparent minister, amnesia, and fraud.

The story first came to public attention when a man by the name of Edward Buckland Russell wrote a cheque to the Plummer Memorial Hospital for $250. That cheque was found to be worthless, and police arrested him on charges of vagrancy.

Mere weeks later, he was back in court again – this time, “at his own request [he] was again remanded for a week,” according to the Sault Star.

Initially, not much was known about Russell. He claimed to be a minister and had preached a number of sermons locally, including one at the Salvation Army Citadel and another at the church attended by the Sault’s Chief of Police.

In addition to preaching convincingly – his clergy brethren initially believed he was one of their own – he also had a refined manner of carrying himself and was apparently an accomplished musician. He had a 13-year-old boy in his charge, who was taken to the Children’s Shelter upon Russell’s arrest.

However, the man was largely an enigma . . . including, he claimed, to himself.

Sitting down for a lengthy interview with the Sault Star, Russell gave what the paper would describe as the “weird story of his life.”

In spring of 1925, three and a half years earlier, Russell “found [himself] in Seattle, Wash., U.S.A., without baggage, and suffering from malaria.”

He did not know his own identity – he deduced it from the label in his clothing and a card he had on him. He was also carrying approximately $700 in American money.

He knew nothing of himself, and resorted to staying in hotels while he tried to piece his life together.

Gradually, he claimed, flashes of memory came back to him. He recalled a happy childhood in England, the horrors of a battlefield in France, time spent in a German prisoner of war camp, and an escape back home to England. He also recalled various travels to cities around the world – Warsaw, Berlin, Cape Town, and Hong Kong, to name a few.

However, he had no real memory of what he did in those cities, or what he was doing in America. Somewhere along the line, he recalled “some kind of missionary work, horseback riding, through a thunderstorm, an argument of some sort, long illness, and arrival in Canada in October, 1925.”

In Canada, he started off on the east coast, where he preached with a Presbyterian Church and worked as headmaster of a school. He met a woman – who may have been a prominent English woman – and they became engaged. He also took a young boy into his care.

However, “an automobile smash” shattered his nerves, and he took a leave of absence from his job, called off the wedding, and moved to Montreal. He brought the boy with him.

Unable to find work in Montreal, he travelled to Ottawa, North Bay, Sturgeon Falls, and Timmins where his fortunes started to improve as he played organ for the Catholic Church. Ultimately, he found himself in Sault Ste. Marie where, in an effort to find work, he began to secure engagements preaching at local churches. He developed more social supports, and things seemed to be looking up.

It was here that he became ill. He was admitted to the Plummer Memorial Hospital and attempted to pay for his care by cheque. The cheque was from a bank in Toronto, and it did not go through. Russell claimed that he had no account with a Toronto bank, but he did admit it was his signature on the document.

Police picked him up at the hospital; he was packing his things and presumably preparing to go on the run. He was charged with vagrancy and because, he said, he was “suffering from a nervous breakdown” and “overwhelmed,” he pleaded guilty. Once he had time to think it over, though, he instead decided he wanted to get in touch with the Foreign Office and get back home to England.

While his story was quite detailed, legal officials quickly threw his trustworthiness into question. The friends and social supports that Russell claimed to have were not so charitable when the Crown Attorney inquired after them. The Crown Attorney collected statements from them “and none of them have anything good to say for him.”

As the Sault Star put it, “he left a trail of unpaid bills and questionable financial dealings” in Sault Ste. Marie and elsewhere; there was a warrant for his arrest in Renfrew, and in Toronto there were reports of him not paying a jewellery store for his goods.

During his trial, he started to give the court “a lengthy address.”

The Crown Attorney “cut the man short rather abruptly” and “told him candidly that he did not believe his stories.”

Over the course of the trial, he also admitted that his name was actually Manning, not Russell, confirming people’s doubts about his identity.

The 13-year-old boy who was travelling with him was initially reluctant to speak. However, he provided authorities with details about their travels. The Sault Star reported that upon learning that the boy had talked to the police, Russell’s entire demeanor changed: his “dapper and confident” demeanor vanished, and he “was a broken man.”

Ultimately, while the trial took place behind closed doors and there were few details in the local papers, Russell was sentenced to five years in the Kingston Penitentiary due to a charge pressed on behalf of the boy. It was a serious and concerning close to a case that had started with a supposed minister writing a bad cheque.