Dr. Perry Ernest Doolittle and the push for the Trans-Canada Highway

This edition of Remember This examines the history of the motoring MD and his visits to Sault Ste. Marie
Jun 14, 2020 11:00 AM By: Remember This? 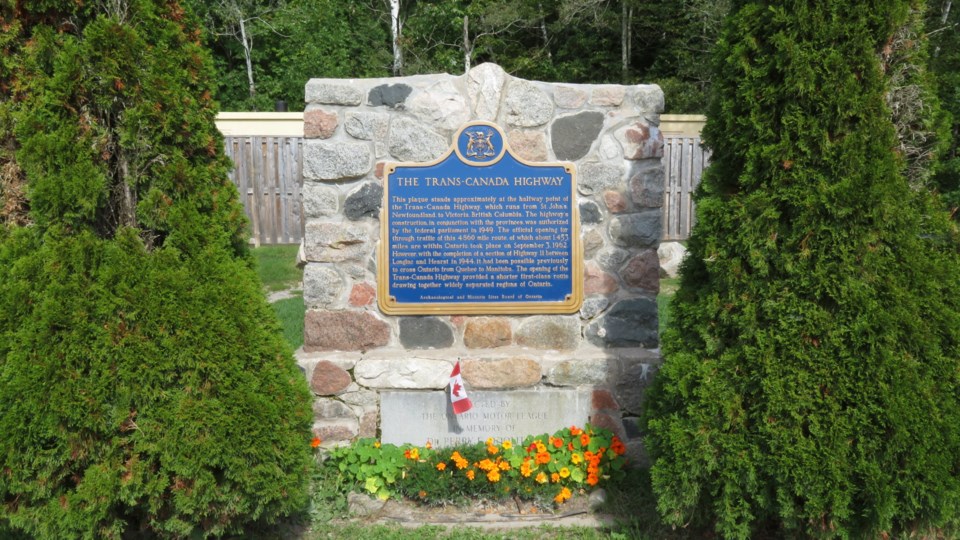 On July 29, 1923, Dr. Perry Ernest Doolittle set out on a lengthy road trip. Starting in Halifax, Doolittle, who was then president of the Canadian Automobile Association (CAA), would take the newly-completed Eastern section of the Trans-Canada Highway all the way to Sault Ste. Marie.

While Dr. Doolittle was a Toronto physician, he also had a clear passion for automobiles and roads. He became the first doctor to drive to visit his patients in Toronto. In 1903, he helped to organize and became president of the Toronto Automobile Club; in this role, he advocated to increase speed limits to 10 mph. Then, from 1920 to 1933, he served as president of the CAA, where he was a fierce advocate for both road safety and for a highway system that would span all of Canada. Doolittle even went so far as to buy one of his cars from “pioneer motorist” John Moodie; under Moodie, the car had been the first automobile owned in Canada.

And in 1923, in his new car, named Brule II after Etienne Brule, he would face a range of conditions, including greasy clay roads, on his way across Eastern Canada to the Soo.

It wouldn’t be Dr. Doolittle’s first trip to Sault Ste. Marie. He had already been to visit on at least two other occasions, “[preaching] the gospel of good roads and good fellowship.” First, he visited in 1920 on a tour around Lake Huron, and then he returned in 1921 on a tour around Lake Superior.

He was well-known as an advocate for roadways in the north: he championed high-quality roads between North Bay and the Sault as well as between the Sault and what is now Thunder Bay. And, perhaps because of his advocacy, he had fans in the area. The Sault Evening News editor spoke highly of Doolittle, describing him as “a wonder in his enthusiasm and his ready wit and his sheer lovableness.”

Doolittle had planned to arrive in the Sault on Aug. 4. He was slightly delayed, driving into town on Aug. 6. A grand reception awaited him, with 200 motor cars joining him in a convoy that drove down the streets.

With Discovery Week celebrations in full swing — an occasion that marked the 300th anniversary of Brule and Grenolle exploring Lake Superior and the St. Mary’s River rapids — Sault Ste. Marie was humming with excitement. Dr. Doolittle and Brule II only added to it.

With him, Dr. Doolittle brought letters from Halifax mayor and city council, which he then presented to the Sault Ste. Marie municipal government. The letter sent greetings from Halifax, with the mayor writing, “I understand that your people are also celebrating the anniversary of the founding of Sault Ste. Marie, and I desire on behalf of our citizens to join with you in spirit on this happy occasion and to wish your people their continued prosperity, which their energy and perseverance so fittingly deserves.”

In 1925, Dr. Doolittle achieved a goal he had been chasing for years: driving across Canada by car. Unlike in 1923, his trip wouldn’t come to an end in Sault Ste. Marie, but rather he would keep on going clear through to B.C. In his Model T Ford, he became the first to drive a car across the country on its own power.

He made the trip in 39 days — albeit with a change of wheels so that he could drive on train tracks. There were still no roads in some areas, meaning that he had to occasionally rely on the existing railway system.

Dr. Doolittle died in late 1933. While the Trans-Canada Highway would not officially open until almost 30 years later, he would go down in history as the man who tirelessly laid the framework for the project, the father of the Trans-Canada Highway. As he was once quoted as saying, “I don’t want an up-and-down tombstone. They can lay me away with a smile on my face if they will put mine flat on the ground — a ribbon stretching for 4,000 miles.”

Presently at Chippewa Falls, a heritage plaque marks the approximate halfway point of the Trans-Canada Highway. And along with that is a monument, built by the Ontario Motor League, in Dr. Doolittle’s honour.