This edition of Remember This looks back on Medal of Merit recipient who was committed to the city's history and the wellbeing of its people
Nov 8, 2020 11:00 AM By: Remember This? 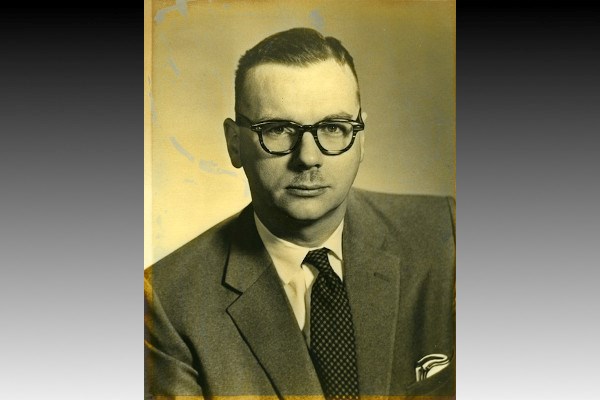 Physicians play an important role in people’s lives and they often become an integral part of any community that they are in. Our city was fortunate to have a physician, Dr. Charles R. Eaid, who became a vital member of the local medical community.

He was the son of Dora and Charles Eaid and was born in Hamilton in 1919. His family moved to Sault Ste. Marie when he was three years old. After attending Alex Muir and Central Public Schools he went on to attend Sault Collegiate. Deciding to go into medicine, he went to Queen’s University and graduated in 1943. Following this he served in the Commissioned Services of the Armed Forces in 1946.

While working as an intern at Brantford General Hospital, he met a young nurse named Mildred Symonds whom he married in 1944 and they eventually settled in Sault Ste. Marie where they raised a daughter.

As a new physician he established a private practice in 1946 and would continue to practice medicine in Sault Ste. Marie for over fifty years. In 1971, he became the first Sault Ste. Marie physician to be certified through the College of Family Physicians of Canada. He was appointed by the Board of Directors of the Plummer Memorial Hospital to the position of Chief of the Medical Staff in January 1971 and held this position until 1980. He also served as the Coroner for the District of Algoma.

Later in his medical career he devoted his attention to issues relating to seniors. While continuing his own practice, he also became the medical director of the F.J. Davey Home. In 1984 he was appointed to the Ontario Advisory Council on Senior Citizens.

He grew up watching his parents’ strong commitment to volunteerism and spirit of ‘giving back’ to their community. This attitude strongly influenced their son and was evidenced in his life. In 1978 he received the Jubilee Medal in recognition of his life of serving others.

Dr. Charles Eaid also received another significant honour when he was named as one of the 1984 recipients of Sault Ste. Marie’s Medal of Merit. The selection committee identified his extensive list of volunteer activities in addition to his medical career as key points when they made their decision. As the president of the Historical Society, Sault Ste. Marie Museum board member and the charter president of the Historic Sites Board he dedicated much of his time to the preservation of our local history.

He also found other ways to help the community. He was the vice president and chairman of the United Way from 1964-1969. He was a member of the Sault Ste. Marie Board of Education in 1964 and 1965. He was also a member of the Mayor’s Centennial Committee in 1967. Much of his other volunteer activities revolved around the medical field, serving as adviser and board member for St. John Ambulance, Victorian Order of Nurses and the Algoma Health Council and Health Unit. His long history of volunteerism made him a very worthy recipient of the Medal of Merit.

He died on April 8, 2002 at the age of 83 after a very full life and leaving a legacy that will continue to be appreciated by our community for many years to come.