Doreen Hume: From Sault Ste. Marie to performing for royalty

This week, Remember This looks back on an accomplished vocalist who was born in the Sault and returned to her roots after a successful career
Oct 11, 2020 11:00 AM By: Remember This? 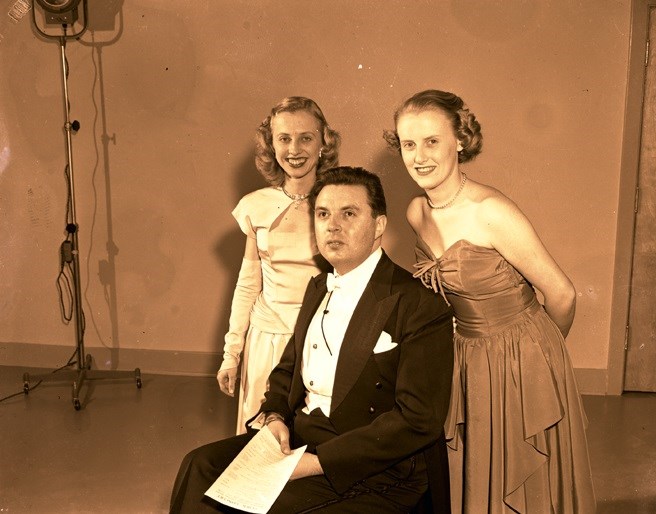 If you have an interest in vocal – and particularly classical – music, you have likely heard the name Doreen Hume. Born in Sault Ste. Marie in 1926 as Edith Doreen Hulme, she made a name for herself not only locally but also nationally and internationally. She was described by the Sault Daily Star in 1959 as “one of the brightest stars of the London variety stage.”

Hume began her voice training locally with John Blackburn, a well-known music teacher who worked at Sault Collegiate Institute. In the 1940s and 50s, Hume continued her training in Toronto at the Royal Conservatory of Music to become one the country’s best known coloratura sopranos.

However, despite being based in Toronto, when opportunities came up, she continued to return home to Northern Ontario for singing engagements. In 1947, she made her first appearance back in Sault Ste. Marie, when she performed at Sault Collegiate. She was greeted with what the Sault Daily Star described as a “royal reception.” The article described her “fine range, lovely tone, . . . perfect articulation” and “splendid execution” . . . along with the “tremendous ovation” that she received from the audience, who called her back on stage to perform multiple curtain calls both before and after intermission.

In 1949, she returned once again to perform in the concert celebrating the opening of the newly constructed Memorial Gardens. At this concert she shared the stage with Jennifer Klym and Joseph Victor Laderoute, two successful musicians who also hailed from Sault Ste. Marie.

In 1940s, she began to receive national acclaim. She appeared on – and won – the CBC Radio talent show, Opportunity Knocks in 1948. She followed this success by winning the CBC’s Singing Stars of Tomorrow operatic singing competition in 1949. Her association with the CBC continued; she was featured in numerous performances on the radio, both as a soloist and as part of the CBC Light Opera Company’s performances. In addition to radio, she continued performing live in Toronto and elsewhere in Canada.

In 1954, Doreen Hume moved to England, where she lived for several years. While overseas, she performed with the BBC in well over 1,500 television and radio performances. With the BBC Orchestra, she toured across Europe and performed for royalty on many occasions both in England and in other European countries. She also recorded twelve EPs and LPs over the course of her career.

In 1959, she briefly returned to Sault Ste. Marie, where she performed a Christmas Day concert on local television. While in town, she sat down with reporters and provided advice for aspiring and emerging singers, saying, “travel the world if possible. Take engagements in as many foreign countries as possible” and “take the time and trouble to learn music thoroughly.”

Despite all of her successes, she still remained humble, telling the Sault Daily Star, “I still don’t consider myself a finished artist; I love this business but I still have a lot to learn.”

She spoke fondly of her hometown, saying that she visited whenever possible, especially during winter holidays. She returned to Canada and, eventually, Sault Ste. Marie on a more permanent basis in 1990 when she joined Algoma University College as a teacher. She also worked with the Algoma Conservatory as a teacher in voice, speech arts, and theatre.

She eventually made her home in Elliot Lake, having retired from producing and directing local theatre performances. She was inducted into the Sault Ste. Marie Walk of Fame in 2009, at the age of 83, in recognition of her dedication to and success in music and performance.