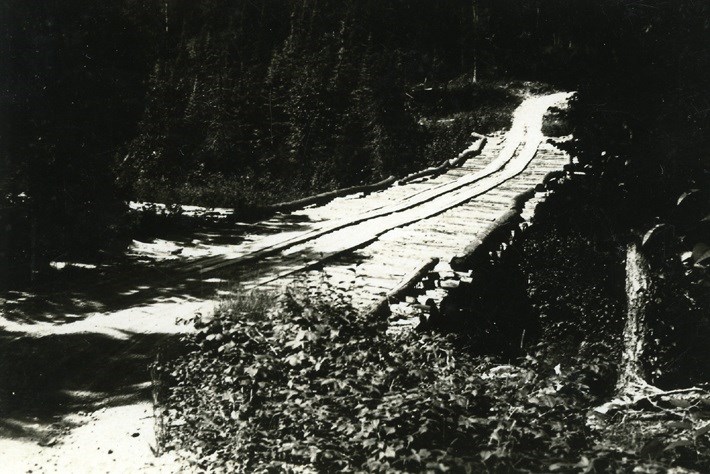 This is Part 2, of a three-part series recounting this history of Dr. W.H. Dudley. Read Part 1 here

In 1928, a Sault Ste. Marie woman had died as a result of what the police believed was an illegal abortion performed by Dr. W. H. Dudley.  While Dudley was brought to trial on charges of manslaughter, he was found not guilty.

However, the doctor still found himself under scrutiny: the police had become suspicious of his activities.

In 1930, police officers spent over two months investigating Dudley, building a new case against the man they believed was performing abortions.

Officers started a surveillance campaign. One was stationed outside of the Albert Street building that served as Dudley’s home and practice. Police also staked out another house, a private residence on the corner of Bruce and Grosvenor Streets; police had received complaints “by people highly connected with church circles” that the owner of the private residence, Mrs. Doyle, was also connected to the administering of abortions.

During one day of surveillance, “there was considerable disturbance about the house,” with reports that passersby could hear a woman’s delirious ravings. Dudley visited the private residence, and she fell quiet shortly after that. While officers did not immediately discover this, the woman – a young resident of Bruce Mines – had died.

Then, police received word that Mrs. Doyle had come into possession of a diamond ring, a watch, and a fountain pen. They confiscated these items and, through a local jeweler, found out these items had belonged to the young deceased woman.

At that point, Bruce Mines police arrested the young woman’s boyfriend. Sault Ste. Marie police went to pick up Dudley, but found he was not at his house. He returned home around midnight, having been out for three hours, and police arrested him. They found a spade, blankets, and sand in his car. They also soon arrested Mrs. Doyle.

Dudley admitted to burying the body of the young woman. Dudley then brought police to Cranberry Flats, a few miles off of Goulais Bay Road, leading them to the exact spot where he buried her body so that police could exhume her. Given how familiar Dudley was with the area, police also resolved to make a more thorough search of the area – especially because they became aware “that a number of bodies of infants [had] been disposed in the district.”

The investigation and arrests were praised by the Crown Attorney as “one of the finest pieces of police work” that had ever come to his notice. “At two o’clock Saturday the police had a watch and ring and a fountain pen but they didn’t know who they belonged to. At two-o’clock Sunday afternoon the three people were in jail. The girl’s body was found and statements had been procured from all material witnesses.”

However, despite the accolades, it was a heavy case for the officers involved, with the lead officer, having worked on the case for ten weeks, expressing he wished he could have arrested the group before the young woman died. According to the Sault Star, upon finding the body, “he sat on the running board of an automobile and sobbed.”

As the trial progressed, more details emerged. A young woman from Bruce Mines found herself pregnant. She and her boyfriend came to Sault Ste. Marie to visit Dr. Dudley. While she waited in the car, her boyfriend went into the doctor’s office to discuss an abortion, which he was told would cost him $250 – over $3,500 by today’s standards.

They raised enough money -- $200 with $50 to come later – and returned to Dr. Dudley’s office. The young woman and Dudley left in his car. She never returned.

She was presumably taken to Mrs. Doyle’s house, where the procedure was performed. She died as a result of the procedure, probably due to a massive hemorrhage. According to the Sault Star, “the doctors did not find a pint of blood in the girl’s body.”

Everything was corroborated through statements by Mrs. Doyle, the boyfriend, and Dudley, the latter of whom confessed to performing an abortion.

The evidence was all laid out.  Now, it was time to determine if the accused were guilty – and what sentence they might receive.

Check back next week for the conclusion of this story.