Opinions differ as this edition of Remember This presents the closing chapter of the Sault Express story
0
Feb 23, 2020 11:00 AM By: Remember This? 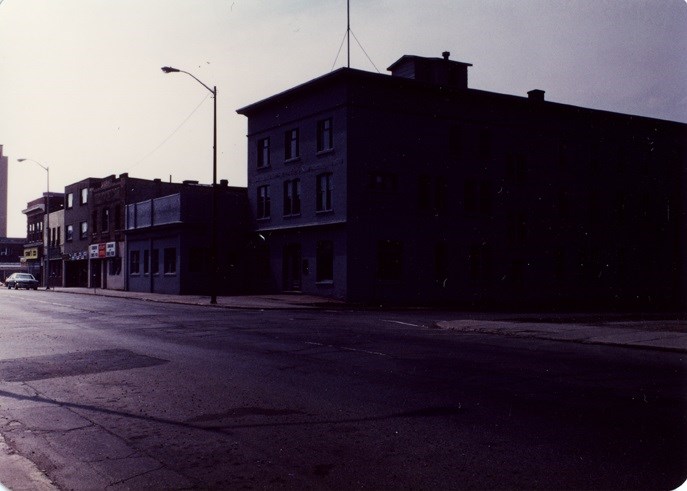 The office of the Sault Express was locatee at 519 Queen Street East. This Sault Ste. Marie Public Library archive photo is from the 1970s

In 1919, the Sault Express, a local newspaper, had its premises seized after it published an anti-war editorial.  And it wasn’t just the Sault Express that was restricted when it came to this story: other media had limits on how they could discuss this news story themselves.

Chief Press Censor Chambers instructed the Canadian Press, for example, not to use the editorial’s headline but rather refer to it as a “violent anti-recruiting article.”

Nevertheless, this did not stop newspapers from commenting on the case. The Daily Mail out of Montreal suggested that, while they felt very highly about the Chief Press Censor, it was a lot of control to give one person; his “power [was] too sweeping and too far-reaching.”  Chambers swiftly responded, explaining that his powers were not as great as were assumed, and that he needed the approval of the Secretary of State and the Justice Department before acting.

Another Montreal newspaper, La Presse, questioned why the Sault Express was being sanctioned while other papers saying much the same things were not.

Even the Toronto Telegram came out swinging in favour of Charles N. Smith – in a backhanded sort of way. They noted that “an editor who has written himself down as an ass . . . should not be written up as a martyr in legal proceedings for high treason, petty treason, or any other sort of treason . . . Mr. Smith belongs not in a jail for traitors, but in an asylum for fools.”

While this largely stayed out of the media, correspondences from the Chief Press Censor’s files also indicated concern for Smith’s wellbeing – or an attempt to further discredit him. One letter, while acknowledging that Smith was a popular person and did have some support, noted that “he . . . had a good deal of trouble lately, [had] recently lost his wife and [had] been in acute business trouble, and according to general report [had] been drinking pretty heavily.”

Incidentally, this editorial debacle was not the only time Smith was at the centre of a firestorm, or the only time that his scruples were questioned. He was, in fact, the same Charles N. Smith, Member of Provincial Parliament, who was linked to the Minnie M. affair. In 1904, it came to light that during the by-election the previous year, American lumberjacks had been paid, given free alcohol, and brought to Canada for the express purpose of impersonating voters and casting their ballots for Smith. There was a petition to have Smith unseated over the event, and following an election trial, he did lose his seat. However, he was immediately re-elected less than half a year later in the 1905 provincial election.

And it wouldn’t be the last firestorm, either. In 1918, two years after the controversy over his article, Charles N. Smith was in the news again, this time for a Bastille Day talk he gave in Sault Michigan – one that apparently left the Ontario side “stirred with indignation.”  He immediately launched into a touchy subject: that young men from Quebec were not enlisting as fast as expected. While he held a French flag, he talked about how people from Quebec were not disloyal but instead simply rejected the monarchy. He went so far as to predict that if the focus of the war was on “the throwing of all crowns everywhere into the Ocean,” French-Canadians would enlist en masse and the allies would win the war within three months.

He also raised the spectre of the Sault Express when he told the crowd, “They suppressed my paper for telling the truth.”

It was an uncomfortable enough speech that the Evening News lamented the inclusion of Smith in the Bastille Day celebrations, saying that it “[seemed] to be the height of bad taste.” They noted that this was especially true when Smith was “not exactly in the good graces of the people of his country – and certainly of his own home town, which town happens to be our next-door neighbour, and which country happens to be our ally in the Great Fight.”

The editorial ended by saying, “No, it was a mistake to invite Mr. Smith to speak by what he said. Let us hope our good friends across the river [in Soo, Ontario] won’t blame Soo, Mich. for it.”

Not all of his contributions were so contentious. During the collapse of Clergue’s empire in the early 1900s, Smith had secured a $2-million loan from the provincial government, helping to ensure that workers were paid the wages they were owed.

As for the Sault Express, it’s not clear what happened after its three-month suspension ended. While a Sault Star article from 1970 speculated that the newspaper never resumed publication, evidence supporting that timeline is mixed.

City directories from 1917 advertised for the paper, boasting of an audience of 2,500 and a cost of $1 per year to subscribe, although it isn’t clear whether that ad space may have been purchased prior to the controversy. The Sault Express had a building until at least 1918, after which the office at 519 Queen Street East sat vacant.

Upon Charles Smith’s death in 1919, The Globe’s news article indicated he edited the Sault Express until he passed away; the Sault Star’s article listed him as leaving his position earlier.

Regardless of what happened to the Sault Express, the story remains a record of a man plagued by scandal, and a country stifling dissenting views in the name of the war effort.

Women in the mill: How a persistent summer student spurred a societal shift at Algoma Steel
Mar 29, 2020 11:00 AM

Typhoid outbreak led to Sault's first chlorinated water
Mar 15, 2020 11:00 AM
Comments
We welcome your feedback and encourage you to share your thoughts on this story. We ask that you be respectful of others and their points of view, refrain from personal attacks and stay on topic. To learn about our commenting policies and how we moderate, please read our Community Guidelines.