A different time: Abortion Caravan of 1970 arrives in the Sault

This edition of Remember This chronicles the reception that greeted a group of women who were fighting for the right to choose an abortion
Jul 26, 2020 11:00 AM By: Remember This? 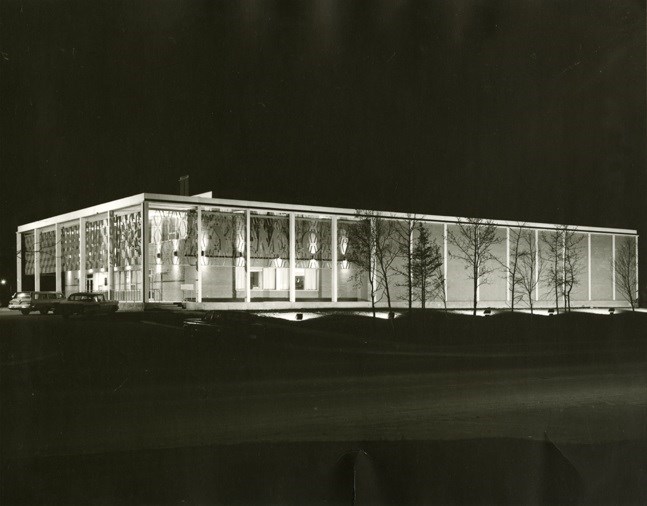 In 1970, a group of women’s liberation activists from the Vancouver Women’s Caucus decided to transport a coffin by road, starting in Vancouver and moving east.

Their Volkswagen van was emblazoned with slogans like “Abortion is our right!” and “Smash capitalism,” and the coffin was strapped to the top. More decorated vehicles accompanied the van with the coffin. A total of seventeen women started out on the journey, although that number fluctuated along the way as they picked up and dropped off activists.

Ultimately, the procession would stop in Ottawa for a demonstration at the Parliament buildings.

The group’s purpose in driving a coffin across the country was to raise awareness and to advocate for reduced restrictions that would allow women to more easily seek out legal, safer abortions. The group of activists wanted women to have access to abortion on demand, across the country, and they aimed to achieve that by, as one organizer said, by “[mobilizing] women against a law which denies them the right to control their own bodies.”

At that time, according to the activists, in order to have a legal abortion, a board of three members – typically a combination of psychiatrists and general medical doctors – had to approve the procedure, something that favoured wealthier people with connections to those in the medical profession. And not every hospital had an abortion board, meaning that it wasn’t possible to undergo the procedure in some areas. That led women to seek out abortions illegally, sometimes with grave consequences.

The procession was modelled after the On-to-Ottawa Trek, which saw unemployed, striking men travel by from BC with the goal of meeting with government officials. The On-to-Ottawa Trek never made it to Ontario, thwarted in Regina.

The women behind the new cavalcade, however, were determined to make it to Ottawa to meet with government officials. Their project quickly became known as the Abortion Caravan.

On April 27, 1970, the caravan set off from Vancouver. They not only brought their coffin with them, they also held rallies, staged “guerilla theatre” performances that parodied the experience of getting an abortion, and broadcast music and speeches from their vehicles. The activists stopped in various cities along the way, including some in Northern Ontario. There, they were joined by other women’s rights advocates and held rallies.

Their time in Thunder Bay had not gone well – the activists were heckled by a group of locals who called them derogatory names, labelled them murderers, and shouted that they were “going to hell” and “should be hung.” Violence broke out – one local “slugged” another in the face and the police were called.

On the evening of May 4, the caravan arrived in Sault Ste. Marie, by that point consisting of a group of 25 women. The Sault Daily Star reported that the YMCA offered the group accommodations – they could sleep in a meeting room and use the facilities.

There were a number of supporters in the city, including one staff member from the Sault Daily Star who had put up a poster at work in support of the caravan “and . . . startled all the men in the place.”

The activists also held a rally in the Sault, where women shared stories of their struggles with obtaining legal, safe abortions locally.

While in town, the abortion caravan was a subject of interest to local journalists who met with the activists, curious to find out their motivations and opinions. One Sault Daily Star author – seemingly less supportive than the one mentioned previously – noted that “almost all were mere girls – terribly young for such a project,” saying that she only saw one wedding ring in the group.

The reporter further went on to say that “all of them were terribly sincere, but in some of the most intense, we found the use of certain clichés disturbing.” The author cited several terms she took issue with, namely “vested interest,” “racist,” and “distribution of wealth.”

Perhaps not surprisingly, the journalist expressed discomfort with some of the more radical elements of the group, noting that some “were almost hippie in appearance, a factor which will not assist them in obtaining an unbiased hearing. There were several quieter girls, well groomed and intelligent, who made a far better, but less vocal impression.”

The caravan rolled into Ottawa on May 9, 1970. While the group planned to meet with government officials, those officials declined to receive them – leading to “jeers and hisses” from the crowd when speakers mentioned Prime Minister Pierre Trudeau and his Justice and Health ministers.

The abortion caravan was met, however, with counter-protesters from the Alliance for Life, holding pro-life signs. The pro-life protesters also attempted to sit in on the meeting, only to have the abortion activists try to shoo them out. According to the Globe and Mail, at least one objected to being asked to leave, saying, “It’s a public meeting, isn’t it?” That activist was Sheila Copps, who would later become Deputy Prime Minister of Canada under Jean Chretien.

The members of the abortion caravan also arrived in the House of Commons, chained themselves to their chairs, and created a disturbance that security required fifteen minutes to clear. Officials described it as “unprecedented.”

In 2012, Sault Ste. Marie also saw The New Abortion Caravan pass through. This time, the caravan was anti-abortion in nature, with graphic photos, organized by the Canadian Centre for Bio-Ethical Reform. They followed the path of the initial caravan, this time protesting the abortion rights that the initial caravan had highlighted.