In the latest Outdoors in Algoma, bluegills are something to be experienced when ice fishing in Algoma
Feb 22, 2019 4:00 PM By: Outdoors In Algoma 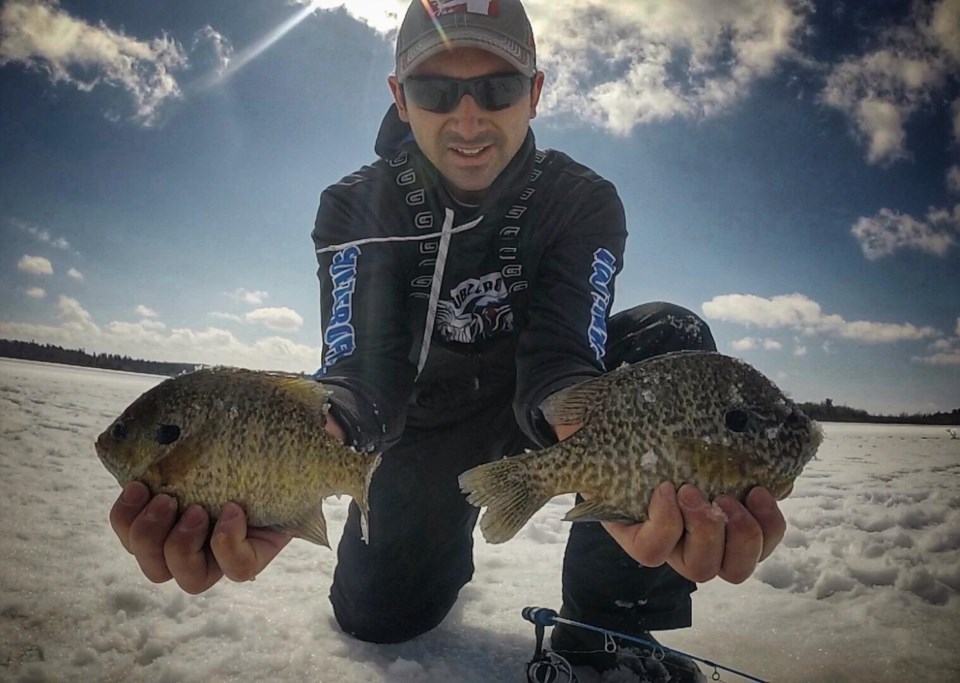 Bluegills are highly regarded as one of the most popular fish in North American waters. There are many anglers that dedicate their time too chasing these small panfish around, looking for true trophy-sized fish year-round. They are also one of the best to put on your plate.

Here in the Algoma region, I don’t think too much is known about bluegills, and they aren’t really all that sought after throughout Ontario. You would be surprised to find out that there is an extremely healthy and large population of bluegills in our area and the size of them might surprise you as well. Populations have soared over the past few years and the amount of trophy-size bluegills is something to be seen and experienced.

During the open water season in Algoma, panfish in general do not get a lot of pressure throughout the season. Thus, their populations always stay and remain quite healthy. When ice fishing season comes around, panfish get a lot more interest and are targeted heavily both by visitors to Algoma and local anglers.

Read the full article about ice fishing for bluegills in Algoma