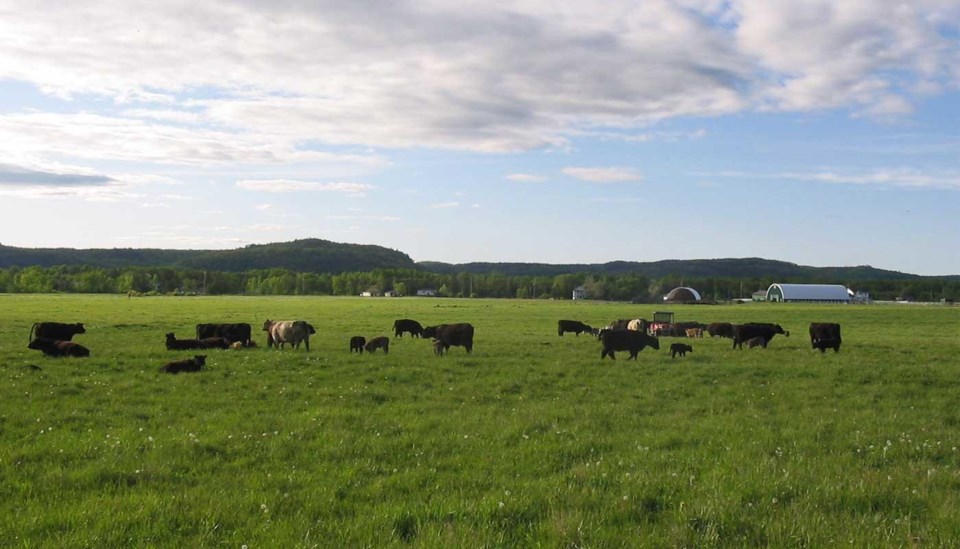 Back in 2005, a group of farmers in Algoma District, on the North Shore of Lake Huron, made the decision that they wanted more control over their businesses. They were tired of shipping their beef cattle to Toronto and being dependant on others to get the price they not only needed, but deserved for their hard work.

Instead of taking a back seat and letting others make decisions affecting their future, that small group of five farmers decided to take matters into their own hands and form Penokean Hills Farms (PHF) as a way of marketing and selling locally raised beef.

It’s a Northern Ontario and Algoma agricultural success story with no signs of slowing down.

I met recently with Nick Gordon. He’s been working with PHF for just over a year now, but really has a long history with the business. His dad’s farm is one of the originals involved in the group, so he not only grew up in the farming industry, but has now brought his business/graphic design skills and enthusiasm to the business as their very busy Director of Sales and Marketing.

I asked Nick where the name “Penokean Hills Farms” came from. He said that it’s a name one of the founders, Will Samis, came up with. It’s a geographical name after a range of hills in Algoma.

Nick said there are now more than 12 farms involved in PHF, and they process and sell beef products wholesale as well as retail. They also, from time to time, have pork and lamb available to sell to retail customers. All the farms are located in the Algoma District.

I wanted to know what makes PHF beef stand out from other beef in Ontario and beyond. Nick has an impressive list of what makes their beef a premium product.

The cattle are either 100 per cent grass-fed, or grass-fed with the last three to  four months fed a pea and barley mix. In fact, their innovative diet has won Penokean Hills Farms a Premier’s Agri-Food Innovation Award!

PHF is proud to work with a beef scientist from the University of Guelph who advises them on the best techniques to raise optimal Black and Red Angus beef cattle.

Read the full article about the Penokean Hills Farms