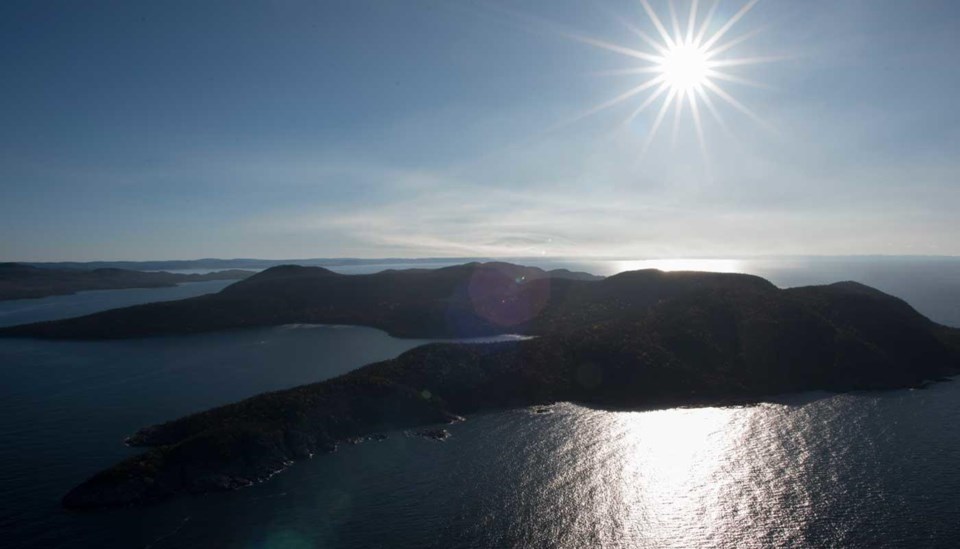 I’ve had some bad luck photographing Pic Island. I set my sights on the lonely uninhabited island due to the resurgence of interest in Canada’s Group of Seven and the places they visited and painted.

The famous group of Canadian artists made eight trips to Lake Superior’s North Shore between 1921 and 1928, painting places like Pic Island, the village of Jackfish and Port Coldwell. They produced hundreds of works from the area that would play a significant role in charting the course of Canadian art.

But Lake Superior had other ideas. The entire time we paddled in the vicinity of Neys and Pic Island, a bone-chilling fog bank descended on our group. Although we paddled to within 500 metres of the island, and camped across the narrow channel from Pic, fog prevailed, and we never did see the island.

A second opportunity came in the summer of 2017 when I was to rendezvous with Naturally Superior Adventure’s Lake Superior Voyager Canoe Brigade along the same stretch of coastline.

Although I have no history of back trouble, I was sidelined the week of the trip with a mysterious back pain. Another opportunity lost. As summer slid into fall, I was determined not to let another season slip by without photographing Pic Island. I contacted Blair Mills at Wilderness Helicopters and arranged for a flight.

So, early on a cool and clear October morning, my wife, Francine, my daughter, Lillian, and I climbed aboard an immaculate six-seater Airbus helicopter.

Of course, the Group of Seven did not access this coastline by helicopter—they came by train. As we fly past the coastal sections of the Canadian Pacific Railway, we can only imagine the difficulties of constructing a rail line through this rolling and rugged landscape back in the mid-1880s.