In this edition of A Bit About, we talk about Motley Crue, the colour purple and Mindy's cat (surprise, surprise)
Sep 30, 2019 6:30 PM By: Mindy Furano 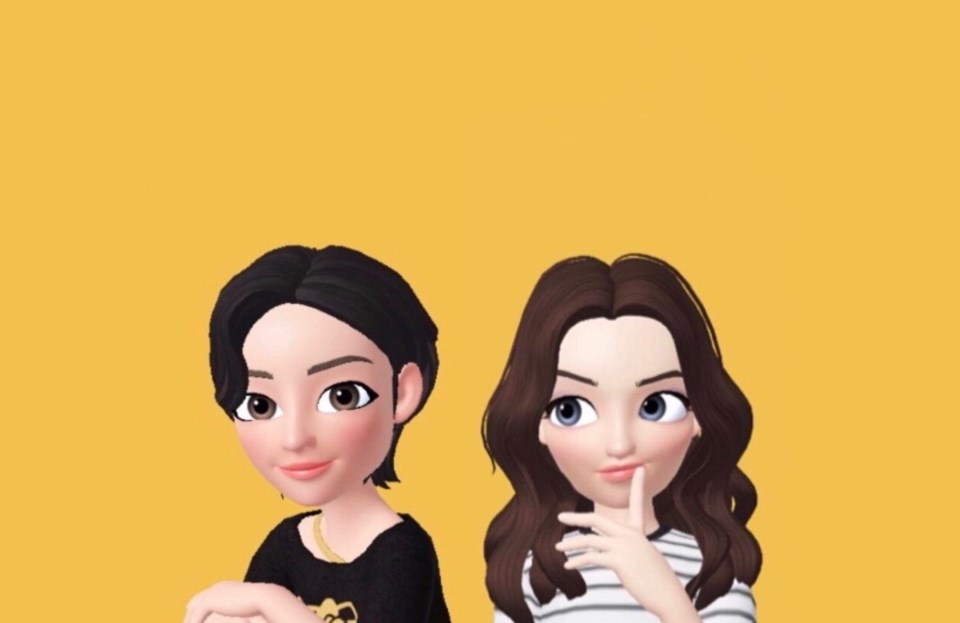 Amelia Ritchie (left), is a local businesswoman and is the boss of Mindy Furano (right), who is embroiled in a passive aggressive feud with her own cat on Facebook. (NKOTB TLA!)

Around Sault Ste. Marie you’re known for your business, Paint and Decor Concepts located at 826 Queen Street East, as well as your involvement in the local WHL (Women’s Hockey League). I’d like to now introduce people to the “Boss Lady” (to quote your business card) behind the ever-expanding business.

Mindy: Please don’t be nervous, the goal here is to simply interrogate you until you break and share something damaging with the community. Sound good?

Mindy: First question, why won’t you add my cat back on Facebook?

Mindy: I don’t know if you’re aware that the person inviting you can actually see when you’re not accepting their request.

Amelia: I think your cat did not accept *me* on Facebook.

Mindy: That literally doesn’t make sense because you never invited her.

Mindy: Are you pretending to look on your phone for an un-accepted request by my cat?

Amelia: Oh, here’s her request, she must have re-added me.

Mindy: That would require her to unfriend you first.

Mindy: I will accept this.

Mindy: If you didn’t work in interior design, what do you think you would do for a living?

Amelia: That, or fashion.

Mindy: Very cool. I like how you enjoy things that are both creative and have an everyday purpose.

Amelia: It was interior design, fashion design or culinary, but over the years the culinary has just become a part of living healthy and family.

Mindy: I love that.

Mindy: What was your favourite band or musician as a kid, as a teen, and who is it now?

Amelia: As a kid it would have been New Kids On The Block.

Mindy: My sister loved them!

Amelia: As I got older it became hair bands.

Mindy: Oh, you mean THAT kind of hair band.

Amelia: Motley Crue. Now, it’s more, I don’t know, a little of everything now, but Taylor Swift has my heart.

Amelia: Three of her songs are my life.

Mindy: You mentioned you like You Need To Calm Down - what are the other two?

Amelia: Look What You Made Me Do

Mindy: I love that I wouldn’t have predicted either of these.

Amelia: And the third doesn’t have a video or anything yet, it’s called I Forgot You Existed

Mindy: I have to look that up! I feel like you’d like the song The Man by her too.

Mindy: I will! Alright, if you could compare yourself to a fictional character, who would it be?

Amelia: Ouff, that’s hard. Why would you ask such a hard question?

Amelia: Alice from Alice In Wonderland.

Mindy: What do you have against classic rock and those who enjoy it?

Amelia: It makes me feel old! Especially when I know all of the words.

Amelia: I didn’t like a lot of those songs when they first came out and I feel like it reminds me of when I was forced to listen to them then also. Those songs also remind me of old movies, like I mentioned when that song from Say Anything came on, I like it, but others I just don’t want to hear anymore.

Amelia: I like all that stuff! I also like the one who sang Take Another Piece Of My Heart . . . Janis Joplin! She’s not punk but she had that same energy to me.

Amelia: You have to watch the movie The Dirt about Motley Crue.

Amelia: Doesn’t matter, watch it, you’ll understand so much. I grew up through that. It’s good.

Mindy: Okay, I will.

Mindy: Say you don’t have car insurance, which celebrity would you rather rear end your truck? Richard Gere or John Cusack?

Amelia: John Cusack because I love him.

Mindy: Then he can just pay it off out of pocket and you guys can get coffee and hang after.

Mindy: Okay, I’d like to do some word association, try not to overthink it, there’s no right answer. First word: Add.

Mindy: Okay. Next word: My

Mindy: I was trying to get you caught in a circle of us repeating ourselves but you really didn’t fall for either trap I had set up.

Mindy: Now, finish these sentences: My three favourite things in the world are . . .

Amelia: My son, my cat, and hockey. I like my husband.

Amelia: I could keep listing family members but it would get too long.

Mindy: If this person walked into Paint and Decor Concepts, I’d probably cry . . .

Amelia: This is too hard. I’d say, Ovechkin.

Mindy: I don’t know what that is.

Mindy: Oh! I will have to look him up.

Mindy: Okay, since you’re smart and seem like a good problem solver, I would appreciate your input. Say I keep forgetting to clock in and out at Paint and Decor Concepts, should my boss assume I arrived early and pay me an extra half hour, or should they assume I left late and pay me and extra forty-five minutes?

Amelia: You get paid for the exact hours you’re supposed to work, or you’re not getting paid at all.

Amelia: I remind you to clock in way too much.

Mindy: This is a hypothetical question, I’m not sure what you’re talking about, but thank you so much for your take on the matter!

Mindy: And lastly, the only question that matters, what’s your favourite colour?

Amelia: It has always been purple.

Mindy: Oh, really! I would have guessed black.

Mindy: So your “brand” and your favourite color differ.

Amelia: It’s such a dark purple it might as well be black.

Mindy: Dark purple was my favourite colour for years! I grew out of that though.

Mindy: Yes, one could say you’re where I once was but I’ve since evolved.

Mindy: Well, I love leaving on a high note, thank you so much for your time, Amelia!