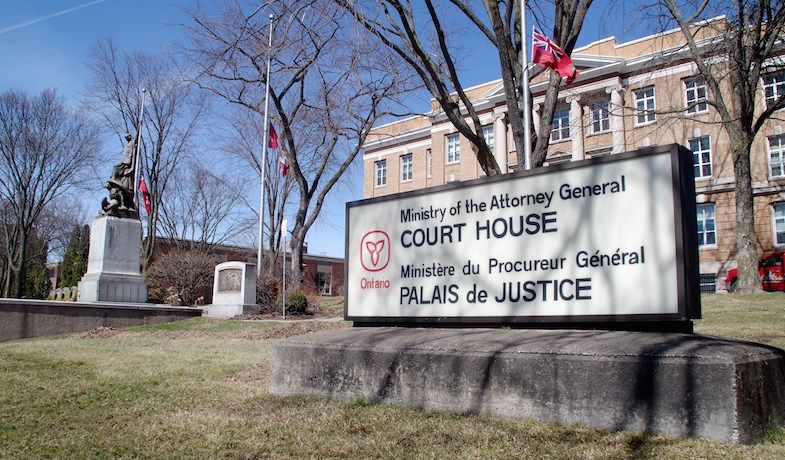 The Sault Ste. Marie Courthouse is pictured in this file photo.
A Toronto man has been sentenced to six years in jail for his part in an attempted robbery that turned fatal in the central area of Sault Ste. Marie early last year.

John David Jamieson, 44, died from gunshot wounds after he and two others attempted to rob an occupant at a Caledon Street home in January 2020.

Alvarado received 570 days credit for time served and a firearms prohibition for life, according to court documents.