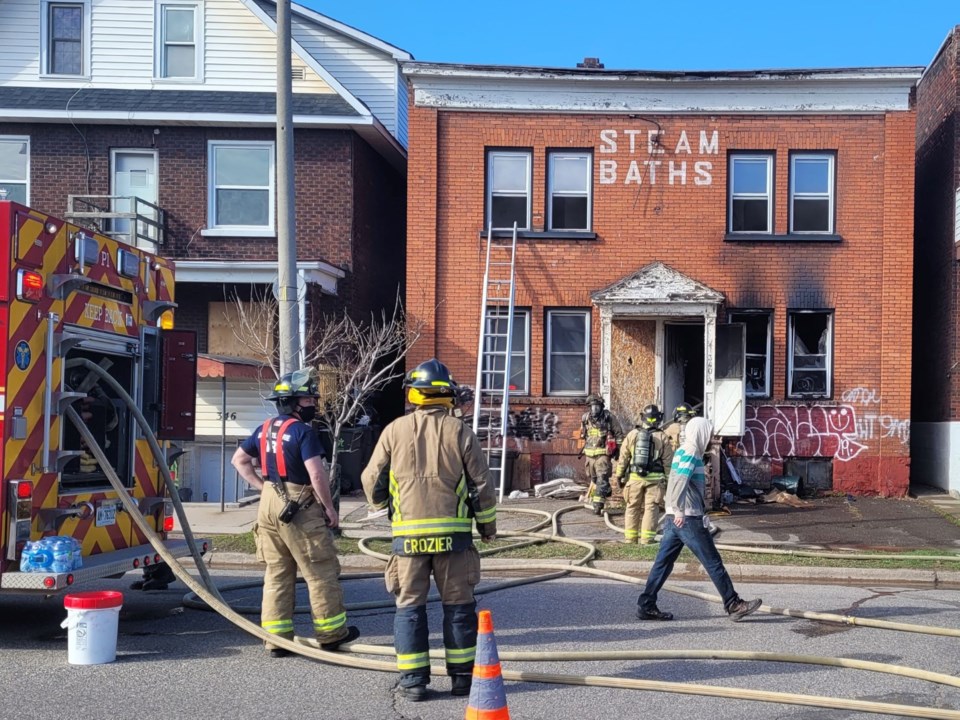 The scene of a fire on Albert Street West on Friday, April 16, 2021. Carol Martin/SooToday

A fire that occurred shortly after 5 p.m. yesterday in the 300 block of Albert Street West is under investigation by the Sault Ste. Marie Police Service.

A news release issued today by Sault Police described the blaze at the iconic Steam Baths building as "suspicious" in nature.

There were no injuries reported as a result of this incident.

Albert Street between Huron and Toronto streets was closed while firefighters extinguished the fire.

Anyone with information regarding this fire incident is asked to contact Detective Constable Darren Sagle at 705-949-6300.