Property crime on the rise in the Sault 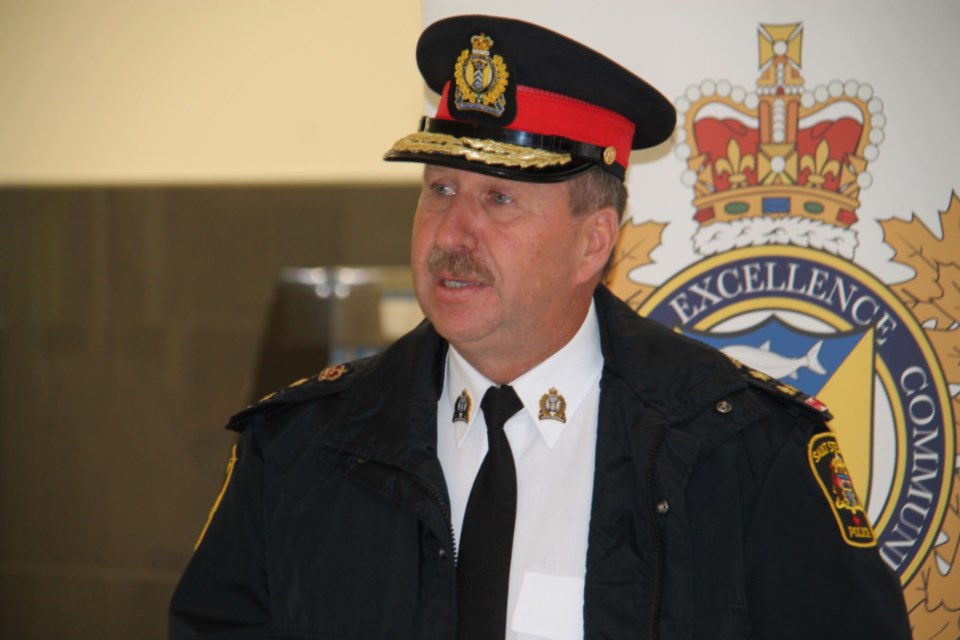 Sault Ste. Marie Police Service Chief Hugh Stevenson says a rise in property crimes over the first seven months of this year is a symptom of a system that is “just not working.”

According to recent statistics from police, the total number of break-and-enters from January to July of this year is nearly 27 per cent higher than the same time period last year, from 357 in 2019 to 453 in 2020.

Commercial break-and-enters have increased in the first seven months of this year when compared to the same period of time last year, from 65 in 2019 to 109 in 2020.

Residential break-and-enters have also risen nearly 12 per cent in the first seven months of 2020 when compared to the same time period in 2019.

Stevenson told members of the Police Services Board Thursday that the current system isn’t working due in part to law reforms passed by the federal government via Bill C-75 last year.

A recent study undertaken by Sault police on the impacts of Bill C-75 suggested that more and more people with multiple arrests in Sault Ste. Marie were being released back into the public after the legislation came into effect.

“Bill C-75 is now causing us to work three and four times on the same individual. Recently, we arrested a person three times in the same day for break and enter upon release,” Stevenson told police board members. “So that’s three occurrences that could’ve been one if they had been properly held.”

“We also had one in the last month where they were released on 27 criminal charges.”

Stevenson says public safety is a shared responsibility between police, social services and the system, and that the issue isn’t all about custody - it’s also about treatment and support for people who find themselves in and out of the system in cyclical fashion.

“The message has to be sent to the provincial government that we need a long-term drug abuse facility that’s accompanied by appropriate healthcare and appropriate housing to get these people out of the cycle of violence,” Stevenson told board members. “We’re very fortunate in this city to have a Crown attorney that works closely with the chief and the service and command staff, as well as social services, to come up with an alternative strategy specific to Sault Ste. Marie that deals with this cycle of going through the system and back out.”

The police chief pointed out a handful of projects being undertaken by the police service, including increased visibility with officers on bicycle and foot patrol, the jump station in the Station Mall and the launch of the Integrated Municipal Enforcement Team (IMET) – a collaboration between police, fire services, the housing commission and the city’s building and by-law departments – which aims to crack down on the owners of decrepit buildings and neglected properties that could potentially foster criminal activity.

Community safety officers to respond to complaints from public

Sault Ste. Marie Police Service also designated two of its officers as ‘community safety officers’ last week. Stevenson says they’ll work with a sergeant as a group in order to personally respond to public safety complaints, and will be able to offer the public some options in terms of issues surrounding crime prevention, drug investigations, human trafficking and the presentation of properties in the city.

“They’re really a unique group, because they get the opportunity to develop that personal rapport, because they’re not necessarily doing calls for service - but they’re building that relationship between folks that have been victimized and need solutions to their problem,” he said.

Community safety officers will also talk to business owners and complainants dealing with systemic issues in the downtown core, Stevenson tells SooToday, whether it’s prostitution, drug use or offences associated with both.

“We will work with them very closely – these folks will know these officers’ names, they’ll have their number, and I believe it’s a closer relationship with the community than we’ve ever had before,” Stevenson said.

Police, City to crack down on slumlords and their trashy properties
Sep 5, 2020 5:39 PM