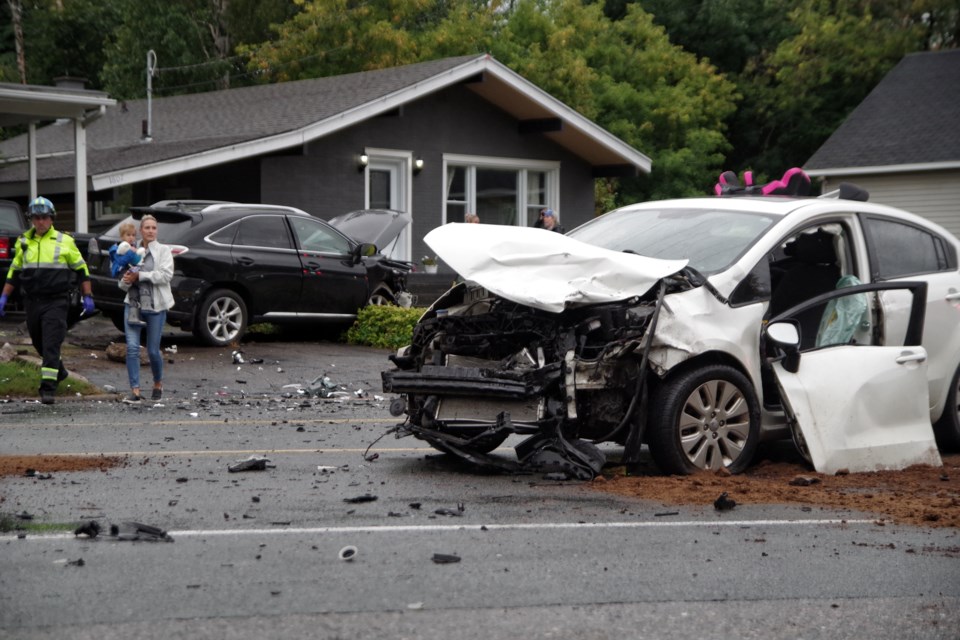 Police say a vehicle travelling south on Shannon Road failed to stop at the stop sign and collided with a vehicle headed west on Queen Street East. The crash happened around 9 a.m. on Friday.

Paramedics, police and firefighters were on scene and police said at the time that at least three people were taken to hospital. No further updates were available on the injuries suffered in the collision.

A dog that was in one of the vehicles died.