Samantha Mick is remembered by friends and family as a vibrant, outspoken woman
Oct 26, 2020 5:05 PM By: Carol Martin 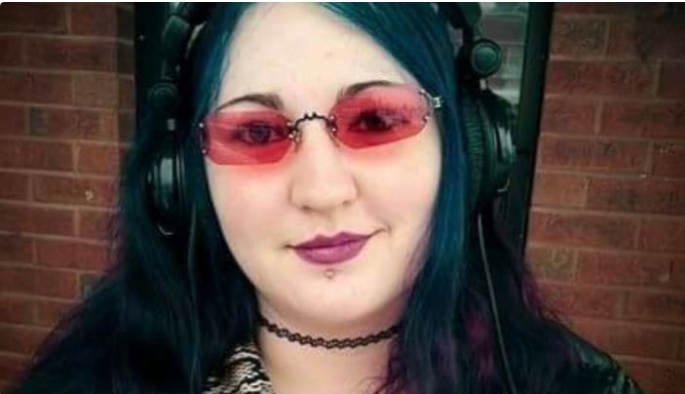 On Saturday. Samantha Mick succumbed to injuries she sustained in a crash on Oct. 10. Photo provided

Her father and step-mother, Glen and Shelley Mick, were at her side when she died.

Sam, as many knew her, was travelling down Second Line West on her e-bike, just seconds from her driveway, on Saturday, Oct. 10. at 8:49 p.m. when she was struck from behind by a pickup truck, said her father.

"The driver was distraught and stayed with her after police and an ambulance were called," he said.

She was airlifted to hospital in Sudbury where Glen and Shelley went to spend every minute they could with her as she fought for her life, Glen told SooToday on Monday afternoon.

This comes on the heels of another terrible loss for the family.

Glen's mother, Sam's grandmother, had been buried the day before and the family was mourning her loss when Sam was struck and fatally injured.

Sam's maternal grandmother also told us about Sam's love of Halloween and the Zombie Walk in the Sault.

Speaking to us from her home in Niagara-on-the-Lake, Kathryn Latour told us Sam would look forward to Halloween and the Zombie Walk, planning her costume and preparing for it much of the year.

That's why her family in the Sault and down in Niagara-on-the-Lake will be remembering her with a special Halloween gathering.

"We're going to honour her memory with pizza, scary movies and all the candy we can possibly eat," Latour told SooToday on Monday morning.

In the Sault, her family will be having a celebration of life for Samantha on Saturday during the day for small groups of her friends and family.

Samantha's ashes will be sitting with her close family members later that night when they watch scary movies together.

"She got along with everyone and could do anything she put her mind to," Latour said. "She worked at a lot of different jobs in the Sault. She was at Arby's for a short time and repaired computers for a while."

After she lost her brother and mother a few years apart, she found a 'chosen mother' Latour said. She became very close with Rita-Marie McNalty and her mother Lorraine Nevin McNalty.

Hers is a close-knit family, Latour said. On both sides.

"Jack Skellington from The Nightmare Before Christmas was her muse," Wilton said. "She was the strongest person I ever knew and also one of the kindest. Like the dragons she loved so much, she rose from the ashes of adversity."

Wilton has started a Go Fund Me campaign to help with the costs of Sam's final arrangements.

"She was very smart and suffered no fools," Latour said. "You always knew where you stood with her. She would tell you in no uncertain terms."

"Sam was a fighter," Latour said. "That's why I was a little bit surprised when she passed."

But her injuries were just too profound, Latour explained. She suffered spinal cord, head and chest injuries in the Oct. 10 crash on Second Line. It was just too much for her to come back from.

"She was a vibrant, fun-loving person," Latour said. "We are all going to miss her very much."