Police have called for a bear technician to assist in capture of the bear
Jun 11, 2019 8:04 PM By: SooToday Staff 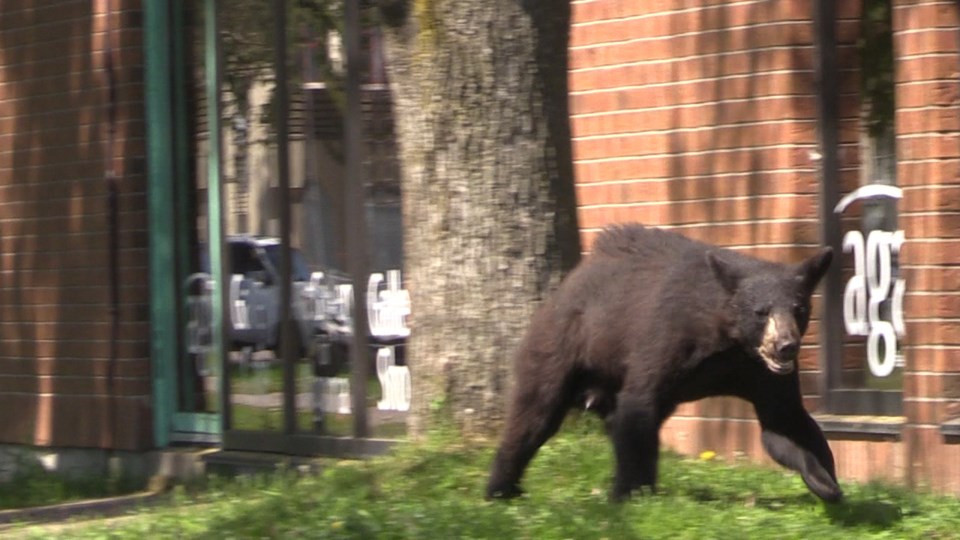 "Officers are awaiting the arrival of a bear technician to assist in its safe capture," Louttit told SooToday at about 7:45 p.m., Tuesday.

Reports of a bear seen jogging around downtown Sault Ste. Marie have continued to trickle in since we caught him on camera running from the parking lot behind the Paul Mall toward the Art Gallery of Algoma.

Most recently it was seen again near the James L McIntyre Centennial Library loping toward the waterfront through Clergue Park at about 6:45 p.m.

Then he was seen swimming across from Clergue Park to the Civic Centre and heading up toward Bay Street.

SooToday will have more on this story when information becomes available.