Her party is campaigning to slash the number of immigrants and refugees accepted into Canada. But Amy Zuccato of the People's Party insists she actually likes immigrants. Well, the right kind of immigrants
Oct 11, 2019 11:12 AM By: David Helwig 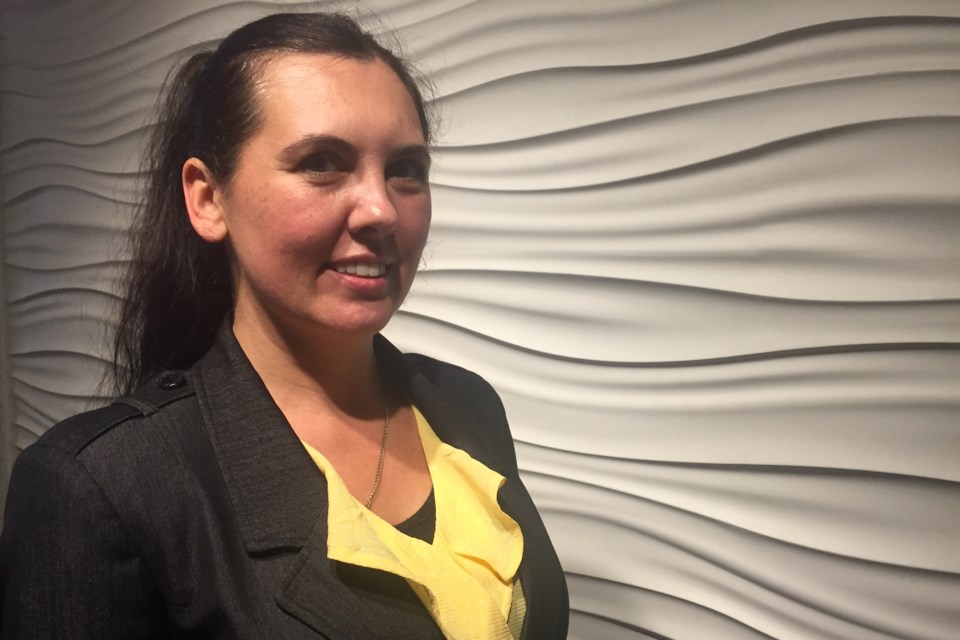 When not campaigning for the People's Party of Canada, Amy Zuccato makes extraordinary turkey sandwiches up on Fourth Line. David Helwig/SooToday

Maxime Bernier's People's Party is determined to slash the number of refugees and immigrants admitted to Canada, but his Sault candidate spoke favourably last night about the Liberals' Rural and Northern Immigration Pilot program.

"We think it's a great idea," Amy Zuccato declared during an all-candidates debate organized by the Strive Young Professionals Group.

"It wants to bring economic immigrants to fill a hole in the skills and the trades that we have lacking in our community. What this does is enable our economy to get boosted. It tells employers that we have the skilled trades here."

"Adding 10,000 specific skilled tradespeople for a population of 72,000. That's huge. That's going to bring the companies here and boost our economy."

Zuccato was speaking at the downtown Grand Gardens.

The Strive debate was moderated by CTV's Jairus Patterson who, interestingly, was himself a board member of Refugee 705, a grassroots nonprofit dedicated to supporting local refugees from Syria and other nations.

When she's not hitting the hustings, Zuccato serves up famous turkey club sandwiches at her Real Sandwich Bistro at 215 Fourth Line E.

She first came to public notice when she was photographed by SooToday during a Canadian Idol try-out 15 years ago.

The People's Party of Canada 2019 election platform calls for substantially lowering the total number of immigrants and refugees accepted annually to Canada, "from 350,000 to between 100,000 and 150,000, depending on economic and other circumstances."

The party proposes cutting our dependence on temporary foreign workers, instead receiving a larger proportion of 'economic immigrants' with needed skills.

"What we're saying is, we do agree with immigration," Zuccato said last night.

But Zuccato thinks we're accepting too many of the wrong kind of immigrant.

"You can't have an endless number of immigrants coming to the country. It doesn't work," she said last night.

As for refugees, the Peoples' Party advocates declaring the entire Canada-U.S. border to be an official port of entry for the purposes of refugee claims, rejecting anyone trying to enter Canada illegally.

Zuccato and four other local candidates were asked this question:

There have been criticisms that there have been very few discussions or mention of the immigration strategies throughout this election. What is your position on current immigration policies, and how do you think they could be improved upon?

Terry Sheehan, the incumbent Liberal candidate, said he was proud to have pushed on behalf of Mayor Provenzano and City Council to get Sault Ste. Marie included in the three-year, maybe five-year Rural and Northern Immigration Pilot. "There were many communities across Canada that applied, but we won because of our immigration services, the Sault Community Career Centre, the Immigration Partnership, to name a few."

Geo McLean, running for the Green Party, chose to respond to the question by talking about 'environmental refugees.' In the coming decades, the number of environmental refugees is expected to climb exponentially, because of rising temperatures and sea levels," McLean said.

Conservative candidate Sonny Spina said that thousands of people are entering Canada illegally and that is "stopping the flow of people who are actually coming the proper way, trying to be reunited with their families." The Conservatives have a plan, he said, "to deal with that crisis and to restore fairness, order and compassion to our immigration system."

New Democrat Sara McCleary described the Rural and Northern Immigration Pilot as an excellent program that her party would like to see made permanent. McCleary also called for streamlined recognition of professional credentials, citing an immigrant doctor who's been waiting in the Sault for six years for recognition of his licence credentials.