‘Significant' penalities would be imposed on social media platforms that fail to remove hate speech and other illegal content within 24 hours
Sep 29, 2019 11:35 PM By: David Helwig 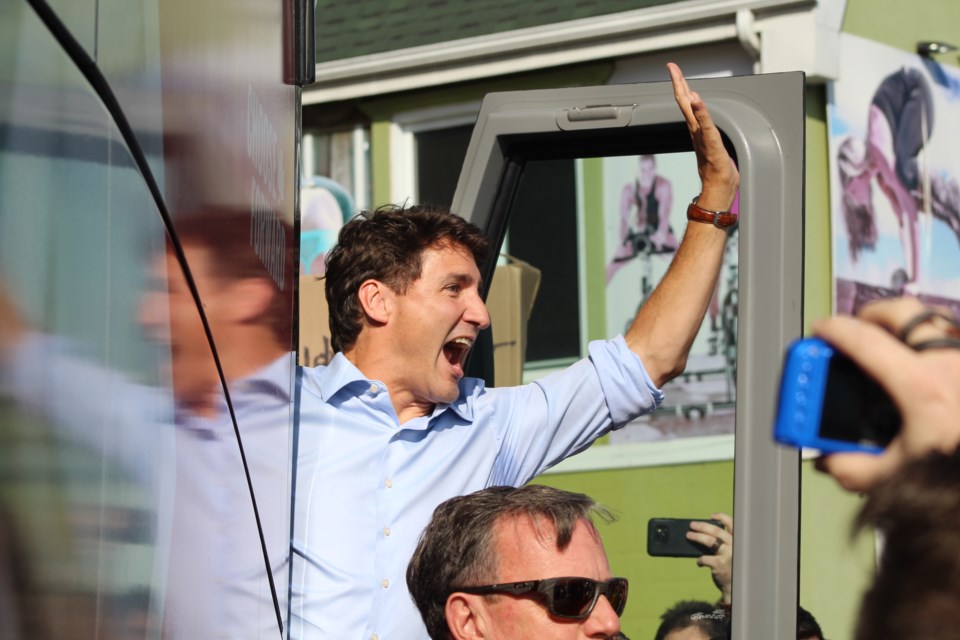 Justin Trudeau waves to Liberal Party supporters as he boards his campaign bus during a visit to downtown Barrie on Thursday, Sept. 26, 2019. Raymond Bowe/BarrieToday

Social media firms will have just 24 hours to pull down hate speech, online harassment and exploitative postings under regulatory changes proposed in the Liberal Party of Canada's election platform.

"Social media is a powerful tool," the party says in Forward: A Real Plan for the Middle Class, its 85-page platform statement released Sunday.

"At the same time, it can also be used to threaten, intimidate, bully and harass people – or used to promote racist, anti-Semitic, Islamophobic, misogynist, and homophobic views that target communities, put people’s safety at risk, and undermine Canada’s long-standing commitment to diversity," the document says.

"We believe that when social media platforms are used to spread these harmful views, the platforms themselves must also be held accountable."

"To help stop the proliferation of violent extremism online, we will move forward with new regulations for social media platforms, starting with a requirement that all platforms remove illegal content, including hate speech, within 24 hours or face significant financial penalties."

The proposed regulations will also include incitement to violence, exploitation of children, radicalization and creation or distribution of terrorist propaganda, the party said.

"Because hate speech continues to harm people online as well, we will also look at options for civil remedies for victims of hate speech."

The party began discussing regulating social media giants earlier this year after a post on the “Yellow Vest” Facebook page referred to Prime Minister Trudeau as a “traitor" who ought to be “hung for treasonous crimes.”

However, Trudeau initially said he saw government intervention as a last resort and he preferred trying to work with social media firms to find a solution.

In addition to a social media crackdown, the Trudeau Liberals are also promising now to add $6 million more over three years to their contribution to the Canada Centre for Community Engagement and Prevention of Violence, which spearheads the government's efforts to counter radicalization to violent extremism.

"To prevent the growth of groups that meet the criteria for being designated terrorist organizations, we will continue to collaborate with like-minded countries and international organizations to identify and criminalize these groups," the platform document said.

The Liberal platform promises that the average family will:

The Liberals are promising to eliminate all long-term drinking water advisories on reserves by 2021 and to address all major infrastructure needs in indigenous communities by 2030.

All indigenous communities currently relying on diesel fuel will be provided "clean, reliable energy" by 2030.

The party also proposes to fight climate change by achieving net-zero emissions by 2050.

"Young people understand this – that's why they are marching in the streets," the Liberal platform states. "We need to take our lead from young people and step up our fight against climate change. And we need to do it now."

The Conservative Party added up the cost of the Liberal campaign promises to $57 billion in "farcical" commitments that it said were "an attempt to cover up international embarrassment."

"Justin Trudeau's campaign promises added to his existing deficits will pile on $100 billion of new debt to the books. His deficit will hit $27.4 billion in 2020 and total debt by the end of Justin Trudeau's second term would be over $800 billion," the Conservatives said.