The great conjunction (or close to it) captured on camera 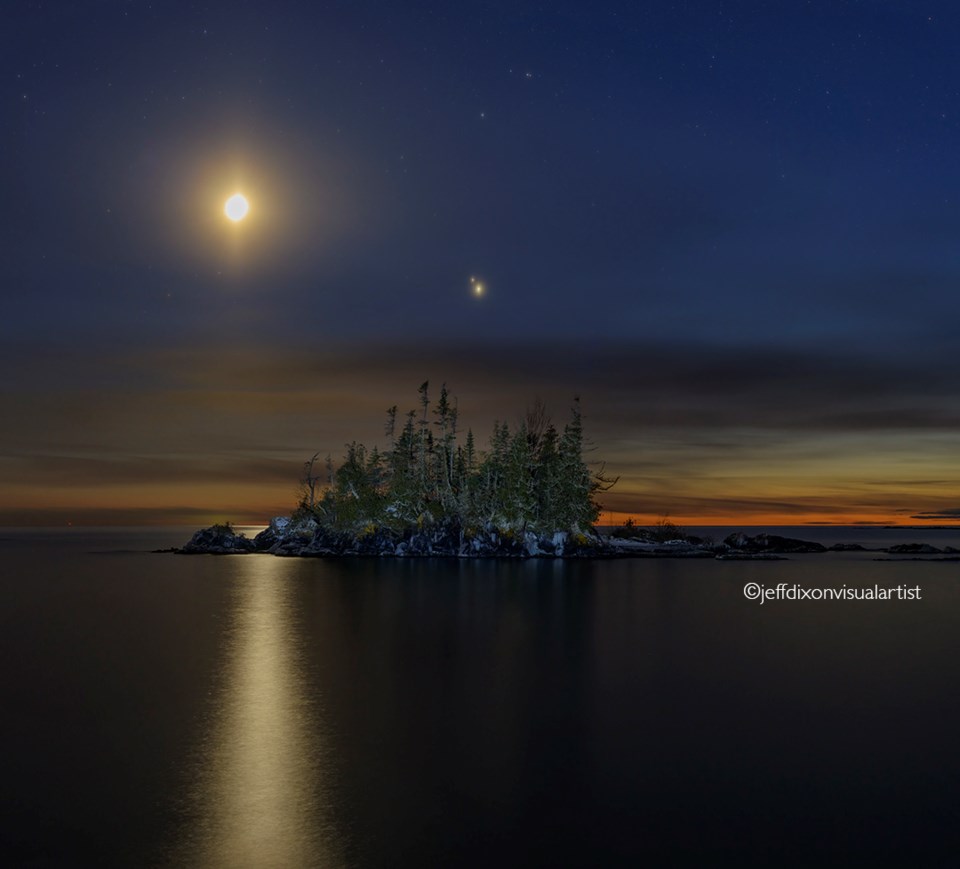 Jupiter and Saturn a few days away from their once-in-800-year conjunction captured over Lake Superior on Thursday night. Photo courtesy of Jeff Dixon

Three celestial bodies made a pretty close appearance in the twilight skies after sunset over the past two nights (Dec 16 and 17). Being an avid night photographer there was no question, I was going get out and witness this conjunction with my own eyes and try to capture the moment.

While loading my gear I noticed some clouds rolling in from the south just before sunset but decided to test my luck and head out anyway.

With our usual cloud-filled skies this time of year here in the Algoma region close to Lake Superior, I knew the chance was slim.

As the drive north progressed the skies kept clearing leaving only a thin haze of wispy clouds between myself and the beautiful glowing orbs. The thin crescent Moon was by far the brightest of the three and lit up the hazy clouds as the light passed through. Jupiter and Saturn the two largest planets in our solar system are days away from their closest conjunction in almost 800 years (as observed from Earth) and can be seen here only a few degrees apart.

On Dec. 21 the winter solstice they will come together as a single point of light to the unaided eye and will look like a double planet through binoculars and telescopes.

Look southwest in the evening sky about 45 minutes after sunset low on the horizon for a chance to see the beautiful and rare view of the two planets. To view more of my night photographs from around the Algoma region visit @jeffvisualart on Instagram or Jeff Dixon Visual Artist on Facebook.

Good luck to everyone trying to view the conjunction and here’s hoping for clear skies!