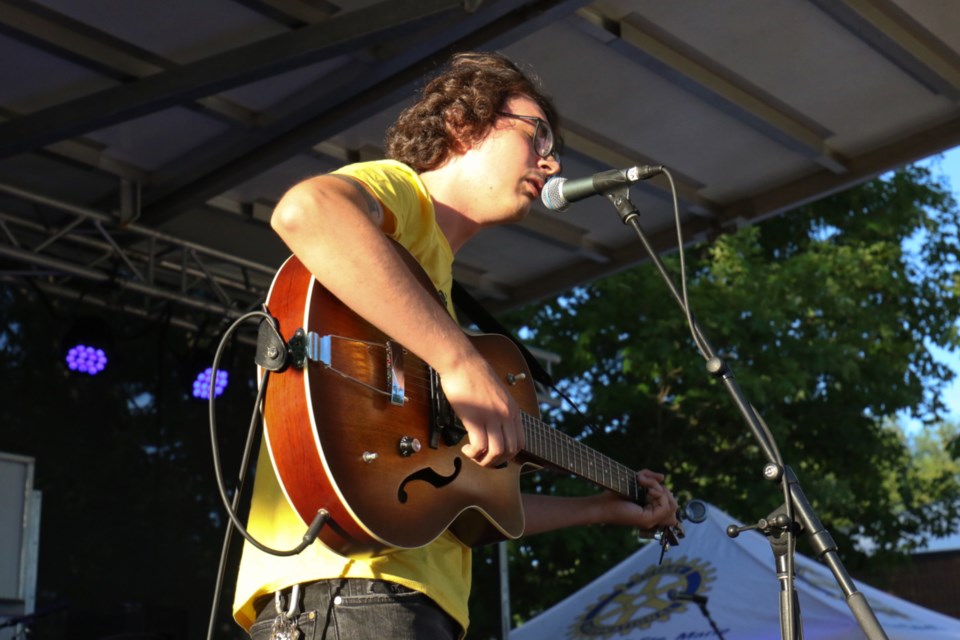 Local singer/songwriter Jackson Reed is back with two new catchy songs, entitled Back to Me and Go.

Following his previous Dark Areas of Description album and his EP entitled The November Gales, Reed told SooToday “I started recording the two songs about a year ago and I think they’re my best work yet. I really like the songs. They’re really catchy. I enjoyed writing the lyrics.”

“Back to Me is a love duet with my friend Mikaela Murtonen, and it kind of goes back and forth. Go is more of an introspective looking at life, asking ‘what’s going on here?’ and looking back at what I’ve done.”

An accompanying Jackson Reed & The Tweeds video was made for Go.

Those video scenes are mixed with glimpses of Ernie’s Coffee Shop and other downtown spots as well as the International Bridge, alternating with shots showcasing the natural beauty of Lake Superior Provincial Park.

The video was shot by Reed and Carter Lance, with animation by Henry Thompson.

Certainly not one to rush his work, Reed said, “Go was a completely different song at first. I was doing singing lessons with Mikaela. She works at Case’s Music. I’d come to her with songs and figure out how to play with them. It took about a year or two to get that into a final recorded song.”

“Music is expression. Music, and art, keep life interesting and colourful. Music makes you feel a certain way. It’s like a puzzle too, which you can think about, how to figure out and enjoy.”

“I have a lot of friends that play music so it’s really great for me to play there and be able to call upon so many great people to help me out and give me ideas, to go and watch and be inspired by, and listen to, professionals. There’s a bunch of great bands,” said Reed, who has played Loplops many times, as well as being involved with Dryer Fire, which holds shows at local alternative spots.

He described his music as “indie pop, indie rock, indie folk,” naming The Beatles and Bob Dylan among his musical influences.

Reed, 24, a Goulais River native who relocated to the Sault, has played and studied music, along with writing his own material, for the last 10 years.

He comes from a musical family, his brother Jona Barr with the band Old Cabin, with which Reed himself has toured.

Reed recently graduated from Algoma University with a major in music and a minor in visual arts, planning to earn a Bachelor of Education degree through North Bay’s Nipissing University.

With an adventurous, artistic spirit, Reed said he wants to relocate to BC this coming summer “for a change of place and to try something new,” intending to complete his Nipissing studies remotely.

“I’m going to try to get a van and just use the internet,” Reed chuckled, adding it will be rewarding for him to eventually guide other young people as a music teacher.

“Totally. I’ve been teaching guitar for the past year at Long & McQuade. It’s a lot of fun to see people have a light bulb moment. It’s a special type of interest and passion. I learn a lot from other people when I’m teaching music.”

While being a teacher will be his bread and butter at first, Reed said he still dreams big, of performing concerts at bigger venues.

“When touring is allowed again I’d love to go on tour with a band. I think recording is for the rest of my life and performing for people. I’d love to go to New York City and tour the U.S. That’s something I definitely plan to do.”

Reed’s music and Go video can be heard and seen online.