WORLD: In the midst of coronavirus concerns, here's how quarantines work in Canada

When news of Canada’s first presumptive case of novel coronavirus emerged on Jan. 25, officials said that the man was placed in isolation in Toronto’s Sunnybrook Hospital.
Jan 29, 2020 5:58 PM By: Global News 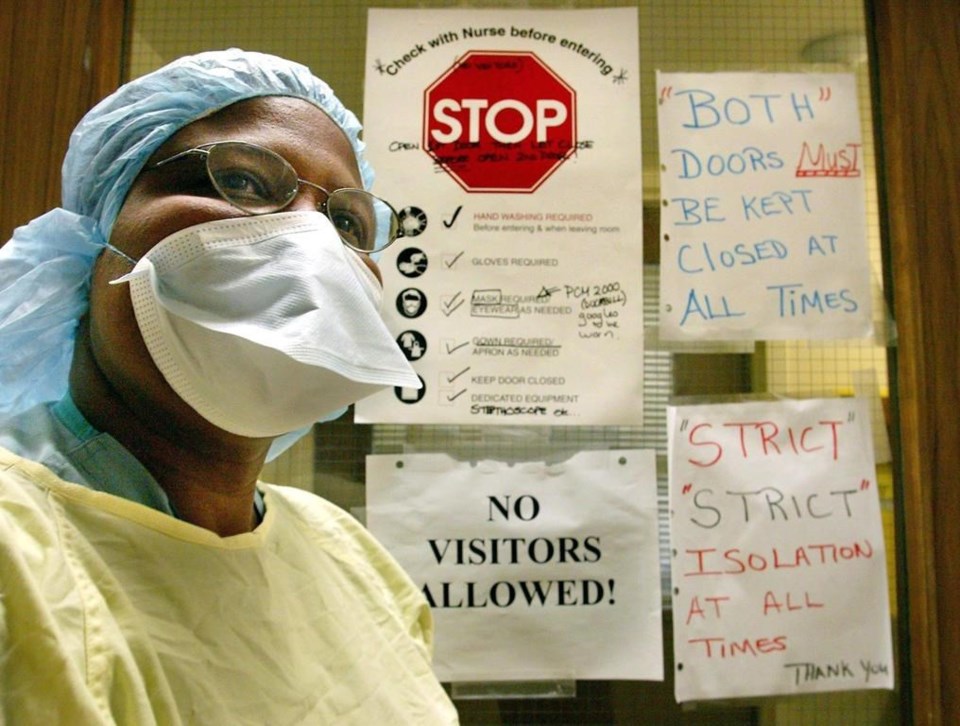 When news of Canada’s first presumptive case of novel coronavirus emerged on Jan. 25, officials said that the man was placed in isolation in Toronto’s Sunnybrook Hospital.

He was in a “negative pressure room,” said a hospital official, and health care workers were using personal protective equipment as they cared for him.

Here’s what that means, and how quarantine and isolation work in Canada.

According to Dr. Michael Curry, an emergency physician in Delta, B.C. and a clinical professor at the University of British Columbia, “quarantine” usually technically refers to a legal order put in place by a medical officer or even a provincial minister.

Laws vary from province to province, but generally, a health official can legally command that someone comply with the order, for example, by forcing them to stay in their home and not allow visitors, he said.

“The powers can be quite far-reaching,” he explained.

“And in rare cases, these are enforced by court orders.”

More frequently, though, patients with possibly communicable diseases are put in “isolation” at a hospital or choose to isolate themselves at home, he said.

It’s a precautionary measure, and most patients are happy to comply, but it doesn’t carry the weight of a legal requirement, Curry said.

Under the federal Quarantine Act, the federal government has the power to protect the population from threats to public health from travellers — including issuing travel bans against people coming from specific locations. They can also require that travellers undergo medical examination.

Staying away from others

In a hospital setting, isolation means a separate room away from others, where medical personnel take extra care before they enter, such as putting on a gown, a mask, gloves, and other such things, he said.

Family is often able to visit, but they have to take the same precautions as the medical staff, he said, such as putting on a mask or gown before they enter.

Isolation isn’t that unusual at hospitals, Curry said. At his hospital, they will routinely have three or four isolated patients per day. It’s a pain for the staff — just getting a patient a glass of water can require putting on all kinds of protective equipment — but it’s a precaution to prevent the spread of infection.

“It really does slow down staff,” he said.

Depending on their symptoms and what illnesses doctors think they have, some patients might be placed in a “negative pressure” room. This is simply a room where the air is sucked inwards and ventilated out through special filters, Curry said.

This means that if someone opens a door, they’re not blowing contaminated air into the hallway, explained Stephen Hoption Cann, an epidemiologist and clinical professor at UBC’s School of Population and Public Health.

“Sometimes you go into a store in the wintertime and the doors will open, you feel all this hot air rushing out,” he said. “That’s positive pressure.”

Negative pressure would be the opposite — a slight vacuum to make sure everything stays in, he said.

But if a person’s symptoms aren’t too bad, they might just be asked to stay home rather than going to a hospital, he said.

“If a person can be stable and can be quarantined at home, that might be the best option.”

Two of Canada’s three coronavirus cases so far are in voluntary isolation at home.

Health care workers could call several times a day, or visit occasionally to check up on them, Hoption Cann said.

“This way, they’re not being transported, which could possibly contaminate the ambulance or paramedics that are transporting them and then going into the hospital system.”

Getting in and out

The decision to put someone into quarantine or isolation is made by medical professionals, based upon the perceived danger to others, Hoption Cann said.

There is guidance from the province on how to make those decisions, but it’s the individual physicians who make the call, he said.

The decision to bring someone out of isolation is also made by the medical team.

They usually make the call when someone’s symptoms have died down, Curry said. “If you don’t have a runny nose, if you’re not coughing, if you’re not sneezing, you’re probably not spreading that virus terribly effectively.

“It’s reasonably safe to think that when symptoms go away, your ability to spread the virus also goes down markedly.”

In the case of a new virus, like this coronavirus outbreak, it’s a trickier decision to make, simply because doctors don’t know everything about how the virus spreads or how long someone might remain contagious, he said.

“This virus, basically we’ve only known about it for a month,” he said. “And so it’s hard for me to give hard answers.”