And why buying a new console requires thinking beyond brand loyalty.
Jan 12, 2021 4:00 PM By: Brett Luft 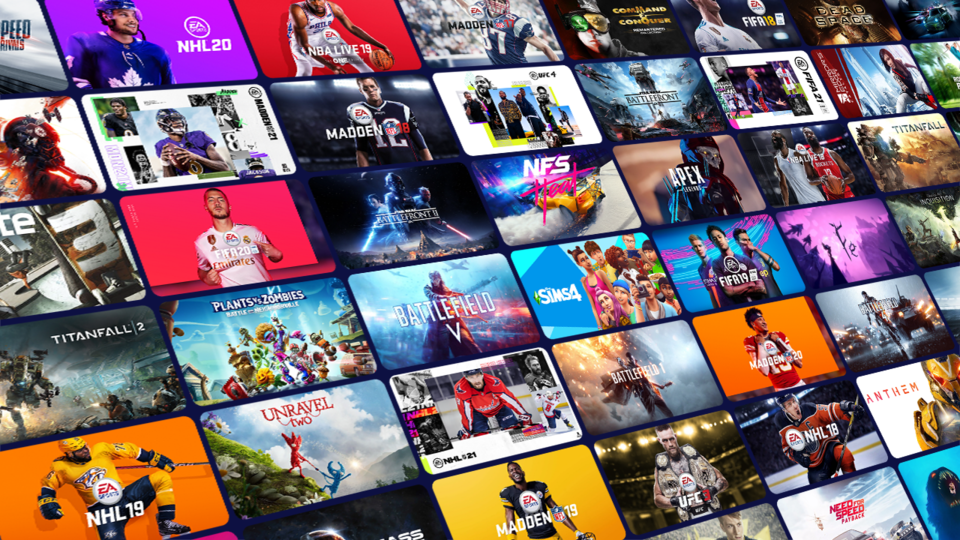 With the launch of the next-generation consoles, subscription services like EA Play and Xbox Game Pass are becoming more relevant.Image courtesy Microsoft

Happy New Year and welcome to the final edition of Village Arcade’s three-part series on next-generation gaming. A few weeks ago we talked about the pros and cons of the leading edge storage options in the PlayStation 5 and Xbox Series X, and the week before we talked about the visual potential of the new consoles.

This week I’d like to talk about something on everybody’s mind: which console (if any) is the best purchase?

Some early adopters are able to get both consoles, but most people will have to choose between one or the other—so this question is especially important to those groups who haven't made up their mind yet.

In the past, console loyalty was simple: you picked the console with the exclusive franchise you wanted the most and for me, that meant I made my decision based on the biggest exclusive title.

Xbox and the Xbox 360 won my heart with Halo, but the PlayStation 4 gained my attention with exclusive Destiny content.

But that’s all changed with this console cycle. Microsoft no longer has true exclusives as they are moving toward a gaming ecosystem that covers Xbox, PC gaming and even mobile gaming. Sony, on the other hand, has completely doubled down as the go-to premium console experience with the biggest exclusives.

So, with that being said, what benefits do each of the consoles offer? Answering that question requires you to really think about what kind of experience you want to have with gaming.

Are you looking for an easy to use system that has everything you might need, or are you looking to be blown away by what feels like an exclusive, premium gaming experience?

For the past five or so years, Microsoft has been shifting their focus from selling to consoles to creating a gaming ecosystem. In 2019, head of Xbox Phil Spencer told the Verge his business goals weren’t to sell consoles—it was to get people playing games.

And Microsoft has proven this with its Xbox Game Pass service. The Xbox Series X is an impressive piece of hardware, but Xbox Game Pass is where it truly shines.

Game Pass is essentially the Netflix of gaming and acts as a gateway into Microsoft’s ecosystem. Starting at the low price of $9.99 a month (or $1 a month for your first three months), Xbox users can download and play games from Microsoft’s first-party game collection and more than 100 games from third-party publishers.

For an additional cost, Microsoft will extend that subscription plan to both PC and Xbox (the lower-priced plan only includes one device), Xbox Live and xCloud—a mobile gaming service that allows you to stream Xbox games to your Android device from the cloud.

Xbox Game Pass is truly the culmination of Microsoft’s efforts to connect gamers with games and it doubles as a gateway into Microsoft’s ecosystem.

It’s a difficult plan to resist if you’re looking for a ton of games on a budget, especially considering the two higher tiers of Microsoft’s Xbox Game Pass subscription come with an Xbox Series S or an Xbox Series X with no down payment needed.

But Microsoft’s options have also paved the way for Sony to solidify itself as a premier provider of a narrative gaming experience.

While Microsoft has spent the latter half of the past decade building its gaming empire to make people feel included and immersed in as much as gaming can offer, Sony has doubled down on exclusivity and presentation—and there’s no better proof of this than the PlayStation 5.

The PS5 feels like a premium gaming experience. It was designed from the inside out to be as sleek and polished as possible. Everything from the menus to the actual hardware is designed to stand out as an evolution over its predecessors.

But the PS5 isn’t just pretty—it has a growing list of exclusive AAA games, from Marvel’s Spider-Man to Horizon: Forbidden West and a number of other beautiful narrative experiences.

Sony has built an incredible collection of blockbuster titles and even though it might be a few months before the depth of their lineup is truly realized, my first few weeks with the console has been mesmerizing as I see how polished everything is.

Even the PS5’s game subscription service is focused on detail and blockbuster titles rather than the number of third-party titles on the service. Games like God of War and The Last of Us Remastered are available to download and play similarly to Xbox Game Pass, but the total list of games is much smaller as Sony has focused more on the highest quality AAA titles.

This fits the feeling Sony is aiming for with the PlayStation 5, as the PS5 aims to be the centrepiece of your living room entertainment.

The death of the console wars

What this all means to me is that the console wars are a distant memory. The difference between the PS5 and Xbox Series X isn’t solely reliant on the exclusive games each console has to offer, but the experience it offers as a whole.

Microsoft’s entry into this generation feels more like gaming as a service, while Sony has doubled down on high quality presentation.

I spend most of my time gaming on my Xbox Series X because it has the biggest library of games because all I need to get started is the console and a Game Pass subscription.

But even though I spend more time in the Xbox ecosystem, my PS5 has given me the most “wow” moments because of how captivating its exclusive selection is.